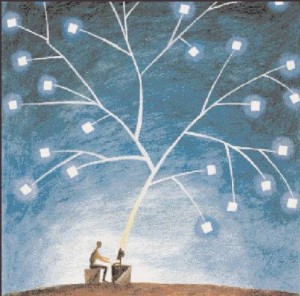 With the recent move of our Good Letters blog from the Image website to the larger platform here at Patheos, I’ve had to confront the fact—publicly, no less—that in the sphere of social media I’m something of a recluse, if not a misguided Luddite.

It was one thing when hosted at Image to see that while some posts of mine garnered a mere one or two comments, others received none. Yes, there were those that precipitated a small cascade, but generally speaking, I’m no Sara Zarr (although I adore and applaud her as much as all her devoted readers do).

It’s been another thing altogether on Patheos where comment numbers are a potential source of embarrassment, but worse, so are Facebook shares and likes, Tweets, email shares, Share This shares, and Google+ shares.

While some bloggers in the group regularly generate numbers in the hundreds on one or more of these badges, my numbers often require no more than two hands to count.

I really know how to put the pathetic in Patheos.

The fault is all mine, of course, what with my ongoing abstention from all forms of social media except email.

I’m only being snide, and I’m not nearly as reconciled to my choices as I sound. My reluctance to get with the program stands—albeit on ground growing shakier by the day—when so much else in life already feels programmatic.

It’s not a matter of values, at least not in the main; but of time, and time-management. Simply put, where do you get the time? And if time’s not a problem for you, then where do I get it?

Email alone has me tied up enough, thank you very much, on top of my obligations at work and at home, with kids and deadlines and bills and diapers and scripts and manuscripts and dishes in the mix.

I’m well aware of the upsides that come with the plunge: Old friends found. New friends made. And opportunities, great and small, that never would have happened without electronic connection.

While connections missed on the personal front leave me with a twinge of regret, I can only wonder if my career has suffered in ways I’ll never know from those missed on the professional front.

But it’s exactly that kind of thinking that I resist in part—the notion that I need to be doing more, more, more than I already am. I thought I was a human being, not a human doing.

And if I have to know what you’re eating for dinner tonight in order to be friends with you, well, “Bon Appétit! You may Tweet!” But I don’t care.

To be frank, given the regular reckoning of time spent with my own kids in the workaday world, I’m not so keen to be constantly updated on the activities of yours.

What’s a friend, father, and writer pressed for time to do?

Recently, a note was sent to the Good Letters team from our minder-in-chief at Image, Greg Wolfe, regarding the group effort to boost our own publicity at Patheos.

As Greg pointed out, “one major factor in how much a particular post gets circulated has to do with your own online footprint.” While he reassured those of us who generally abstain from Facebook, Twitter, and the like (I’m not the only one) that we would never be pressed to adopt the social media lifestyle, he reminded us and rightly so, that it’s a factor.

There’s my Gmail account, but that doesn’t really count. There’s my IMDB page, and a YouTube video of me being interviewed by NBC News during the Writer’s Guild strike in 2007. And I believe there’s an obscure fan-site that pays undue homage to the fact that my brothers (both actors) and I work in the business.

Beyond these traces, there may be links to a small number of publications in poetry and prose, but since I’ve never Googled myself, perhaps more out of pride than any apparent modesty, I can’t be sure.

Oh how much bigger that online footprint could be.

In theory I’m uncomfortable with the self-promotion required to maintain a bigger footprint. I want to be read and shared and commented upon as much as anyone, but I don’t want to have to walk into the online marketplace wearing a sandwich board that reads: Like me!

For there’s a stench of desperation in that marketplace with untold others doing the same, a toxic cloud of striving that is contagious at best and debilitating at worst.

Or it’s just what you do, so get over it, Brad, and yourself while you’re at it.

Either way, though, is this the full story behind my willfully small footprint? Is it really just about my being so busy on the one hand, and uneasy with the one-man marketing team that is required on the other?

Or might there be another reason behind my relative reclusivity, an underlying one that has more to do with things spiritual than practical, with the very faith-based reasons for which this blog exists?

But you’ll have to join me next time I post to find out why. How’s that for self-promotion?

July 30, 2012 In the Company of Women, Part 1
Recent Comments
24 Comments | Leave a Comment
Browse Our Archives
Follow Us! 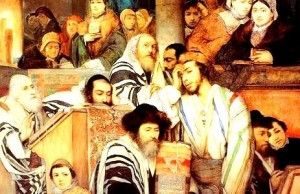 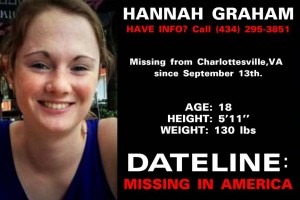 Catholic
Hannah Graham and a Silence too Loud
Good Letters 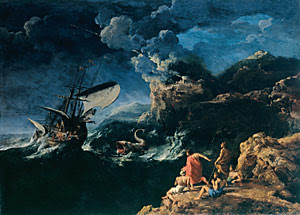