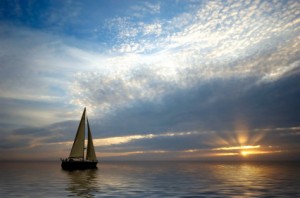 It’s Monday morning as I write this post. Monday morning, with all that implies: back to work (or school), back to the grind, back to those five days we get through until the next weekend. Wednesday as hump day, TGIF, and all that.

Not everyone lives this way—or needs to. When I started freelancing, I no longer needed to divide my days into weekday and weekend. I could write whenever I wanted, complete freelance editing jobs at two in the morning if I wished, sleep until noon. I didn’t. I knew that if Monday started to feel like Saturday, I’d be in trouble.

I need structure, and when I haven’t found enough of it in my surroundings, I’ll go creating it. I do not exaggerate when I tell you that, as a child, I made up to-do lists for fun, taking pleasure in checking off imaginary obligations. Too much unstructured time makes me nervous.

Some years ago, swamped by depression, I dreaded the weekends. Living alone, and hardly in the mood to make social plans, I found myself panicked as Friday approached. The workweek had been tough enough, but with a class here or a job due date there, I managed to make it through. But the weekend?

The weekend, as everyone from the radio announcer to the cashier at Safeway reminded me, was fun time: “Have a great weekend!” When you’re depressed, few words seem more cruel. Weekends struck terror in me, so what did I do? Most of the time, I invited myself over to a friend’s house, where at least I wouldn’t be alone.

I’m no longer depressed, nor do I live alone. Weekends now provide time together for my husband and me—to go for a walk, watch a movie or the playoffs, sleep in, or simply pay bills in the same room.

Now, by the time Monday morning rolls around, I suffer separation anxiety. For a brief bubble of time after Craig has left for work and I’m not yet dressed, I feel a mild, minor echo of that panic I used to feel—what now? What will I do?

Plenty, of course, between novel revisions and teaching prep and posting to Good Letters, between going through emails and writing up comments for my writers’ group and soaking garbanzo beans to make hummus. But there’s always that moment—sometimes stretched into thirty or forty minutes, sometimes over in the time it takes to climb the stairs after kissing Craig goodbye at the door—of transition, of adjustment.

Some months ago, the Sunday gospel featured Mark’s story of Jesus calming the storm. That day, and for the months since, I’ve found myself coming back to the phrase “dead calm,” as the New Revised Standard Version translates it.

I’ve heard and read this passage many times, but this year the irony of dead calm has stayed with me.

Dead calm goes beyond a great, or complete calm, as other translations have it. In fact, I’d argue that a dead calm in some ways isn’t calm at all: A boat at sea without wind?

A friend spent some time in such a situation one day, with the sun overhead and not much drinking water. In that scenario, how many of us would be calm?

I’m a stronger swimmer now than I was at age thirteen, when I came close to drowning off Newport Beach. That summer day, as my ten-year-old cousin and I felt ourselves carried out beyond the point where we could touch bottom, I wasn’t panicked. A few strokes, and we’d be back on shore. But that’s not how it happened.

The details are blurry these many years later, but I remember this: Surfers helped us, one of them bringing in Stephanie and the other staying with me, until he too tired out and had to call another surfer for help. I grew so tired and weak that as the third guy helped me to shore, the waves breaking over us, I felt each wave push me down slowly. And then my own body rose so slowly that I felt utterly calm, watching myself from afar.

So last week, as our anniversary-celebration vacation in Hawaii drew to a close and Craig and I took one last swim out to the buoy, I didn’t worry when getting back to shore took longer than it might have.

I could feel the rip current, but I knew to cut my path at an angle, to not swim perpendicular to shore. I knew, too, that my breaststroke, honed by years in the pool, would carry me. When I turned back and saw my beloved’s head, a good fifty feet behind me, I waited, floating, for him to catch up. He didn’t.

I paddled back to him, not wanting to show worry. “Stronger today, isn’t it?”

“Yeah.” He paddled some more and then let out a sound. Half-groan, half-yelp, it made my heart stop.

“You OK?” I turned and swam back to him.

He said something I couldn’t hear at first. “It’s hard to breathe. I feel like I’m not getting anywhere.”

“You are. Try to breathe more slowly,” I said. “We’re almost there.”

Was this it, I thought—a year of married bliss and then a disaster in paradise? One more loss in a litany of losses? I didn’t let myself go there, although later, showering off the salt and sand, feeling the shower water cleanse me, I felt a shudder of what could have been move through me.

Soon, we both touched bottom, and a few moments later stood waist-deep, hands clasped. His eyes still burned with panic. It’s the ocean, we reminded each other. We shouldn’t have gone so far.

“Next time you feel tired in the water,” I said, “lean back and float until you feel more rested. And then kick like hell.”

October 22, 2012
King of Kings and Showrunner of Showrunners
Next Post

October 24, 2012 A Tale of Two Rivers
Recent Comments
2 Comments | Leave a Comment
""It doesn’t matter when you start the Sinatra Christmas playlist or put up your tree. ..."
C_Alan_Nault How to Win the War on ..."
"Yup."
Max Marvel Finding My Inner Calamity Jane
"I an confused by the use of "aural" here: "In The Gutenberg Galaxy, he explained ..."
William G II The Gutenberg Imagination
"My friend is looking for a Pepper Smith he served in the army with, was ..."
Christine Budnack The Love Song of Pepper Smith
Browse Our Archives
get the latest from
Catholic
Sign up for our newsletter
POPULAR AT PATHEOS Catholic
1 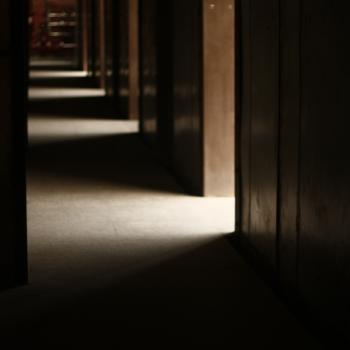 Catholic
The Cost of Writing the Truth
Good Letters 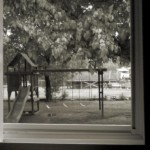 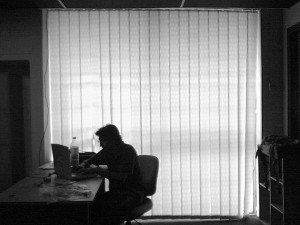