The Last Taboo in Hollywood, Take 2 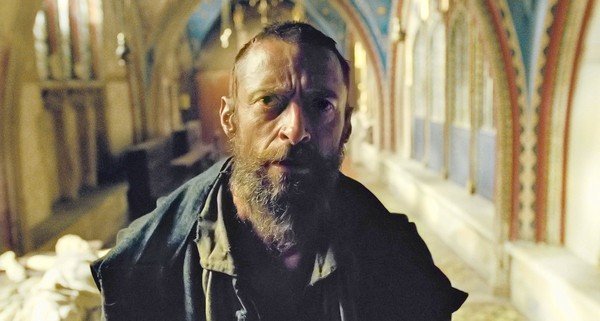 I didn’t plan on there being a second take when I sat down to write “The Last Taboo in Hollywood,” my recent post here at Good Letters that took issue with the gross lack of anything but lame portrayals of Christian characters in TV and film.

But after years of working in the business myself, I should have known better: only a fool ever expects to nail a scene—or in this case, a post—in one take.

Granted it was hard not to feel a certain ballast to my argument: here I was, a Christian screenwriter taking aim with secular critics at the History Channel’s massively popular and equally cheesy ten-part miniseries The Bible, which I only endured for the first twenty minutes.

The writing was on the wall, as James Poniewozik of Time so aptly put it: “So we may see more TV for religious believers as a result of The Bible. What I’d love to see—but am not so sure we will—is more TV about religious believers.”

Building upon his argument, the essence of my own could be summed up in two of its middle paragraphs:

He doesn’t mean specifically or only Christian believers, of course, but for my purposes here the C-word in Hollywood apparently stands for this faith tradition more than anything anatomical, Christian characters being perhaps the last taboo after all of the industry’s self-congratulatory progress in portraying women, minorities, and gays.

Quick: Name a memorable Christian character in recent TV or film—say the past thirty years—who wasn’t either a loser or a wing-nut, a despicable charlatan or a pathetic saint, but a likeable and, yes, flawed character, and one whose central flaw wasn’t his or her faith.

I was sure to mention a few exceptions to the rule that immediately came to mind, but still, the argument was inarguable—in my mind, at least.

And the first handful of comments from readers generally affirmed this, with mention made of certain other exceptions to the rule in their viewing experience.

Then one J.A.A. Purves weighed in, citing with off-handed quickness three characters in television from HBO shows alone: Reverend Smith on “Deadwood,” Richard Harrow on “Boardwalk Empire,” and Ben Hawkins on “Carnivale.”

Fair enough. But this was then followed promptly by a second comment pertaining to film, which kept its focus on the past ten (not thirty) years with a list that includes thirty-five characters in twenty-three movies.

I would copy the list here to give you a sense of my shoe-in-mouth meal that same day the post appeared, but it would eat up a solid quarter of my allotted word count.

To that end, however, the Image staff has helpfully “compiled a list of all the Good Letters readers’ recommendations for films and television shows that feature more nuanced portrayals of faith” in response to my question, which can be read here.

Purves let the list speak for itself, judiciously declining to take me more to task than she or he likely felt quite tempted to do.

In picking up the pieces of the supposed ballast to my argument, I posted the following reply:

Thank you for both comments, and for the long enlightening list. Some of the projects you mention I’ve seen but didn’t recall, and various others I’ve never seen. Originally my point was to name a handful, then I revised that to one for (arguably ill-advised) effect—glad I stand corrected to the extent that you can name a bunch of handfuls! And I probably should have weighted the argument more toward television.

But I think the overall point still stands: a major subject in the real world for the most part seems to suffer short shrift in the screen world. Even sympathetic characters don’t always mean the subject in question gets its narrative due.

A-ha! So that’s what I was talking about: characters, yes, but also stories that dramatically impinge upon matters of faith and belief. Or, to put it differently, characters whose being Christian has no real bearing upon the story in play.

Certainly not the kind of fit-for-Christian-consumption projects that The Bible would inevitably spawn, but ones that explore the messy, complex, and personally apocalyptic side of faith. (As those from Purves’ list that I haven’t seen probably do.)

Yet as Susan Isaacs astutely pointed out in her reply that praised Lars and the Real Girl for its portrayal in the Christian vein:

Faith works in the movie because it’s not the central focus. The big question hanging over the movie is, “Will Lars get better?” Not, “Will Lars apply his Christian faith to getting better?” or “Can Christians save the sickest of people?”

Still, the theme of the movie shows up in the second scene. Lars is sitting in church, and the pastor says it. “We need not ask what Jesus would do. He said so: Love one another.” And it’s off-camera while Lars is playing with a children’s toy. Brilliant.

In other words, a story about faith is, as Emily Dickinson would prescribe, told aslant.

Interestingly, Susan Isaacs herself takes a very direct approach to the subject, and successfully so, in her brilliant memoir Angry Conversations with God, whose winning conceit places Isaacs and God on a collision course in couples therapy.

And lest I or anyone else forget, the slant approach is hardly just a human dictum prescribed by Dickinson: God employs the parabolic mode throughout the scriptures, Old Testament and New alike.

I have to cut here, but more is to come. Even at the outset of this second take, I didn’t think there would be a third. Once again, I should have known better.

Tomorrow, in Take 3 (I can assure you there won’t be a fourth!) I’ll touch on how the original post and its aftermath helped me reckon what my better intentions were at the outset.

April 16, 2013 The Last Taboo in Hollywood, Take 3
Recent Comments
14 Comments | Leave a Comment
Browse Our Archives
get the latest from
Catholic
Sign up for our newsletter
POPULAR AT PATHEOS Catholic
1

Apologies of a Pro-Choice, Pro-Life Catholic
No, I'm not going to offer expressions of remorse for outing myself...

A Thought On Mike Pence's Dilemma
It keeps getting reported over and over that Mike and Karen...
view all Catholic blogs
What Are Your Thoughts?leave a comment
Copyright 2008-2020, Patheos. All rights reserved.