The Last Taboo in Hollywood, Take 3 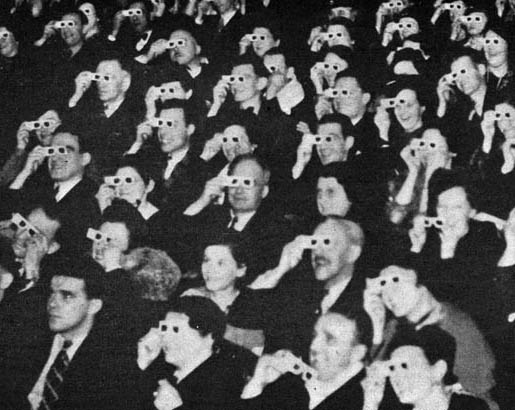 In yesterday’s post I did a “second take” (in keeping with the Hollywood motif) on my first post in this unanticipated sequence. Take 2 reconsidered my original point about “the gross lack of anything but lame portrayals of Christian characters in TV and film” in light of comments from readers that helped to correct me on one front (quantity of more nuanced portrayals) and adjust the terms of my argument on another front (quality of such nuanced portrayals).

In this latter vein, one reader’s comment on the oblique treatment of faith in Lars and the Real Girl brought to mind Emily Dickinson’s famous dictum to “tell it slant.” And lest I or anyone else forget, God himself subscribes to the same aesthetic with the parabolic mode throughout the Scriptures.

That said, stories told head-on about faith also have their due, as Ingmar Bergman’s Winter Light and Robert Duvall’s The Apostle both so effectively attest. Undoubtedly films like these meet a certain need in me for a full-frontal view of faith that is often hard to look at.

But my needs aren’t necessarily my neighbor’s needs, and to this extent it would have been fitting for me to make a qualifying statement or two in my criticism of The Bible that allowed for its potential impact on other viewers.

Over Easter weekend we were joined by a family acquaintance who had seen the miniseries but not read my post, and she spoke to how surprisingly affected she had been by the mini-series.

Maybe she stuck with it past the first twenty minutes; or maybe my own critique was not without a touch of cynicism and pride. A little yeast leavens the whole loaf. And though she hadn’t read the post, I still enjoyed my other shoe for a side dish with the leg of lamb on Easter Sunday.

Keeping my sense of repentance in check, though, was difficult when a jousting comment from Rick came on Maundy Thursday. I thought it better to let Holy Week pass before I replied, and for good reason given the tenor of his comment:

TV and movies don’t show Christian characters for the same reason they don’t show a lot of middle managers—the point of fiction is to tell a story, not to affirm the mundane details of your life.

If Christians need to see a lot of Christians just like themselves on the screen, I think they are essentially asking Hollywood to “make me feel good about myself.” Statistically, about seventy percent of Americans consider themselves “Christian” (Protestant, Catholic, evangelical, whatever). Asking Hollywood for a shout-out to the overwhelming majority is like asking them to praise everyone who ate cereal this week.

In the first draft of my reply I bit hard on the bait, with an opening I was wisely advised to cut for its emotional charge:

Such a pitiful pathetic bunch, this overwhelming majority of spiritual middle managers who won’t feel good about ourselves unless Hollywood deigns to grant us a shout-out. Please. Following your cereal trope, this argument has as much weight as a bowl of Froot Loops.

After undoing the hook from my mouth, I then posted a more measured reply:

That’s a pretty big piece of bait on the line, and it’s probably best that I don’t bite too hard. Yes, the point of fiction is to tell a story; but what’s the point of telling a story? Kenneth Burke said it well: “Stories are equipment for living.”

The reason I’d like to see more stories onscreen that impinge upon the Christian experience is not so that I can feel better about myself for a shallow sense of inclusion in the public discourse thanks to entertainment; politics does that just fine all on its own. Rather, I’d like to see more of such stories for the equipping function that Burke cites.

The logic of your claim that Christians who feel underrepresented onscreen simply want Hollywood to “make them feel good about themselves” would seem to suggest that this same design has been the motivating force in efforts by women, minorities, and gays toward greater representation.

But that logic would be offensive in the latter application, wouldn’t it? (I don’t put Christians in remotely the same camp as these other groups, by the way, just to state the obvious for the very reason of demographics that you cite.)

There are ways my argument did go wrong in the post, which I plan to address in my next post; but the implication you make here wasn’t one of them.

Nevertheless, I’m thankful to Rick for helping me to clarify further what perhaps were inarticulate intentions beneath the surface of my post: not so much to make a sweeping thesis statement about the C-word in Hollywood that at least one reader like Purves could easily refute, but to ask why the very subject even matters in the first place.

Because in addition to the whole armor of God—the breastplate of righteousness and the shield of faith, the helmet of salvation and the sword of the Spirit—the narrative equipment of stories play a central role in the battle that is life.

How? By inspiring us—that is, by “breathing into” us. The same primal transaction between God and Adam, the Creator inspiring the creature with life itself, reverberates through all generations past and to come with its narrative correlatives: myth or scripture, fiction or film, the oral lore we inherit in our very own families.

As I said to my students at the Glen Workshop screenwriting seminar a couple years ago, the term “moving pictures” is a double entendre: yes, moving in the same sense of motion pictures across a screen, but also in the sense of their emotional charge.

If we are mountains, as certain parabolic references in the Scriptures would suggest, and we are so moved by the force of stories, then telling them and hearing them is itself an act of tremendous faith.

April 17, 2013 Mother of Sorrows: Colm Toibin's Testament of Mary
Recent Comments
1 Comment | Leave a Comment
Browse Our Archives
get the latest from
Catholic
Sign up for our newsletter
POPULAR AT PATHEOS Catholic
1