When a Friend Dies 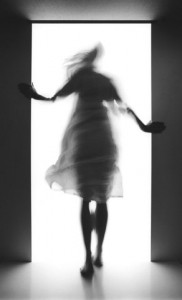 I received this group email not long ago:

Our beloved Beth has passed away. We lost her at approximately 7 p.m. yesterday. It is a very difficult time for our family. We wanted to let you know how much we appreciated all of your support, kind words, and the loving prayers. Beth has wonderful friends.

When I hear that a friend has died, I feel the world suddenly shrink. It’s a strong, visceral feeling. Some of the air has been sucked out of our universe. The air that Beth breathed.

I can’t imagine her dead. She was the embodiment of joyous, energetic activity. Then out of nowhere, viral encephalitis infected her. Three weeks later, she was gone.

Death is the great mystery. A cliché, that sentence. And yet…what a mystery that death is a mystery. It happens to everyone; so shouldn’t the human race by now have figured it out?

For me, one of the most helpful meditations on the mystery of mortality is Annie Dillard’s For the Time Being. Of course, this book is a meditation on much more as well…but transience is at its core. Dillard notes that when we’re confronted with huge statistics about death (like: over 230,000 people died in the 2004 Indian Ocean tsunami), our minds can’t respond. We’re numbed. But when a single person whom we care about is dying or in danger, all our attention pinpoints on the preciousness of that person’s life. How can we save him? Dillard recounts how whole towns pour out to search for one missing child.

About an hour after hearing of Beth’s death (that hour sitting in something not quite like prayer, more like intense listening to the world shrink as Beth leaves it), I move to my shelves of poetry. Who here might give words to what I’m feeling?

Ah, yes, Vassar Miller, whose collected poems, If I Had Wheels or Love, should be better known. Miller lived her whole life with cerebral palsy, and so wrote out of a literal embodiment of the limitations of mortal flesh.

Reading the start of her “Meditation after a Death,” I feel her sharing my sense of the world shrinking:

but it is only the little clouds

Then she begins searching for her lost friend:

Where shall I part the branches of this hush

to spy you singing? Where

flies the song from the broken bird?

I call your name, but so softly

even my heart cannot hear me.…

Yes, that hush. This is what I’m feeling, hearing (if one can hear a hush—hear what isn’t there to be heard).

Then later in the poem:

The truth is not found where platitudes clash,

Maybe to the light that Vassar Miller evokes in another poem after a friend’s death, “Travel Light”:

It would be best to travel light

Between the darkness and the light,

From light of sun to blaze of star

Wherever many mansions are

Or are not, being past our sight

Between the darkness and the light.

What nerve to play with a pun on traveling “light” as homage to her dead friend! Yet the pun rings true for me. How doubly light we become, indeed, as we pass from this world to the next.

Other poets also turn to the light when meditating on death.

Let the light of late afternoon

shine through chinks in the barn, moving

up the bales as the sun moves down.

And here’s how Kathleen Wakefield opens “After So Much Darkness,” on her father’s death:

After so much darkness, the field’s excess of light,

the day floating on itself as in a dream.

Darkness and light. Those primordial opposites. The eternal life that Beth has now entered is imaged as dazzling light, most extensively and magnificently in Dante’s Paradiso.

My world without Beth is suddenly not only shrunken but dark. Death is darkness for those who survive, but light for those who pass on.

Oh dear: more platitudes? I watch truth slipping away from them, like Jesus.

“Where do we take cover / once the dying’s done?”

Though not a statement, these lines speaks the truth of what I’m now feeling, or asking, about Beth’s death. Death is a disaster. Always. So we need to take cover—but where?

This profoundly true question is from the poem “Enough,” in Maureen Doallas’s collection, Neruda’s Memoirs. During the months of her brother’s dying from cancer, Doallas wrote poems to search for the words that might be true to his experience and then, ultimately, to her loss.

The poem “Last Words” says to her dying brother: “You dream into another place.”

Beth is in that other place. I believe that.

But, for now, I remain here. I need a ritual, so I make one out of removing Beth from my email address list. First I find her name in Contacts. Then I speak to her, thanking her for her vibrant life, for all the good she did in our community. Finally, as I click Delete, I offer her into God’s hands.