Why Should Darkness Seem Truer Than Light? 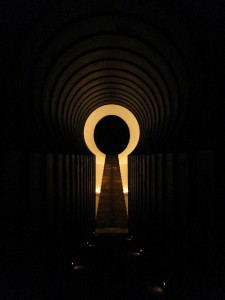 In her memoir, Pieces of Someday, my friend and periodic “Good Letters” guest writer Jan Vallone shares the story of the time her writing instructor—“an aging Clint Eastwood” named Professor Véreux—questioned the integrity of her writing. After class one day, he pulled Jan aside to discuss her most recent assignment one-on-one.

“I’m returning your memoir,” he said. “The ending is dishonest.”

Of course, since the piece Jan had submitted was a work of non-fiction—a memoir—I found Professor Véreux’s conclusion questionable at best. How could he possibly know whether Jan was telling the truth or not?

Jan found herself at the receiving end of this criticism when she enrolled in a summer writing program at the Bread Loaf School of English in Ripton, Vermont. The assignment that drew Professor Véreux’s fire focused on Jan’s time as an English teacher at a Jewish high school—a yeshiva—and her interactions with a troubled student named Kalindah.

In the end of the story, Jan succeeds in reaching this unreachable student, and shines much-needed light into Kalindah’s darkness. More than a mere writing instructor in this story, Jan becomes a channel for the flow of God’s grace.

Professor Véreux, however, called the ending “saccharine.” He even criticized Jan’s teaching, at least as she represents it in the story. At one point, she offers Kalindah encouragement, telling her, “You’re fine just as you are.”

“What you said to her—a teacher should never say that,” Professor Véreux said.

When reflecting on these cutting comments, Jan writes, “Why do so many people view cynicism as wisdom, joy as foolishness?” I have long wondered the same thing myself.

Jan rewrote the piece accordingly, this time opting for “bitter irony” to accommodate her instructor’s skepticism.

“The last section is a big improvement over the earlier version,” he wrote in his comments on the story—no doubt because the darkness somehow seems truer than the light.

My blood boiled when I read Jan’s narrative. Writing memoir places the author squarely in the cross-hairs of the critic in a way that writing fiction simply does not. A critique of a personal essay all too easily becomes a critique of the person who wrote it.

In describing the end of Jan’s story as “dishonest,” Professor Véreux calls into question Jan’s ability to truthfully extrapolate meaning from her own subjective reality. In his estimate, the inspirational well from which she draws her water is poisoned—unfit for a reader’s consumption.

After reading Jan’s account, I wanted to cast Professor Véreux into outer darkness, where there is weeping and gnashing of teeth. Of course, with his temperament, such a place would probably feel like home.

While I would never deny the reality of suffering in this world or argue that one should simply paint over it with a superficial coat of optimism, I am troubled by the assumption underlying Professor Véreux’s critique: that darker stories somehow seem truer than those that smack of hope.

Even though I am disturbed by this, I cannot escape this mentality myself. If I receive nine compliments about my writing and one disparaging remark, the former seldom outweigh the latter in my mind. How does the lone critical comment negate the disproportionately large percentage of favorable feedback?

Do negative comments seem truer simply because they cause people pain? A wound lingers longer than a caress, after all.

Or do the darker things seem truer to us because we spend so much time in the shadows? John 3:19 says, “Light has come into the world, but people loved darkness instead of light because their deeds were evil” (NIV). In the end, perhaps the darkness in our own hearts causes us to see the world, and even life itself, as bleak—a place where stories of grace seem dishonest because they do not reflect reality as we know it.

If this is true, our subjective experiences of the world may predispose us to reject the very stories that have the power to transform us—to change how we see and experience our fellow human beings and even God. If we cannot conceive of love, grace, or mercy, how can we accept them when we encounter them?

It may be that the death and resurrection of Jesus embody the darkness we know so well, while transforming it into something paradoxical like obsidian—pitch black volcanic glass that reflects light. In this sense, the story of Christ’s sacrifice may function like a “black mirror,” to appropriate the title of a song from the Arcade Fire’s Neon Bible album, confronting us with the love of God and our own depravity at once.

Those of us who hope in the Light of the World can never really deny the reality of the darkness then, because we have seen it within ourselves. For people like Jan and me, who attempt to write about such things, we can only offer our hope in stories that shine like solitary beams of sunlight through key holes in otherwise dim rooms—faith as the substance of things hoped for in the form of particle and wave.

There will never be a shortage of skeptics who will mistake the light shining from a story like Jan’s for a lie. “The ending is dishonest,” they will say. “Too good to be true.” But Jan’s story gives me hope: Even though Professor Véreux’s critique prompted her to rewrite the ending of her story, it could never undo what she did for Kalindah—and this is the ending that matters.

In the end, it may not matter if the darkness seems truer than the light to those who wish to snuff out the candles of hope we harbor in our hearts—the flames we offer to our neighbors, heart to heart and wick to wick. If we insist on shining on and defying the darkness, we will glow like stars in the velvet void at night, and our beauty will be difficult to deny.

Chad Thomas Johnston is a slayer of word dragons who resides in Lawrence, Kansas, with his wife Rebekah, their daughter Evangeline, and five felines. He is a regular contributor to “Good Letters.” His writings have also appeared in The Baylor Lariat and at CollapseBoard.com, home to ex-Melody Maker critic/Nirvana-biographer Everett True. In May of 2013, eLectio Publishing released Johnston’s writing debut, a whimsical memoir titled Nightmarriage.

October 16, 2013 How to Write in a Sick Person’s Body
Recent Comments
8 Comments | Leave a Comment
Browse Our Archives
Related posts from Good Letters