Going Home by a Different Way: The Image Fall Appeal 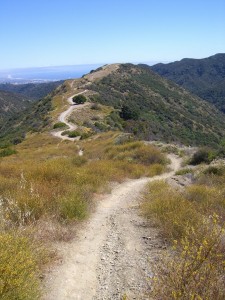 The word conjures up for me an image of a medieval minstrel, someone pale and languid for love, lute in hand.

But in his recent post on Image’s 25th anniversary, Greg Wolfe cites Ezra Pound’s use of the word, evoking a more active vision—and one closer to the etymology: a troubadour is someone who finds something.

Or perhaps discovers it.

When I first began working at Image, I began asking people how they encountered us. With rare exceptions, it was by human agency. The poet Betsy Sholl, for example, answered my question by recounting a visit to her sister’s house, where her brother-in-law left a copy of Image Journal next to her bed.

“I had no idea such a thing existed,” she recalled. She read through the night and at her host’s urging, took that copy with her.

After the initial discovery, however, comes the recognition that this new thing ought to exist. It both awakens a thirst and slakes it. It leaves one both satisfied and disturbed.

And twenty-five years ago, the journal was just the beginning.

During this season of Advent—itself a journey—the hunger and thirst of longing are meant to prevail. We seek to focus spiritually on human and personal appetite, while the season around us devotes itself to holiday parties. We spread Brie on crackers, sip passable wine, and sneak Christmas cookies in anticipation of the actual feast.

Advent leads to the infancy narrative, which for years I found various shades of absurd, even after I got interested enough to scrape at its Hallmark Card patina. Once I became a new father and again when my daughters became mothers, I was able to appreciate the story better—visiting the newborn had become part of my own experience.

But there is one branch of that story that has always spoken to me, perhaps because it is connected with the themes of longing and journeying.

It is the story of three astronomy buffs who notice something that no one else seems to have seen. They compare notes, do some research, and then decide to take a trip and satisfy their curiosity.

They travel because they suspect that things are about to change. They bring gifts, the way one would on a diplomatic mission, but I suspect that they did not know what they were journeying to see.

Whatever they did know on the way in spooked Herod; and the men knew enough not to avail themselves of his hospitality on their way out. In that respect, perhaps the visit had changed them a bit.

They went home by a different way.

We don’t know what those men discussed on that way home, or whether they kept comparing notes in later years.

We do know that the child they came to see started something that did change the world, and continues to do so.

We know this in part because there are artists in each generation who will not allow us to forget it.

I recently heard the theologian (and concert pianist) Jeremy Begbie exhort a group of artists to use their imaginative faculties “to keep us in touch with the realities.”

Image is concerned with the work of contemporary artistic expression that engages with mystery and faith in order to produce that work that will keep us in touch.

It’s not popular work, for the most part: it must be discovered.

And those of us who have made that discovery are still conversing along the way home.

We compare notes online. We discuss film. Sometimes, we are traveling together to Santa Fe, or away from it. Sometimes we publish our work in and out of the mainstream, telling truth to power—or to anyone who will listen. We tell people stories and paint pictures and create performances because, as Emily Dickinson reminded us, this truth must be glimpsed askance.

The conversation is in many ways as important as the conversion.

I love Image because it is vitally engaged in continuing that conversation. I recently heard the writer Susanne Antonetta say, “Image has totally changed the discourse of the sacred.”

I think that she meant “for the better”: her tone of voice implied it. If so, it is a change that should last.

Because having discovered, we should all go home by a different way.

Stuart Scadron-Wattles has at various times been a director, a playwright, an actor, and essayist, and still is a bit more trouble than he is worth. He is currently the director of resource development for Image.

Image is currently in its annual campaign for funding. To support Image and the many journeys it promotes, click here.

December 10, 2013God For Us: An Interview with Luci Shaw
Recent Comments
3 Comments | Leave a Comment
Browse Our Archives
Follow Us!

The Demand to Open Churches Is...
suspended in her jar
Related posts from Good Letters