I spent fifteen months in South Korea once on a military base we knew would be one of the first targets of the North Koreans in event of attack. They were hard months. I was time-zones away from people and places that I loved.

Our tiny base was located on the edge of the city of Ch’un Ch’on in the Gangwon region, famous for the Han and Soyang Rivers and a number of lakes and small islands. It’s a destination for residents of Seoul located two hours by train to the south. What I remember most are the mountains of the Taebaek range, gentle contours turning declivitous when you ventured among them. Narrow and unimproved trails led past Buddhist temples with painted story cycles brilliantly rendered in colors not meant to blend in but to inspire.

On occasion I came across a tiny old woman who hiked up in high heels to take care of the temple. She would smile and nod, and I would do the same, separated by culture and language but brought together by the mountains, a place we both thought was holy. Further along these trails, along the ridges and hilltops, were trenches and fighting positions from the Korean War.

On the base, differences not similarities, were in constant relief as we stumbled to navigate unknown customs to accomplish the smallest tasks. Our unit attempted solidarity by moving through holidays with mess hall meals. We officers wore class-A uniforms to serve the soldiers. They were traditional gestures that did little to ease the sense of separation.

And then, when I least expected it, came a moment of grace. A fellow officer who was Korean-American had family living in the city nearby. One fall weekend, he invited me and a few others to join him at his family’s home for Chuseok, a festival of the harvest scheduled by the lunar calendar.

We arrived at their apartment in the morning. Several women dressed in traditional Korean clothing giggled in the kitchen over piles of food they had prepared over the previous several days, and from the volume and variety of the fare, one assumed preparation went well into the nights. We did not share a common language, and so we guests smiled and stood respectfully at the sides of the room.

Chuseok began with a ceremony called charye performed by the men in the living room. They knelt on a mat in front of a low table, on which the women had placed extensive offerings of food. A script written in Korean formed the backdrop for the table; I understood this listed the names of the family’s ancestors. The men executed a series of formal bows so deep their heads touched the floor. One man performed a series of complex motions using chopsticks and pouring rice wine.

Over the next several hours we shared the food the women set out. I remember the men eating first, and then the guests, and I hope the women eventually enjoyed some of what they had made, too. I remember clear rice noodles with a strong garlic flavor and a bit of sweetness, the sweet and tender bulgogi I had come to love, and songpyeon, steamed rice cakes filled with any number of fillings from red bean to crushed nuts. I declined the strong soju which flowed freely following enthusiastic toasts, and which my gender permitted me to refuse.

It was a leisurely meal; afterwards the family put on casual clothes and we piled into a minivan to drive out to a hillside cemetery surrounded by forest where the family’s ancestors were buried. The men performed a simpler but similar ceremony with food and rice wine on the grave. I took a photograph of a little boy standing in front of a lovely stone marker, his round face reflected in the smooth surface of the stone. At the end of the day, we returned to our base. I went back to my empty apartment with the lingering warmth of a connection I had not felt in a long time.

I remember that visit with the Lee family and the mountains of Korea every holiday season. My rituals of remembrance are more modest: in the morning I light a candle remembering my father and stepmother whom I lost eight years ago. We alternate holiday meals between houses: my mother’s, my father-in-law’s, and ours for holiday feasts. We say a prayer of thanks and remembrance.

This week I read a short magazine article by an avowed atheist doing research for a TV series on the Bible. She climbs to the top of what is believed to be Mt. Sinai, noting that archaeologists disagree on whether or not it is the actual Mt. Sinai referred to in the Bible. She feels fatigue in her legs, hears the sounds of birds and the muezzin below, she sees a woman hold up a small Bible to the rising sun, she watches Muslims pray at their mosque. She will never join the ranks of the religious, she assures the reader, but sees how generations have come here in belief, how the ages continue to move through this holy place, even as one generation turns to dust.

Her proclamation is curious; such bald assurance in the face of wonder and devotion, such unwillingness to explore what is different and unknown. Sometimes I think it’s the definitions for God the believing and the unbelieving adopt that cause the problem. Perhaps it’s the attempt to define God at all. I wonder if part of God isn’t in the march of the generations, in that felt connection, and if our shared meaning behind our different rituals acknowledges what we know to be true though cannot see.

It was a culture from which I was alien, a shared celebration, despite two disparate cultures, that illuminated new depths of my own traditions and brought me deeper into gratitude. That is the way I feel our world connected, the meaning of familiar enriched, the way I feel God among peoples and nations through the heart and the soul. As Advent reminds me, I will have to wait to understand what it all means.

December 9, 2013 Going Home by a Different Way: The Image Fall Appeal
Recent Comments
2 Comments | Leave a Comment
Browse Our Archives
get the latest from
Catholic
Sign up for our newsletter
POPULAR AT PATHEOS Catholic
1

More Important than Belief in the...
Messy Inspirations
Related posts from Good Letters 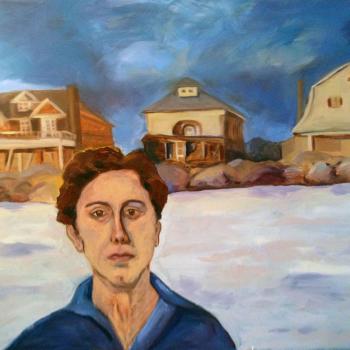 Catholic
The Shore after the Storm
Good Letters 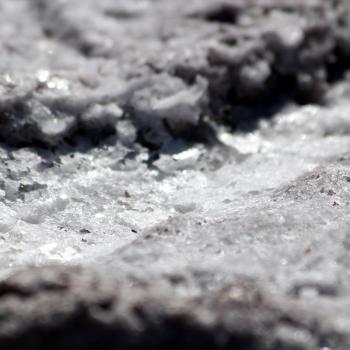