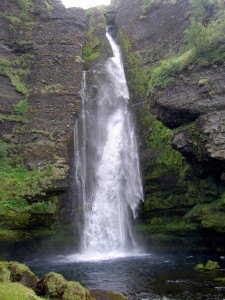 Whose merciful hands, then,

Could bind us to our longing?

In my early twenties I used to daydream of the perfect job to complement writing. The criteria were these:

It had to be part-time; I wanted hours leftover to write at my desk.

It need not be high-paying; I was a budgeter, lived simply.

And then this: It should require the use of my body—offer some light physical labor to complement the labors of the mind. Potter’s assistant, garden nursery worker, sign-maker. I imagined spending several hours in pleasant, undemanding tedium, savoring the useful work of my hands. Then I would go home, shower, and pour stories onto the page, as if from a bottomless pot of coffee that had been percolating while I worked.

When I think back on this daydreamed job, it’s not my own romantic notions that I rue, but my failure to try them. Instead I took the good jobs that came along: fulltime or nearly so, my hands not tending saplings or wedging clay but tapping keyboards.

Seven-or-so years later, deep into marriage and mortgage, pregnant with our first child, it occurred to me that motherhood might be that ideal complement to writing. Certainly it was physical. I’d done my share of babysitting and generally, after the first hour, did find it tedious—so there was the tedium I’d been seeking.

But would it be pleasurable? “It’s different with your own child,” my mother reassured me.

We live on Long Island, we have Italian blood, familial devotion is among the cardinal virtues; so how many disclaimers do I have to offer before I can admit the truth without feeling traitorous? I love my son—intensely; I am grateful, but the pleasures of caring for a child come packaged in more boredom than I could have dreamed. I quell tantrums. I roll toy trains back and forth on a wooden track. I run the washing machine again

Later I shepherd him into socks and shoes, gather our stale bread, and push the stroller two miles to the duck pond. I like to walk, I like the molting October trees, I treasure this small boy, but as we walk I am not at peace.

A more enlightened mind, I think, could savor these tasks: Brother Lawrence, a seventeenth-century French monk, said he felt the presence of the Holy even more while chopping vegetables than during the hour of prayer.

I remind myself of the daydream-jobs of my early twenties. Don’t run from tedium, I think. Seek it out. Maybe ideas will come.

But I am restless anyway. Who knows why desire lights on the things it does, but all at once what I want something very specific: a piece of good news. A letter in my mailbox. An email saying…what? I almost don’t care. Surprise me.

I am pregnant again, and so achingly tired at the end of each day that when I try to read, I fall asleep over my books. But right now I don’t want words for words’ sake. Listen, books of the world—be an urgent midnight phone call or do not trouble my nightstand.

And one comes. A friend texts me a link to a poem by a poet I’ve never read, Katy Didden, and it is so good, the idea in this poem so large and wild, that I buy her book, The Glacier’s Wake. It speaks of giant things: glaciers, lava, new islands erupting. Also small improbable things: the musings of insects on weddings. Also, yearning.

Some of the poems have notes like New Year’s Eve, Buenos Aires or Serifos Island, Cyclades, Greece and I feel grateful for the reminder that the world is large, and people with the capacity for wonder are traveling it.

This is the beginning of “Pleasure Milker,” the poem my friend sent me:

You’re the kind who stands still

in front of awful things and squints

as though you could see into

the god chambers of every atom in every

The “you,” the titular pleasure milker, is a kind of seer—not of the future, but of the ancient past. Crying out in awe (“O! Maw of Fog”), the pleasure milker “peels the surface” of the waterfall, and in it, sees the beginnings of the earth itself.

This earth is a girl. She shudders in her orbit. She begins to sprout life. The eons flicker forth…and then, “slick with rain,” the pleasure milker travels back to the world we see with ordinary eyes. Back to the waterfall.

as a fern, you resurface to the thundering

gush of falls. You filmy pilgrim,

you pleasure milker, you open your mouth

to sing as though it were a living thing.

I read this poem three times before it opens up for me, before I understand who the pleasure milker is. And I want to be that person, the one who can stand still, staring into falling water, and travel back in time to the earth’s infancy and see wonders of astronomy and geology unfolding. See, and then sing.

As soon as the wish appears, I know that I already have what I ask—or if not this particular, extraordinary species of wonder, then at least something in the same genus. I feel it roiling when I’m in a new place, or with a new human being. (Oh, the unfair hopes I pin on this new baby I’m growing. Please let it be different this time.)

The pleasure milker sees the world’s wild birth in an Argentinian waterfall. But we are pilgrims to quieter waters—duck pond. Scum-laced. Humble home of turtles.

To see, and then sing: What impossible alchemy has to occur in my brain before I can do this with my familiar house? My familiar hours? Whose merciful hands—in the poet’s words—could bind me to my longing?

Whoever you are: Do it, do it. Drive me deep into everything that’s close at hand, until the close-at-hand yields up its marvels.

Jen Hinst-White recently finished her first novel, Inklings, the story of an aspiring female tattooist in the early 1980s. Her writing has been published (or is forthcoming) in The Common, Big Fiction, Cactus Heart, HoldADoor.com and elsewhere. She holds an MFA from the Bennington Writing Seminars. Her website is jenhinstwhite.com.

January 17, 2014 Rose By Any Other Name
Recent Comments
4 Comments | Leave a Comment
""It doesn’t matter when you start the Sinatra Christmas playlist or put up your tree. ..."
C_Alan_Nault How to Win the War on ..."
"Yup."
Max Marvel Finding My Inner Calamity Jane
"I an confused by the use of "aural" here: "In The Gutenberg Galaxy, he explained ..."
William G II The Gutenberg Imagination
"My friend is looking for a Pepper Smith he served in the army with, was ..."
Christine Budnack The Love Song of Pepper Smith
Browse Our Archives
get the latest from
Catholic
Sign up for our newsletter
POPULAR AT PATHEOS Catholic
1