Christians in the Age of Sincerity 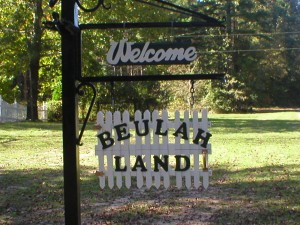 Image has just published its 25th anniversary issue (#80). We’re pleased today to run an excerpt from a symposium in that issue entitled “The Road Ahead: Voices for the Next Twenty-Five Years,” consisting of reflections by a group of writers under the age of 35.

Although I don’t consider myself to have a finger on the pulse of culture (I’m not a journalist or a critic or an academic, but someone who writes mostly from a limited personal perspective), I do agree that the contemporary public square seems a safer place to be a Christian artist or intellectual than it has in even the recent past.

This is a strange position for Christians to find ourselves in, because we are much more accustomed to persecution than popularity. I can imagine, though, that if Jesus, with his wavy hair and mellow but antiauthoritarian attitude, chose to appear as a young man in America today, he might just as likely be crowned prom king as King of the Jews. And then where would humanity be?

Christians have never been particularly cool, no matter how hard DC Talk or our youth pastors tried to convince us otherwise. That’s partly because our parents never allowed us to go to the good parties. But more because, historically, coolness is about detachment, distance, and self-assurance, whereas Christianity is about commitment, presence, and self-surrender.

There is no Dispassion of the Christ. Our ancient sacred text speaks to this: “I know your deeds, that you are neither cold nor hot. I wish you were either one or the other!” That is maybe the straightest talk to be found in the book of Revelation. If we are cool, we will be spewed out of Jesus’s mouth. And that’s way worse than someone making fun of our jeans.

So what has changed? Not the core of Christian belief, although I’m sure many would argue that, in light of a broader global and social awareness made possible by the technological advances of the past couple of decades, Christians—younger ones especially—are less “traditional” than they were in the past. But for what generation has that not been true?

Maybe, then, it’s what’s popular that has changed. At the current moment, “cool” feels warmer than it used to. I agree with cultural critic Jonathan D. Fitzgerald, whose 2012 essay “Sincerity, Not Irony, Is Our Age’s Ethos” argues that in the arts today, “vulnerability shows up…where bravado and posturing once ruled,” and “the emphasis on sincerity and authenticity that has arisen has made it un-ironically cool to care about spirituality, family, neighbors, the environment, and the country.”

Fitzgerald and others have termed this shift “The New Sincerity,” and he wrote this in response to a New York Times op-ed piece by Christy Wampole titled “How to Live Without Irony,” in which the Princeton professor declared irony the “ethos of our age,” and bemoaned the hipster’s (whom she calls the archetype of irony) tendency to give absurd birthday presents and perpetuate nostalgia, through vintage dress and orange-tinted Instagram filters, for times he never experienced.

The irony versus sincerity debate isn’t new, and isn’t over. The truth probably lies somewhere in the middle. Sufjan Stevens has produced songs such as “Abraham” and “The Transfiguration,” which convey gravity and awe, alongside the less reverential “Get Behind Me, Santa!” and “The Christmas Unicorn.” When I saw him touring for The Age of Adz, he and his bandmates were wearing Halloween costumes (granted, it was October 30, but I had a feeling Sufjan had worn those angel wings before).

Celebrated fiction writer George Saunders places his characters in highly artificial settings, such as a Civil War theme park, yet in a recent Salon interview explains that this is his way of telling the truth:

Now, fiction should be honest. My sense is that sometimes to get at the honest truth about this life we’re living, you have to use—let’s just call them other resources. Maybe the trick comes in when people look at that group of other resources and they tag it as sarcasm or irony. From the creative end, I’m pretty happy to leave that unlabeled and say I really wanted to get the essence of what it feels like to be a loving, limited person in this life. So how would I do that? At that point in the creative process, I don’t want to say, ‘Irony, come on down!’ I want it to be a new hybrid of something.

“A new hybrid of something,” where irony and sincerity not only coexist, but perhaps complement one another, is as good a description as any for the playing field upon which young artists now find themselves. Artists for whom faith is real and important may be especially well-equipped for this arena, because paradoxical dichotomies are an integral part of religious tradition: flesh and spirit, brokenness and perfection, the temporal and the eternal—this is no cause for panic; we are at least mostly comfortable here.

And yes, we give absurd birthday presents, like a kitschy coffee mug or T-shirt, but not because we’re afraid of being genuine. We do it because life often is absurd, and recognizing that absurdity is a genuine response to it, and because, to avoid becoming overwhelmed, we need to laugh about it sometimes.

The same holds for our tendency toward nostalgia: it is not an attempt to be disingenuous about our current situation, but to acknowledge that there is something else, something just as real, that we long for.

In the rural Missionary Baptist Church where I was raised, a man named Rocky who was a wizard on the steel guitar used to sing an old gospel song called “Beulah Land,” which opens, “I’m kind of homesick for a country / to which I’ve never been before,” and continues to the chorus, “Beulah Land, I’m longing for you.” I don’t think that this type of yearning is particular to believers; every human experiences it at one point or another. But Christians have a narrative at hand in which to frame it.

What then do we, who have been charged to live in poverty, do with this new cultural capital? How are we, who are to consider ourselves blessed when we are persecuted, to respond to greater public openness to our experiences and beliefs? I think we do what Jesus did, which is to tell stories. We communicate to the best of our ability what we believe to be true and good.

The challenge is to do this with humility, without resorting to sentimentality or shallowness, and without trivializing religious vocabulary or practices. Because I’m a writer and not a visual artist or musician, I tend to think of this issue in terms of words I see used carelessly, emptied of the weight of their meaning. That which is popularized is also easily cheapened.

Artists of faith need to approach their craft with seriousness and devotion. But they need support in order to succeed: they need financial support, a forum to display their work, and a community of likeminded friends so they do not become discouraged by feelings of isolation. For the past twenty-five years, Image has been committed to providing all of this. The journal upholds a high standard of excellence, but routinely publishes new voices. Image also offers scholarships for artists to attend its summer workshops, which provide not only instruction, but connection. It supplies the Milton Fellowship, which gives writers the space and time they need to finish a first book.

The difficulties I’ve experienced in my writing life and have seen my peers experience have little to do with desire or work ethic, but have more to do with survival. The economy is flagging, teaching jobs are scarce, and there are more artists with advanced degrees competing for positions at schools and spaces in publications than ever before. And while it may be true that the culture at large is now more receptive to artists of faith, being one can still be scary. It can feel like a disadvantage, which is disheartening, when even the advantaged are struggling.

I think that Image, then, is just as relevant as ever; more so, because it’s crucial to take advantage of this time of receptivity. Trends change, and tides turn, and spending time trying to figure out why that has happened or when it will happen again and in what direction, keeps us from the pressing work of the present moment.

The culture wars may never really be over. But the word “Beulah” in Hebrew means “married,” and what is more the opposite of a war than a wedding? I’m longing for it.

Dyana Herron is a writer and teacher from Cleveland, Tennessee. She holds an MFA in creative writing from Seattle Pacific University and currently lives in Philadelphia.