Hymn to the Fourth of July 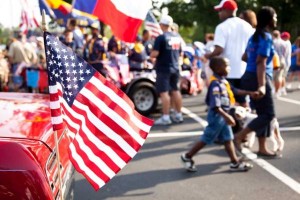 The Fourth of July is coming up, and if there’s any time of the year to be less serious, it’s now. On religious holidays, joy is the regnant mood, but there’s always a matched reverence about the affairs; the same is true of the major secular holidays—each with a “let’s take a moment to remember the reason that we’re here today” interlude. Perhaps only Labor Day comes close for pure secular fun-centeredness.

Then again, the Fourth has the underlying commemoration of our independence, a high-minded foundation that Labor Day doesn’t share. But to me, Labor Day is a kind of last hurrah, since summer is officially ending. Personally, that makes it bittersweet, as pit-of-the stomach school dread always hits me hard, regardless of my age, and is coupled with a primordial hatred of the cold weather to come.

So I’ll give the prize to July fourth for noisy, unsophisticated, flat-out enjoyment, and these things in particular:

Meat cooked on a grill, charred just so, the smoke clouding the air and tantalizing the senses with giddy-heighted expectancy, and savory summery sides—steamed, baked, or chilled, then buttered, spiced, or sugared;

Bright primary colors around that most heartwarming of all furnishings, the table—and often on a table outside, under the glory of tall trees in the sweet bath of a canopy’s shade (surely someone’s written a poem about the atavistic hearth man recreates at the height of the aestival solstice?).

And somewhere in the background, among all of this, a baseball game is being played. Where I grew up, out in the country, the TV would be running wide open on that day. Even if nobody was paying attention to it, skipping in and out through the screen doors as they were, the sounds of bats and balls and umps and cheers would add to the sunniness of things—a soupçon you noticed like a shot of sherry, slyly doused into the cake batter.

I could go on and on, but to sum it up, the whole broad day is a charity of length, and the whole sultry evening is an explosion of light.

And yet, despite all I say, there is in fact something that inspires reflection on the Fourth, and not about anything related to the day’s meaning, important as that is. I do give thanks for it coming, for I know just how fleeting all of these pleasures are. I know how seldom it is that we have a day—one blessed day—when we act so care-shorn and frolicsome. On this one blessed day we’re a real sight to behold, tawny and tanned, with shins scratched and cheeks flush—all of us, ripping and roaring and fit to be tied. All of us, for one more time, together.

I know this, because on a Fourth of July not too very long ago, I inherited certain responsibilities. I became the one who starts the fire, who lights the fuse, who sets the bottle rockets on their heavenly tear. I’m the one who runs the show now, when all of this used to be done for me.

It is an expected thing; I don’t complain of it; it’s only that when the torch passed, it taught me just how evanescent such days are. So now I try, as far as I’m able, to listen closely as they flare into existence like a roman candle, heating my world with their close, rutilant glory. I try to drink that up.

Because when I took up the torch, I realized that torches are by definition things that are passed. This day will end, just as this summer is not really very far from coming to a close. Labor Day awaits. Fall is only two thin sheets of the calendar from now, and after that, winter will strip my tree bare again.

I know, too, that one day it will strip it so bare that it will be hard to find any green in me at all, lost in the rheum of my eyes, in the wild, gray web of my skin. And before mine, it will strip the trees of those I love, one by one. I have seen it happen; it will happen again.

But, God, on this day—on this one day that I have—when the blood is warm and the sun is on my back, and when as many that I love who are left to me are still running all about—let me yell for joy at what I have been given, at the blessedness that I have been afforded, at the long seasons of grace you have spun out for me in a great summer taffy of a life. For one day, dear God, for one sweet day let me give you the pleasure of enjoying all that you have created in six.

For I know now that by taking delight in the loud, hot, dazzling, dripping-at-the-elbows orb you have set me in, I give to you a most worthy praise—You, great Joy-Maker, great Fathering-Forth, great Rocket’s Red Glare, ever shining down over this land of the free, home of the brave.

July 7, 2014 Seeing The World As It Is
Recent Comments
0 | Leave a Comment
Browse Our Archives
get the latest from
Catholic
Sign up for our newsletter
POPULAR AT PATHEOS Catholic
1

How White Men Lost the Meaning...
suspended in her jar
Related posts from Good Letters 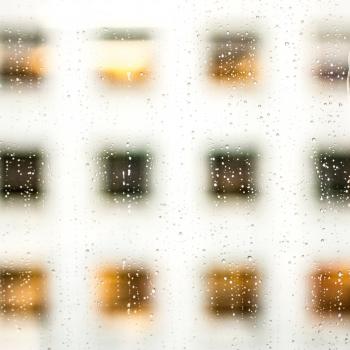