Death Comes for the Deconstructionist: An Interview with Daniel Taylor

Death Comes for the Deconstructionist: An Interview with Daniel Taylor April 28, 2015 Guest Contributor 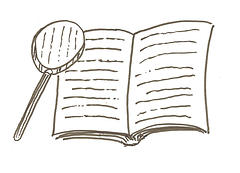 Daniel Taylor’s recent novel, Death Comes for the Deconstructionist, is a postmodern “whodunit” mystery that asks whether we discover truth or create it. Caitlin Mackenzie, of Wipf and Stock Publishers, talked to Daniel about the utility of detective fiction, the inspiration for his characters and landscape, and what spurred him to write his first novel after thirty years of nonfiction and short fiction.

Caitlin Mackenzie: Although you have published short fiction, your previous books have been nonfiction and this is your first novel. What inspired the genre move? How does fiction operate in a way for you that nonfiction does or cannot?

Daniel Taylor: The common denominator to almost all my writing over thirty years has been story telling—analyzing it and doing it. It does not feel greatly different to me to move between nonfiction and fiction. Memoir, for instance, uses all the devices and strategies of fiction—from scene to plot to dialogue. And we know how much invention goes into even recounting our memories. The biggest change is the absence in fiction of any remembered event to serve as a guide and limit to one’s imagination. Literally anything goes in fiction and that makes it both easier and harder.

CM: Will you describe one of the two main characters, Jon Mote, why you were drawn to him as narrator, and how he developed for you throughout writing the novel?

DT: Jon is a man with problems—as must always be the case in storytelling. He is a serial failure who hears threatening voices in his head and is in the midst of his own psychic disintegration. I like him because he tries so hard and because his own problems make him go easy on those around him who are equally screwed up but just don’t know it. In the first drafts, many years ago, he was merely mildly eccentric. Now he starts the novel on the edge and proceeds to fall off it.

CM: Similarly, can you describe Judy Mote, Jon’s sister, and her relationship to Jon and to the story?

DT: Judy is Jon’s only hope. She loves him doggedly and tenaciously and is his loyal sidekick. They have been separated for many years—she living in a group home for, let’s say, developmentally challenged adults—but now they are back together, though Jon’s decline is a threat to that. She is a representative of hesed (the biblical word for relentless, pursuing love) and is the moral center of the novel.

CM: Why is the theory of deconstructionism important to this story?

DT: Well, it is and it isn’t. The crime victim in the novel is a rock-star deconstructionist literary theorist near the end of his brief reign as a symbol of intellectual postmodernism—and Jon’s former graduate school professor. For a time in his past, Jon thought Dr. Pratt’s way of seeing and living in the world offered him relief from what ails him. If, as Jon heard Pratt suggesting, reality is something we create to suit ourselves rather than something we discover and adapt to, then perhaps he could forge a reality for himself that satisfied his deepest needs. He eventually concludes that his wounds are too deep to be healed by a point of view. The novel, however, is about things more foundational than passing worldviews.

CM: Why did you write about issues of mental health and developmental disabilities?

DT: Mostly for autobiographical reasons. In the 1970s, my wife and I ran a group home for eight adults with mental health and developmental disabilities. We lived with them more or less round the clock for three years and grew to love them and learn from them. Judy is modeled on one of the women. The novel avoids the jargon of disability because such labels do a disservice to people who are complex and inherently priceless. The novel is quite consciously a tribute to those people.

CM: Who are some of the literary ancestors of this novel?

DT: If I were as out of touch with reality as my narrator, I would say this novel is the love child of Dostoevsky (Notes from the Underground) and Flannery O’Connor (Wise Blood). More realistically, though still a stretch, I would name as kindred spirits writers such as Walker Percy, Andre Dubus (the elder), and Frederick Buechner.

CM: Death Comes for the Deconstructionist is set in the Twin Cities, and specifically in academia. Why did you choose this landscape to set your novel?

DT: Well as soon as I decided the victim in the story was a literary theorist, academia became one of the settings. It’s a part of the world I know, and it is an active volcano for pouring out hot lava of worldviews whose influence extends far beyond its walls. And since I live in the Twin Cities, I was drawn to giving it a bit of a life in a literary work, something that hasn’t been done a lot to my knowledge.

CM: Jon and Judy Mote were raised religiously and both seem to simultaneously revel in and be repelled by religion. What is the role of spirituality in Death Comes?

DT: Judy is both unapologetically religious (having been raised fundamentalist and then living under the care of nuns) and spiritual. She talks to God the same way she talks to her brother—and expects both of them to listen. Jon is spiritually decimated and running from religion for all he’s worth. The novel lets both of them be who they are.

Daniel Taylor is the author of eleven books, including The Myth of Certainty, Letters to My Children, Tell Me A Story, Creating a Spiritual Legacy, and, most recently, The Skeptical Believer: Telling Stories to Your Inner Atheist. He speaks frequently on a variety of topics. Dr. Taylor is married and the father of four adult children. You can read more about Taylor and his writing at www.WordTaylor.com.

Photo used above credited to Tall Chris and used under a Creative Commons license.

April 29, 2015 Sexist Assumptions and the Difficult, Dirty Work of Grace
Recent Comments
0 | Leave a Comment
""Aural" refers to hearing, "visual" to seeing"
merphd The Gutenberg Imagination
""It doesn’t matter when you start the Sinatra Christmas playlist or put up your tree. ..."
C_Alan_Nault How to Win the War on ..."
"Yup."
Max Marvel Finding My Inner Calamity Jane
"I an confused by the use of "aural" here: "In The Gutenberg Galaxy, he explained ..."
William G II The Gutenberg Imagination
Browse Our Archives
get the latest from
Catholic
Sign up for our newsletter
POPULAR AT PATHEOS Catholic
1