May 13, 2015 by Jan Vallone
0 Comments
Contemplative Questions: An Interview on Spirituality and Prayer with Fr. Raymond Shore, OP, Part 1 May 13, 2015 Jan Vallone

Spurred by both confusion and curiosity, I recently took a graduate course on contemporary spirituality and prayer that required us students to interview an “expert” on the meaning of those terms. As a result, I spoke at length with a Roman Catholic priest of the Dominican Order—The Order of Preachers—whose nom de plume is Fr. Raymond Shore. His perspective fascinated me. 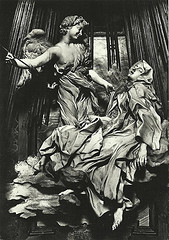 I take a yoga class, for example, and although it begins with rigorous exercise, it ends with savasana, corpse pose, when we lie facing upwards on our mats, close our eyes, relax our muscles, and quiet our minds. The sequence produces sensations of inner peace, and when we come out of the pose, we are prompted to take that peace out into the world by being kind and compassionate. After yoga, I find it much easier to be kind and compassionate. Is this a spiritual practice?

Fr. Raymond Shore: Not as you describe it. Spirituality is our approach to God. It’s how we draw close to him. It’s a process that produces a combination of thoughts, feelings, and actions, different for each of us, depending on our personality, but all directed toward the same end: union with God.

Spirituality is not disconnected from religion. It’s not just going out and saying, “I love the woods; therefore I’m a spiritual person. I can commune better out there.”  Commune with what?  To what end? From a Catholic Christian point of view, spirituality isn’t just about inner peace or being at peace with people or what’s around you.

JV: What do you mean by union with God and how do you achieve it?

Fr. RS: Prayer is one way. So you will ask: What is prayer? Prayer is a conversation with God.  It’s about entering into a relationship with God. When we converse with people, it’s how we come to know them, love them, and that takes time. It’s the same with God.

Spirituality is about falling in love with God, being united with him—not just here, but in eternal life. We can talk about the saints: They have mystical moments when they feel that union with God. But the approach to God takes time. It goes through stages. We get closer and closer, and the hope is that here and through all eternity we will be united with him, at one with him in some way, but not in the sense that we disappear. There’s no being absorbed by the divine being such that our uniqueness disappears. We remain created individuals, created for eternal life with God.

JV: Have you ever had a mystical moment like those of some saints?

Fr. RS: No, I haven’t. Those moments are gifts to people. Take, for example, Mother Teresa of Calcutta; if you read her letters in the book Come Be My Light, it’s not clear that even she experienced them.

JV: I disagree. In her early letters she says that Jesus talked to her. She calls Jesus her spouse, as a wife would call a wholly human husband. That seems mystical to me.

Fr. RS: Yes, but she also talks about going through forty-two years of real dryness. As soon as she experienced that connection with Jesus and started doing what she believed he’d asked her to do, she experienced spiritual dryness.

JV: But all marriages go through phases when spouses feel distant.

Fr. RS: Yes, maybe it was a phase. In a work called Three Ages of the Interior Life, Reginald Garrigou-Lagrange talks about the different stages as we move towards union with God. In the purgative stage, the beginner stage, a person tries to resist the natural attraction of physical pleasures and practice charity, God’s will. But the person fails in major ways from time to time.

The illuminative stage is next. It’s called illuminative because the mind has become more enlightened about spiritual things. Here, the person has the passions better under control but still makes minor mistakes. There’s an attention to God in all actions—the soul elevates to God—but the person experiences periods of spiritual consolations and desolations, spiritual highs and lows.

JV: So maybe Mother Teresa was there.

Fr. RS: Possibly. The unitive stage is last. It happens when a person’s mind is so drawn away from temporal things that it enjoys great peace. It’s called unitive because the soul is united to God. The person’s mind is chiefly fixed on God and isn’t any longer agitated by desires. It’s called the state of perfect charity because people who have reached it readily exercise charity.

St. John of the Cross describes these stages in Dark Night of the Soul. As time goes on we get less of a sense of desolations, but also less of a sense of consolations. Early on we depend on those consolations—those good feelings God gives us when we do good. But as we move though the stages, we eventually come to act less out of a desire to receive consolations and more out of love.

In a way the saints’ moments of ecstasy were consolations, but what happens in ecstasy is—well, I’m not sure what happens in ecstasy—but it’s like grace draws the person out of himself or herself. I’ve often wondered whether ecstasy is the moment when so-called levitation occurs, and whether levitation is really the soul in a way straining against the body, against the restraint, because it desires no longer to be separated from God in this life.

Some people theorize that ecstasies actually shorten a person’s life because the soul so desires to be released from this life that it eventually gets its way. We aren’t in this life meant to have that direct vision of God, that beatific vision. Remember in the Old Testament God says to Moses that no one who looks on God’s face will live. Moses is allowed to see God, but not his face, and only in a passing glance. Even as it was, his hair turned white, and he was forced to veil his face because the brilliance coming from it was more than his people could withstand.

Something similar happens with the saints. They have visions of God, in short bursts. That’s the unitive, when the soul has reached a level where God gives it a particular grace—joy—that isn’t a consolation. A consolation would be a moment of happiness rather than joy. Joy is the knowledge of the possession of the Holy Spirit. It doesn’t mean you are happy. You can still be possessed of the joy of the Holy Spirit even in moments of sadness or difficulty.

Fr. Raymond Shore is the nom de plume of a Roman Catholic priest of the Dominican Order—The Order of Preachers—who prefers a low Internet profile.

Jan Vallone is the author of Pieces of Someday: One Woman’s Search for Meaning in Lawyering Family, Italy, Church, and a Tiny Jewish High School,which won the Reader Views Reviewers’ Choice Award. Her stories have appeared in The Seattle Times, Good Letters, Faith & Values in the Public Square, Catholic Digest, Guideposts Magazine, English Journal, Chicken Soup for the Soul, and Writing it Real. She lives and teaches writing in Seattle

Photo above (of Ecstasy of Saint Teresa by Bernini) credited to Paul and used under a Creative Commons license.

May 14, 2015 Contemplative Questions: An Interview on Spirituality and Prayer with Fr. Raymond Shore, OP, Part 2
Recent Comments
0 | Leave a Comment
""It doesn’t matter when you start the Sinatra Christmas playlist or put up your tree. ..."
C_Alan_Nault How to Win the War on ..."
"Yup."
Max Marvel Finding My Inner Calamity Jane
"I an confused by the use of "aural" here: "In The Gutenberg Galaxy, he explained ..."
William G II The Gutenberg Imagination
"My friend is looking for a Pepper Smith he served in the army with, was ..."
Christine Budnack The Love Song of Pepper Smith
Browse Our Archives
Follow Us!