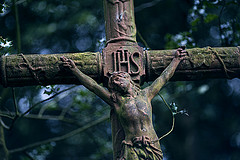 There’s a line from last year’s thought-provoking film, Calvary, that’s uttered by a young French woman. She has just lost her husband in a senseless car wreck somewhere along an Irish country road. After Father James (Brendan Gleeson) gives the last rites, he goes to sit with the woman for a time. Their subsequent discussion is the difficult one that follows all such traumatic events, when the comforting banality of the world has imploded, and the unmoored psyche bobs about in a world without physics.

Except there is a difference here, as the woman proves unlike any of the other people in the priest’s life. Instead of being enraged, vindictive, and accusatory, she remarks upon the good marriage that she’d had with her husband. She speaks with a marvelous repose.

I loved him, and he loved me. We were happy together. And now it’s over. It’s not unfair. It’s just what happened.

The woman goes on to say that to her way of thinking, the sense of unfairness in life belonged to those who have never loved, who have never had such happiness. Grief-stricken, she is nonetheless grateful for the time that was allotted her. Together, she and the priest say a “Hail Mary,” and the scene ends.

What goes unremarked upon, but not unfelt, is the majesty of the place from which a woman so bereft can say such a thing. The priest sees it as a gift of grace to have met her, and when he meets her again, as she is flying home to France with her husband’s body, she gives him the strength to face what is about to happen to him. He, too, has had a life—not unlike others, filled with happiness and sadness—and now it is about to be over.

It’s not unfair. It’s simply what will happen.

For Father James has been presented with his death sentence too, not by way of illness or old age, but as a sure and steady pronouncement. A week before, while he was hearing confessions, a man came into the booth. He told of a childhood in which he had been raped by an unnamed priest, repeatedly and without consequence. In return for the innocence he lost, for the injustice he suffered, he intends to exact a punishment. He will kill an innocent man, a good priest—Father James. In a week’s time, he will meet his confessor on the beach that borders the Irish village and murder him. This for that.

The following seven days in John Michael McDonagh’s film is a long litany of trials for Father James. The priest, a delayed vocation who entered holy orders only after his wife died, deals with the outrageous behavior and unmitigated hatred of his parishioners, who blame him and his God for all of their misfortunes.

Each life is a combination of bad fate and foolish choice, but the people exacerbate their troubles with a sense of rage that is beyond all proportion and direct it at Father James with a fury inconsistent with the good will of the man (in this, the film’s portrayal seems excessive—if not in the level of animosity to which those who wear collars and veils are actually subjected, then to the jaw-dropping degree to which it is overt).

So Father James faces his Calvary, an innocent man, a good priest, who will die for the sins of another. He is sorely tempted to save himself.

But in his Gethsemane moment, when he would have the cup pass, he sees the French woman bearing her husband’s body away. She is grateful for the life she was given and carries on with the loss she must bear. So the priest decides that he must face his life with a similar resolve. He returns to endure whatever fate awaits him.

But what is it that makes the two experiences—those of the French woman who bears loss in the way she does, and that of the angry parishioners, who bear it differently? How is it that one can take devastation with such understanding, and another is consumed with that devastation and seeks to replicate it, to punish blindly just as he was blindly punished?

“I took because I was never given anything” is the common justification of the thief. “I hate because I was hated.” “I scorn because I was scorned.” “Others were not cheated as I was cheated, so I must make up the balance and even the score.” For these things we can feel a kind of sympathy and understanding; we have said and felt them ourselves. We will extort the fairness that has eluded us.

But what of those who have that supreme perspicacity that appreciates the evanescence of all things, even that of those they held most dear? Those who see loss, even great loss, as the end of what was a good—but only a temporal good—as all things this side of eternity must be; who can release the hand of even those who were most cherished, and somehow utter a thank you for ever having had the hand at all; who walk to their Calvary, burdened, bleeding, and barefoot, but whose eyes are always focused elsewhere, beyond—at least a good three days hence.

Photo above credited to Luc. T and used under a Creative Commons license.

May 13, 2015 Contemplative Questions: An Interview on Spirituality and Prayer with Fr. Raymond Shore, OP, Part 1
Recent Comments
0 | Leave a Comment
Browse Our Archives
Follow Us!