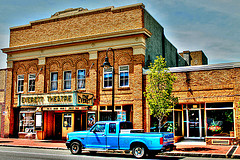 It took me more than a year of living out here to realize I am living in Updike Country. It just never occurred to me. The first time I ever read the Rabbit books, I’d never been to Pennsylvania.

All I knew was that Updike was writing about small-town America. Doesn’t really matter where, I thought. Could be anywhere. I didn’t think the specific location mattered much to Updike, either. I didn’t understand how it could have mattered.

Then one day I was standing outside a church in Collegeville, Pennsylvania, with a man named Mark. It was a cool night, as I remember it, and cigarettes were being smoked by a number of gentlemen in the parking lot. The Adam Begley biography of Updike had just come out.

I remembered vaguely some of the descriptions of the houses from the first Rabbit book. It is nighttime and Rabbit is on the run. He is looking at red stone houses and thinking about leaving the only place that he really knows, that he really understands.

That’s how I remember the passage, anyway. And now I see it. Updike wasn’t writing about Anywhere, USA. He was writing about these southeastern Pennsylvania towns, the ones I have, for the last year and a half, been passing through day after day.

In the Collegeville church parking lot, Mark was telling me something about his family, how they’d been living around here since the seventeenth century. He said it the way somebody in an Updike story would say it. I looked at Mark again. You’re one of them, I thought. You’re one of the Updike people.

I didn’t say that to Mark. Instead, I looked silently across the street to the stone buildings of Ursinus College. That’s an Updike place, too, I realized. I’m surrounded by Updike and didn’t know it.

Shillington is about a half-hour’s drive, maybe forty minutes, from where I live now. Updike grew up in Shillington, moving to a farm in nearby Plowville (which can barely be called a town) when he was thirteen. A few years later, Updike took off for college at Harvard and never lived fulltime in Berks County, Pennsylvania, again.

It didn’t matter. The childhood and early adolescence had been enough. Shillington delivered him into a literary project that never let up until the day he died. Updike never stopped writing about Shillington and Plowville and Reading and all the other places scattered around the semi-rural lands of Berks County.

In his stories, Updike renamed Shillington. He started calling it “Olinger.” Olinger is different from Shillington, no doubt. Updike once explained that the one place is “of the world” and the other place is “of his mind.” But the one is nevertheless fully dependent on the other. The mind, as always, draws its reality from the world.

Just last year, Everyman’s Library put out a Pocket Classic edition of Updike’s Olinger Stories. The collection was first published in 1964. Updike was ambivalent about collecting the stories (all of which were originally written as short stories for The New Yorker) in one volume.

But Updike came to agree that the stories belonged in a collection. He wrote a forward to the original Vintage edition of the book. Updike saw himself as binding “these stories together as one ties up a packet of love letters that have been returned.” He thought, in 1964, that the love affair with Shillington and its environs was over.

Updike was wrong about that. Even in the last year of his life (2009), he was still producing literature that reflected on his experiences in Shillington and in Plowville.

Let us be clear about one thing. The wonderfulness of Shillington is not apparent to the naked eye. It is the kind of town (as has been observed by many Updike commentators) that you wouldn’t take a second glance at driving through. Nearly every town around here is like that. Almost aggressively “middle” in every imaginable way.

So why write about Olinger? Updike tried to answer that question in the preface to his Olinger Stories. He wrote:

The point, to me, is plain, and is the point, more or less, of all the Olinger stories. We are rewarded unexpectedly. The muddled and inconsequent surface of things now and then parts and yields us a gift. In my boyhood I had the impression of being surrounded by an incoherent generosity….

When I read that passage the other day, standing in the front room of my two-room bungalow (my landlords call it “the cabana”) in Schwenksville, Pennsylvania, my arms fell slack at my sides and I dropped the book on the table. I stared out stupidly at the still leafless trees and watched the titmice and finches peck greedily at the feeder.

That son-of-a-bitch Updike was preaching at us the whole time, I realized. His was a literary project of redemption. It was a lifetime’s understated work of kataphatic theology. That is to say, the act of speaking of God as we find him here, in this creation, in this world, on this planet, around and about the roads—for instance, of Berks County, Pennsylvania.

It is the act of finding God in the dumb towns where nothing happens and never will, in the places that have no outward meaning except that the tireless goodness of things shines through anyway for those who might stop and pay attention for even a few moments, in a town like Shillington, where no one ever goes, but people live anyway, and funnily enough, live there like it is the very center of the entire universe. And well it might be.

Photo above credited to Fintrvlr and used under a Creative Commons license.

May 12, 2015 Facing Calvary
Recent Comments
0 | Leave a Comment
Browse Our Archives
get the latest from
Catholic
Sign up for our newsletter
POPULAR AT PATHEOS Catholic
1

How White Men Lost the Meaning...
suspended in her jar
Related posts from Good Letters 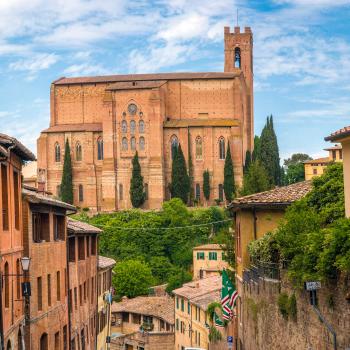 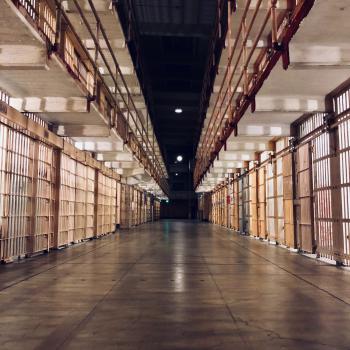