Go Ahead and Have the Damn Children!

Go Ahead and Have the Damn Children! May 15, 2015 Caroline Langston 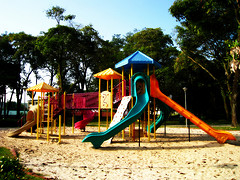 I was working from home a few days ago, on a day when both of my children were sick, a day that teetered back and forth between writing memos and proposals at the dining room table and wielding the digital thermometer aloft as I re-tucked the covers around hot little bodies.

It was the end of the day and I had turned to random housecleaning when I happened to hear, on the public radio program Marketplace, the latest installment of the show’s series on “first jobs,” pegged to a new book out called First Jobs: True Tales of Bad Jobs, Quirky Coworkers, Big Breaks, and Small Paychecks. In it, a young man named Jesse Kovalcik talked about his first job as a gravedigger at the South Florida pet cemetery where his father was working.

Aside from the built-in oddity of the job he described, the story was compelling for the family portrait it provided: The reason the family was in South Florida in the first place was that the father had gone there to enter a rehab program, and the pet cemetery job was the position he was given on release.

Far from being ashamed of the humility of his father’s job, Jesse Kovalcik recalled in the piece that for every grave he dug, his father must have dug half a dozen. He offered a vivid evocation of how his father would perform short funeral services for the bereaved pet owners—and the compassion he witnessed his father demonstrate inspired him to “try to do something that helps people.” Jesse is now a therapist and a school counselor in Oakland. (You can read and listen to his story here; the audio version is far better.)

I loved this story for what it showed, but did not say: that suffering and inadequacies in families can ultimately yield real strength and even nobility.

That’s a perspective that is not widely held today, I’m afraid: In the broad mainstream of the well-educated and relatively privileged, what I see instead—and this is admittedly anecdotal—is the belief, almost a manic compulsion, that one must solve one’s every psychic or financial problem before allowing any children through the gate into the world. And one must not merely have a house: It must be a bigger house. Children cannot be expected to share bedrooms, or forego Disney World. There must be a Five Year Plan. (But didn’t the Soviets invent those???)

All of which has led record numbers of young people to throw in the towel and say, Who gives a crap? Following close behind the recent boomlet of media attention concerning “the end of marriage,” we are now living through the media-frenzied embrace of Empowered Childlessness and all the freedoms it entails: This spring sees great public attention to Kate Bolick’s book Spinster and to the anthology Selfish, Shallow, and Self-Absorbed.

I’d be lying if I didn’t say, right up front, that I understand and, to some degree, sympathize with the emotions the child-free often feel. I was not married until I was thirty-one years old—which back then was ancient by Southern standards—and I spent much of the decade of my twenties at conservative Presbyterian Bible studies where the women generally shrugged their shoulders and tended to the kitchen and children while the men pontificated about C.S. Lewis in the duck-decoy-decorated den, shouting over my head when I tried to weigh in to the conversation.

People want what they want, and as much as the theology of marriage in my tradition holds to the necessity of “openness to life” (to which, for the record, I adhere), folks not thus inclined are just not going to listen to me. And I wish to note that I am not talking here about the people who suffer in various ways from infertility.

It’s those young people in the questioning middle to whom I’d like to address myself: the people who feel they will never be secure enough, financially or otherwise, to be “ready” to have children. You won’t, of course: You can stretch the criterion of “responsible parenting” so far and thin that it is never responsible to have them at all.

Maybe be a little less responsible, I’d say. And here I’d like to plead the case for the value of having parents who didn’t get all their neuroses sorted out. Who didn’t manage to save for college. Who broke the Judas Priest record in half after it was discovered hidden under the bed.

Everyone who has read this blog over the years knows of my own reflections on having a depressed mother and of my struggles not to be one. But the oyster needs, in the end, a grain of sand to become a pearl—and in the upper-middle class coastal circles I’m often around, the teenagers seem almost placidly engineered for high SAT scores and passive entry into mergers and acquisitions. Yet, the circumstances into which I was born, into which I was thrown, gave me compassion I am not sure I would have otherwise developed.

What we need, instead, are more fuckups. I was at my old boarding school awhile back, and sat on the antique sofa of a French professor with a gin and tonic and asked him whether my school still had its motley collection of “extravagant fuckups”—those trust fund kids and sometimes scholarship ones, too—geniuses in their energy and at the same time their inability to get it together.

And now that you can find everybody on the Internet, these are the ones who also turned out just fine.

Photo above credited to Schristia and used under a Creative Commons license.

May 14, 2015
Contemplative Questions: An Interview on Spirituality and Prayer with Fr. Raymond Shore, OP, Part 2
Next Post

May 18, 2015 In the Marrow of Depression and Anxiety
Recent Comments
0 | Leave a Comment
Browse Our Archives
get the latest from
Catholic
Sign up for our newsletter
POPULAR AT PATHEOS Catholic
1