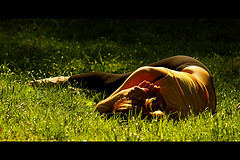 A text from a friend: “What do you believe happens when we die?”

She’d recently lost her son. He must have been no older than his late twenties, maybe early thirties. Over the years, she had told me enough about him that I knew he was troubled. I didn’t really know what kind of trouble. I knew she worried about him, about his ability to take care of himself. I don’t know how he died. I can only imagine.

But I cannot imagine what it feels like to have lost a son or daughter. I want to comfort my friend, but I don’t know how.

I promised to respond to her question—weeks ago. I still haven’t responded. I couldn’t imagine how, in a text message, I could respond—the thought of thumbing all the letters necessary to offer what would certainly be an inadequate response.

When we die: if we die on a sunny day, the sun will continue to illuminate mailbox and fly, door knob and dog leash. If we die on a clear night, stars, scattered like grains of salt across the rich, black bread of the sky, will make us hunger, thirst.

If we die in our sleep, we will slip away like a lover, quietly, hoping not to disturb her, because more than anything else in this world of pain she loves sleep and no one and nothing should trouble her when she’s wrapped in sleep’s arms.

If we die in a chair, the newspaper will remain open to a story growing old; if we die in a wreck, the salvageable parts of the vehicle will be recovered and sold; if we die without hearing I love you, our survivors will say, for a few days, maybe a week or two, I love you to our favorite shirt hanging in the closet, to the clutter on top of our bureau that, until we passed, annoyed them to no end.

No, that’s not what I meant, I imagine her saying. What happens to us when we die?

I was in high school. I smoked pot then. In my crowd, it was the thing to do—it was one of the things to do. I was moving in a certain direction, toward music, toward poetry, toward art. I was moving together with friends, I was moving alone and apart. Tim Buckley, Cecil Taylor, Robert Fripp. Rauschenberg, Ginsberg, Kafka, Duchamp. I was moving out. I was moving in. I was seeking a connection, a source without and within.

Strawbridge Lake, Moorestown, New Jersey. From my house on the north side of Cherry Hill, I bicycled there alone to be alone with “nature.” And I drove there with friends to walk by the water, to throw a Frisbee, to catch a glimpse of a life we longed for, we counter-culture teens, a reflective life we were already living, and to get stoned. Better there, by water and among trees, than the Cherry Hill Mall, though we wandered stoned in that climate-controlled Eden, too.

One sunny afternoon, I remember, I was stoned and while two friends walked one way, and one or two others walked another, I lay on the cropped grass near the lake. And on my back I felt the cold ground and then my back dissolved and my body was earth all the way down to the core.

And I gazed at the branches of a tree overhead and the sky through and beyond the tree and I was unbound and my body was light, leaf, bark, sky. No boundaries. Not even an “I” to say to loved ones who would mourn my disappearance, my absence, don’t be sad, I am the hot smoke you draw into your lungs and hold for a few seconds before releasing it; I am the spinning disc and its shadow moving toward your hand ready to snatch it.

And I heard a voice speak, and it said this is what happens when you die—you live as before, before you were reduced and confined to body and voice by which others knew you. You live now as life itself.

An out-of-body experience (it sounds silly saying it), and a voice telling me, now you know, now you need not worry about death. Get on with your life.

But now, I don’t know. And maybe, because, thank God, I haven’t lost a son or daughter, I enjoy the luxury of not having to think about it.

All I know is this: if we die before four in the afternoon on a Tuesday in America, the stock market will continue to post losses, gains. If we die old, they will say he lived a full life. If we die young, before our parents, they will say, it’s not supposed to be that way and he died before his time.

But Time will say nothing, and Time will do nothing to ease the pain of those who question and live, who call out and wait and wait for a reply.

Photo above credited to Alex and used under a Creative Commons license.

May 4, 2015
Las Madres: Art and Death in the Arizona Desert
Next Post

May 6, 2015 My Rainbow Connection, Disconnected
Recent Comments
0 | Leave a Comment
""It doesn’t matter when you start the Sinatra Christmas playlist or put up your tree. ..."
C_Alan_Nault How to Win the War on ..."
"Yup."
Max Marvel Finding My Inner Calamity Jane
"I an confused by the use of "aural" here: "In The Gutenberg Galaxy, he explained ..."
William G II The Gutenberg Imagination
"My friend is looking for a Pepper Smith he served in the army with, was ..."
Christine Budnack The Love Song of Pepper Smith
Browse Our Archives
get the latest from
Catholic
Sign up for our newsletter
POPULAR AT PATHEOS Catholic
1

A Dandelion and a Mothers' Day...
Steel Magnificat
Related posts from Good Letters

Did Medieval Catholicism Forbid All Vernacular Bibles?
An anti-Catholic Protestant blog called Evangelical Miscellanies produced a lengthy article entitled, “Was the Bible...
view all Catholic blogs
What Are Your Thoughts?leave a comment
Copyright 2008-2021, Patheos. All rights reserved.
error: Content is protected !!