The Art of the Authentic: Bill Baer’s Times Square 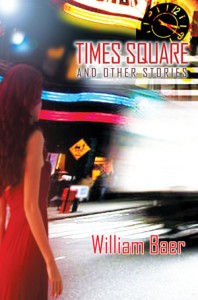 In 1973, Orson Welles made a documentary, F for Fake, in which he followed the story of Elmyr de Hory, a famous forger whose work was indistinguishable from the great masters he mimicked.

One of the participants in the film was writer Clifford Irving, Elmyr’s biographer, who was holding forth on the forger while at the very same time perpetrating a literary fraud by penning a false autobiography of Howard Hughes. Welles, the narrator, delighted in reminding the audience that he, Welles, was also one the biggest hucksters of all time, whose radio hoax about a flying saucer invasion caused a national uproar that thousands actually believed.

The great director’s question in the film essay—a technique quite innovative for its time—was the old conundrum of what is real and what is not, and what makes something art as opposed to imitation.

Of course, Plato despised art for this very reason—its fraudulence. But a more generous view was later taken by aesthetic rehabilitators, who said—more or less—that “art is the lie that leads to the truth” (well, actually Picasso said that, more or less). And in Bill Baer’s short story collection, the pervading theme is a testing of that statement through fictive means. In Times Square and Other Stories (Able Muse Press, 2015), art puts itself in the docks.

As a poet, fiction writer, scholar, and screenplay professor, Baer’s depth of experience is considerable. He writes with authority, beginning with the title story, “Times Square.” A man and woman from opposite ends of the globe are directed towards each other by a set of separate instructions written in the far past. Blind but faithful, they are willing to go along with the story set out before them, trusting and participating in it.

Like a puzzle, the work comes together piece by piece. The reader is increasingly oriented about the characters, their motives, and the mystery of their guidance as the lines of the story form. The shape molds about the protagonists; the back and foregrounds are filled in.

Meta-fictionally, the characters live the tale as they follow the plot points, seeking that most genuine, most authentic of things, love, through the artistic narrative. The reader follows in trust and faith where the story leads, just as the characters rely on the ones who are writing it, intuitively believing that the authors have their interests in mind, and that their good is intended. It seems trust, submission, is at the heart of civilization, as well as at the heart of the heart.

In “Disumbrationism,” the theme is explored from another angle, focusing on the inauthentic. The name comes from an early nineteenth century hoax. Scholar Paul-Jordan Smith, disgusted with the pretensions of modern art, submitted a naïve painting to various art exhibits. In conjunction, he coined a false movement—“disumbrationism”—and gave himself an exotic name (a familiar ruse in times when an artist’s background story, gender, color, and political statement can be as important as anything he does).

Predictably, Jordan-Smith succeeded in being roundly accepted for his genius. But when he unveiled his prank, the experts shrugged off their indictment. The art world is notoriously impervious to exposé.

In the story, an art expert has received an anonymous letter claiming that a number of paintings in a major museum are forgeries. Like Jordan-Smith, the letter writer makes the charge that when minimalism is the fad, there is no way of knowing. Does art lead to truth or obscure it when there is so little that invites entry or communication? The question is whether truth will indeed be the daughter of time, as the ancients promised.

Yet another take is that on the world of film. In “Pure Cinema,” a great work of cinematic art, said to be the most beautiful film ever made, has been missing for years. In search of the work, a film historian learns what artists can do to themselves in a tunnel-vision quest for artistic purity. Like Frankenstein’s vain pursuit of power, the artist can tempt madness by demanding the narcotic of aesthetic experience.

Similarly, in “Screwball,”this Shelley-like madness is touched upon via a different type of artist—the baseball pitcher (he who “paints the corners of the base with the unhittable ball”)—and his perverse search for the physiological science that would enable the perfect pitch.

In a particularly ambitious and satisfying story, “The Plagiarist,” Baer returns to the narrative arts. The question of where one mind ends and another begins lies at the complex center of a tale concerning a man whose propriety over past artistic achievement has a destructive effect. He cannot see, despite his every effort to see, what he is copying. The cautionary reminder that Bach seldom wrote his own tunes and that Shakespeare borrowed all of his tales brings the critic up short.

The desire to be original is in fact at the heart of our first mistake—a desire not to be God-like, but to be God himself. How fine the line is between imitation and appropriation, between inspiration and theft.

Other stories tease out the same idea, but space permits mentioning only two: In “Shroud,” the drastic consequences of a man’s devotion to the story behind the Shroud of Turin—and to the need for demonstrable proof—is contrasted with the faith that makes that story irrelevant. And in “Endgame,” a priest caught in the middle of the Soviet overrun of Prague must play a game of chess in order to win his life; in so doing, he relearns the difference between conceit and obedience.

Baer’s enlivening work is strengthened by his honor-bound obligation to tell a good tale at the same time he tells a meaningful one. These days, the compression demanded by the short story form often leads to a failure on both counts. Times Square, with its thought-provoking central theme realized in captivating works, proves the happy exception.

June 23, 2015 Ray Bradbury Lives Forever
Recent Comments
0 | Leave a Comment
Browse Our Archives
get the latest from
Catholic
Sign up for our newsletter
POPULAR AT PATHEOS Catholic
1 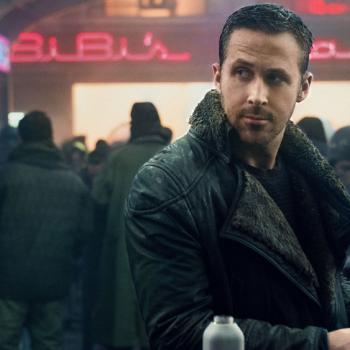 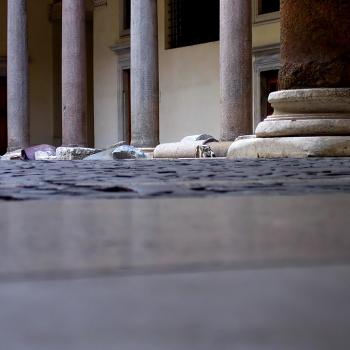 Catholic
Phantom Thread : A Union of Psyche and...
Good Letters 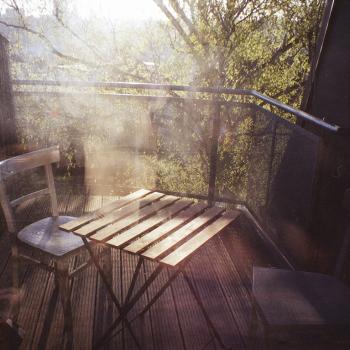