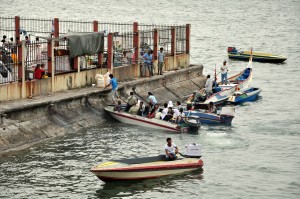 That day I had been humming through hymns in some music planning for our small startup Episcopal community in rural Washington. “We are one in the spirit, we are one in the Lord,” came to mind, an old camp song. Good energy for coming back together at the end of a summer. Now the music stopped.

One in the spirit and one in the Lord? I couldn’t get the picture out of my mind. How blind I was to God’s people struggling each day just to live? Aylan must have tussled and played with his older brother just like my little one, but his brother drowned too. Aylan’s mother must have tucked them both in the same way I tuck in my sons, until she drowned that same day. I started to feel desperate. “They’ll know we are Christians by our love,” the hymn goes. How was I showing Christ’s love?

My feeling of discomfort grew. I emailed a friend who does overseas mission work, but she didn’t know a way to plug in directly. What if my family flew somewhere, worked in a camp? There were places to give, but that didn’t seem enough. We could take a family into our home, but the US has only permitted immigration to 1,500 Syrian refugees.

I learned about refugees when I was ten years old and my family took in two Laotian refugees through a program at our church in Anchorage, Alaska. They were brothers in their early twenties who had fled Laos, swimming across the Mekong River under cover of darkness to a refugee camp in Thailand. One had been a Buddhist priest, captured in the fighting and imprisoned in a small bamboo box. He escaped, though lost a finger to gunfire in the attempt.

Each of us was required to get a full battery of shots before Phoumy and Bounchanh could come live in our home. My mother worried the brothers might make a fire in the middle of the floor. The unknown can make otherness much bigger than it is. And then they arrived, gentle and quiet and grateful, and our family began a long relationship with the Lao and Thai community growing in our unlikely northern city.

We taught them some English, and we kids learned to count to ten and say hello and goodbye with a bow (sabadee, sabadee-ba). We went to gatherings and ate balls of sticky rice and smiled and laughed with other children even when we couldn’t understand each other’s words. One photo shows all of us on skis sliding around in the neighborhood snow. I can’t imagine what Phoumy and Bounchanh thought coming from the jungle environment of Asia to our cold dry Alaskan air.

Even after Phoumy and Bounchanh found their own homes, my dad stayed involved with the refugees helping to set up small gardening and janitorial businesses for those needing work. Phoumy brought his wife over from Laos, and they started a family and had four beautiful children. Bounchanh married and moved to the southeast US. Every Christmas after leaving our family’s home, Phoumy has come by with a large plate of food to share. When my parents divorced, he visited both homes. He still comes, thirty-three years later.

When my father died, I saw Phoumy through the crowd at the funeral. I had not been home for his Christmas visits for many years. “Be strong, Shannon, be strong,” he said, and I looked into eyes and I felt his strength. This man from the mountain country of Laos came to my father’s funeral and offered me strength because once we had offered it to him, and because the deepest parts of our humanity were the same and we needed that from each other.

I imagine how strange and significant it must have been for my parents, both born and raised in small Midwestern towns, to take in these men, but their example made it seem natural for us kids. For our church to sponsor them and for our family to know them was natural and good, and though the war in Laos might be an ocean away, the need and the humanity were a part of us, too. Any sense of otherness dissolved in the practice of love.

But my family cannot take in another if the US is not letting in Syrian refugees. Becoming better informed and giving to organizations assisting them is a start, but it does not feel like enough. How can I do better at showing Christ’s love? Then I thought (perhaps I heard?): maybe I cannot go to Syria, but I can expand my understanding of refugee.

A refugee is a person who has been forced to leave their country because of war, persecution, or natural disaster. It comes from the seventeenth century French: one who has gone in search of refuge, refugia.  These are not only people who are oceans away.

Most in our small mountain community of just a few thousand year-round residents were temporary refugees from the devastating wildfires of the past two summers. Most were able to return home. Some, though, do not have homes, and others are seeking refuge in other ways. I call around. Our family can pray, our new church community, too, but I want to know how my older child and I might do something together.

The local food bank stocks shelves on Thursdays. There is kindergarten during those hours, but this is another kind of learning, a deeper one. My son and I can do this together, even once a month. Maybe this can be a start to feeding mouths and growing hearts, to recognizing refugees among us, and ourselves in the refugees.

Stocking food in our small valley does not help the nine million displaced in this crisis. Aylan was only one of so many more. How will they know that we are Christians? Where is our love? Until policy changes, we can send support abroad, and show our love at home to those displaced within our own borders and by our own system. We can remember that fear is a prompt to open our hearts even if it feels easier to close them.

“We are one in the spirit, we are one in the Lord.” It’s a wonderful song to sing, and a harder one to live, though more wonderful in the living. Our world—each of us—failed young Aylan because we were not willing to see. Now we can go looking for him.

Shannon Huffman Polson is the author of  North of Hope: A Daughter’s Arctic Journey as well as essays in Cirque Journal, High Country News, Alaska and Seattle magazines, Huffington Post and Ruminate Magazine, where her work was given honorable mention in the 2015 VanderMey Prize for Nonfiction. Her work is forthcoming in River Teeth Journal. Her current project about mythology, community and pathfinding is based on her experience as one of the Army’s first women attack helicopter pilots. Polson is a graduate of SPU’s Master of Fine Arts program. She can be found writing or with her family in the mountains of Washington state or Alaska and always at her website, Facebook, and Twitter.

The image above is used through Wikimedia Commons, and is credited to Dcubillas. 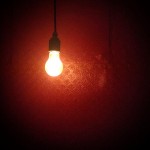 September 14, 2015 Thou Shalt Not Kill Time: The Ethics of Storytelling
Recent Comments
0 | Leave a Comment
""It doesn’t matter when you start the Sinatra Christmas playlist or put up your tree. ..."
C_Alan_Nault How to Win the War on ..."
"Yup."
Max Marvel Finding My Inner Calamity Jane
"I an confused by the use of "aural" here: "In The Gutenberg Galaxy, he explained ..."
William G II The Gutenberg Imagination
"My friend is looking for a Pepper Smith he served in the army with, was ..."
Christine Budnack The Love Song of Pepper Smith
Browse Our Archives
Follow Us!

St. Antony the Great and God’s Universal Presence
After seeking God through an ascetic life of prayer, St. Antony the...
view all Catholic blogs
What Are Your Thoughts?leave a comment
Copyright 2008-2017, Patheos. All rights reserved.