Tale of the Lucky and the Star-Crossed 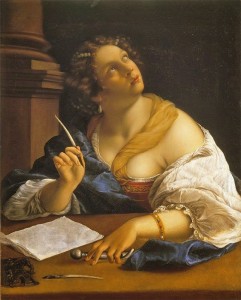 They say that luck is where hard work meets opportunity. But often the ones who say that are those who are the greatest beneficiaries of luck. It seems a way by which the fortunate can reclaim a portion of the credit for the things that have befallen them:

“Yes, X happened, and it was indeed fortuitous, but had I not stood ready to seize the moment and make the most of it—had I not prepared my body and mind for just such a chance—nothing would have come of it all.”

And in a sense, a portion of that seems so. Even when the stars align, the sea parts, and before us lies the golden way, only those who have the presence of mind to capitalize upon the moment, to swoop in and storm on to claim the happy day, can smile when they later tell the tale.

At times, the teller is humble. He admits that what has come his way is inexplicable, all talent and effort aside. “What I got from life was more than I would have dared ask for,” a great singer once said. The profligacies of fate are not always lost on its beneficiaries, and the best of time’s favorites acknowledge that to be the case.

But it can be a bitter pill, nonetheless, to those who sit on the other side of the glorious legend, sulking in the shadows as it’s told. The unfortunate—“unfortunates,” rather, as their number is countless—sit there in the gloom, brooding with gritted teeth, seething at the story of happenstance, however humbly it is related.

“Lucky,” they say, casting the word at the blessed one in disgust, as though it were a curse and a derision. “Just lucky.”

They measure what all they’ve done and what all they’re capable of against the prize-winner and charge that nothing that has befallen him had anything to do with skill, with talent, with honor or worth or desert. They cry that prosperity is nothing more than the random bump-and-bounce, rattle-and-settle of a roulette ball falling into the exhausted physics of its resting place along the wheel. Nothing more than the bumble-and-tumble of the dice cubes as they land upon the green felt of accident.

And beneath this mock is the burning, tear-soaked rage at the unfairness of life—at the fact that fortune (notoriously blind) should look so much like justice (also notoriously blind)—and that the grand wrong of the universe is that hard work and native genius can be dismissed as easily and with as little care as though they were their opposites. The brilliant and the gormless regularly stand shoulder to shoulder outside the velvet cordon, roped away from the bright flashing lights under which fortune’s favorites masquerade in a borrowed value.

And yet, in the end, is there anything about the dogged pursuit of perfection that can be said to win luck’s favor? Can she be courted? Can she be won?

Is there any aspect of the unflagging effort spent that can serenade luck’s attentions, coax her from her boudoir and out onto her balcony with dulcet tones and engaging melodies of sincerity? Can earnestness charm her into throwing precious favors down from her high unassailable place, so that the player can scale the ivy-wrapped trellis and take her, at last, into his arms?

It would be nice if that were so. It would be the way that things should end, deserve to end.

But that is not the way of things; for luck is not a matter of desert. She loves whom she will, and the monumental tragedy of those she has spurned is so commonplace that it is rarely spoken of at all. The tale of the star-crossed is far too ordinary for notice and all too mundane for fickle favor’s gifts.

Unfortunately, it seems that luck was never much of a lady after all.

The above image is by Artemisia Gentileschion and is public domain.

October 7, 2015 Life-Saving Moments of Art
Recent Comments
0 | Leave a Comment
Browse Our Archives
get the latest from
Catholic
Sign up for our newsletter
POPULAR AT PATHEOS Catholic
1