Dancing on the Way to Prison

Dancing on the Way to Prison March 18, 2016 Guest Contributor 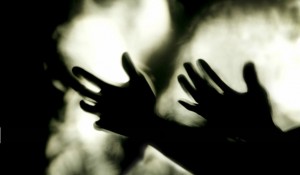 I’m standing in a circle with thirty singing and swaying old men and we hold each other’s hands because of our Lord and Savior Jesus Christ and signal the presence of His Spirit by fluttering our fingers during certain parts of the song, the fluttering strange at first and then completely appropriate and satisfying.

There is an old man in front of me with wide forehead and dark eyes and he is bald and tall and strong and he is dancing. He shakes his hips and leaps on one leg and then the other in those impossible khaki shorts he wears in winter, and he looks like he would’ve been a murderer or bouncer or head of a biker gang if he’d not been made a perfect child and clown by the Holy Spirit.

We release hands and begin another song, and these strong old men fold their hands behind their backs like little children holding flowers for girls and they put their voices into the middle of the circle where the song gathers like a creature rising out from fire and for all their gruff, worn appearance the singing is impossibly loud, sincere, and generous.

They sway again, gently. Most of the them are retired or near retired and in jeans and old hoodies and Steelers jerseys and they are all shorter than me but they have worked all their lives and it gives their movements a kind of slow, wounded gratefulness that makes them seem taller, almost majestic.

They are all completely normal except that they are in this old storefront church at eight a.m. on a Saturday and they smile and raise their hands way too often and really believe Jesus rose from the dead and is here with us and that we should go into prisons and tell them all about it.

That is what we’re here for: We’re a prison ministry; we’re preparing to go into prison and tell them about Jesus.

Another old man breaks the worship circle, and steps into its center. He is potbellied but otherwise long and slim, and grips a cane that is both his emphasis and support, striking it on the carpet at the end of each sentence.

We are here, he says, to defy Satan. He looks around like he is not sure we will, or if we really want to. We are going into prison, and we want ’em, he says, the murderers, the rapists, the worse the better. We want the worst. And he strolls like a pimp with that cane, his big thick glasses drawing all attention to his drooping bulldog face, his long grey ponytail swinging after the things he says.

I doubt him at first but he raises that old varicose hand and I learn he can say the Lord is here, and He is. And I feel it, like my temperature rising safely. It leaves us in a kind of trance. We are going into prison; we are going to tell them about Jesus.

Make no mistake, we learn, the prison belongs to Satan. He doesn’t want us there. To make it in the den of Satan we will have to move under the covering of the Spirit. He smiles. We are here to build that covering. He is silent and looks at us with bulged eyes, then points to the guy with guitar and leaves us with corny music and the quiet he’s made and formed us in.

We are done singing but we are not done holding hands. The ponytailed leader takes my hand and instructs us all to pray. He and I scoot our chairs together. He is short but his big belly makes him somehow taller than me when he is sitting, and he bends down to hear what I am quietly telling him. I see his old smelly tennis shoes and gold chain hanging off his maroon polo, and he waits for his turn and he tells me all the drugs he pumped into his left arm before he rose from the dead and became an Episcopal priest.

He holds my hand, and I feel his gnarled fingers and their sand and roughness and wonder how this hand was wounded into its shape in mine. And he tells me to close my eyes and his breath is loud and gusty and it does not smell. He speaks in clichés but something in his gasp or the wind in the back of his throat is their illumination.

When we are done I open my eyes and all these old men are still praying in close pairs and I look at how prayer works on the shape of their faces and holds them like rag dolls, heads bowed to each other, near falling off the chair and into each other’s arms. Faces sag, wrinkles fold on one another in gratefulness. Words have new shapes in their mouth, clear and soft and slow like they are carried on wind.

We rise for lunch and go to our tables and I sit with one man, then another, and another, as they each come and try to sit next to me and I think, yes, now we’ll discuss sports or cars or work but they stare across the table at each other and take a mouthful of Sloppy Joe and they are going to tell me about their suffering. They all claim a particular reason why they shouldn’t be alive. They are all on their second marriages and they are wounded and so very grateful.

I see these men, leaning in with macaroni salad, and to me they are spirit and pain. Their pain is why they are so sweet and it makes them shy with how they sit and what they say and don’t say.

And then the spirit comes as we eat and it makes them careless so that they laugh and tell me miracles.

John Bryant lives with his newlywed wife in Beaver Falls, Pennsylvania, and is studying to be an Anglican priest.

March 17, 2016
Changing Positions: A Meditation for Campaign Season
Next Post

March 21, 2016 A Space Program
Recent Comments
0 | Leave a Comment
""It doesn’t matter when you start the Sinatra Christmas playlist or put up your tree. ..."
C_Alan_Nault How to Win the War on ..."
"Yup."
Max Marvel Finding My Inner Calamity Jane
"I an confused by the use of "aural" here: "In The Gutenberg Galaxy, he explained ..."
William G II The Gutenberg Imagination
"My friend is looking for a Pepper Smith he served in the army with, was ..."
Christine Budnack The Love Song of Pepper Smith
Browse Our Archives
get the latest from
Catholic
Sign up for our newsletter
POPULAR AT PATHEOS Catholic
1