I Am a Digital Man 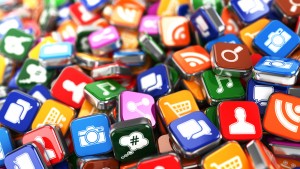 I couldn’t record it in my Flava journal app because the transformation happened slowly, like any great change of being. The epiphany, if that’s what it was, only marked my awareness of what had been accomplished through the myriad invisible operations of life. There is mystery yet.

I remember one day at church, a friend mentioned a place to look for work, and, almost without thinking, my hand whipped out my phone and opened Evernote. My hand knew what my mind didn’t: that I have gotten used to thinking “there’s an app for that.”

It doesn’t bother me to use Xero for bookkeeping, Our Groceries for shopping, or MyFitnessPal for food calories. However, as I’ve begun to transition in my career this year, I find myself digitizing nearly everything to become as mobile and light as possible. I’ve created twelve or more new folders in Dropbox. I’ve downloaded as many productivity, organization, and goal-tracking apps. When I learn something new, I save it to Evernote or Diigo. When I talk to someone professionally, I find them on LinkedIn. When I want to tell the Internet something: Buffer. To read that later: Pocket. New task? Producteev. New weigh-in? Airtable. New beer? Untappd.

New commitment to be more empathic with my wife? HabitBull.

Yes, that’s right. I have an app for my marriage. I use it to try to be more patient with my son, too. Getting weird, yet? This is my life now. Nice to meet you; I’m the Digital Man.

If you’ve read anything I’ve written about my eldest son, you’ll understand why I need a goal for him. One night he was crying and berating himself in his bed, long after bedtime, because he lost his book light privileges for doing the thing I had just told him to stop doing or he would lose his book light privileges. This was about the twelfth time that evening that his actions led to a consequence, natural or imposed, that I had warned him about, so the urge to rub his little distracted face in it was, frankly, pretty powerful.

But in the moment I actually imagined opening HabitBull later to log my goal with him for the day, and that was the nudge I needed to calm myself down and empathize with him.

I’ve had this kid for just a little longer than I’ve had a smartphone, though. You might think I could relate better to my wife of 15 years without digital assistance. Nonetheless…

My wife and I had just completed a new workout regimen. She had gotten out of the shower as I was getting in, and as I washed up she expressed some ambivalence about it—again. And because I was irritated about something else she’d said, and my arms were sore, and I was fumbling with the body wash, I made some impulsive, off-hand crack about her having a low tolerance for discomfort.

Insert your favorite remark about dense husbands and longsuffering wives here, but we’ve all done it. She called me on it, her tone clearly indignant, hurt, and exasperated, though I could not see her through the shower curtain, and I immediately knew what I should do.

Analog me would have known what to do, too, but probably would have done something else like tried to justify myself or grunted and changed the subject. But I’m the Digital Man now, and I remembered that I would have to tell my app whether I did or did not respond with sensitivity to my wife. So I took a breath and did the right thing and apologized.

It rattles my reality that this app has done more for my age-old relational goals than years of painful discussions and earnest promises. I worry that I’m externalizing what I should have the moral character to do on my own. I worry that I’m letting technology organize my life in place of concrete, interpersonal, immersive experiences. I worry that I’m squeezing the mystery out of my life with automation.

I try to rely upon these apps more as crutches for my weaknesses than surrogates for my strengths. I use apps that require me to do things in my actual physical life and that depend upon my integrity to report my progress honestly.

As with crutches, the goal is to one day set the app aside, or at least replace an accomplished goal with a new one. If I achieve my goals in the app but see no change in my life, then I will have accomplished nothing of lasting worth. In this way I am not a thoroughly digital man—I hope no one is. Such a man would be a digital ideologue, committed more to his metrics than his marriage.

I want my digital liturgies to teach me to desire reality. That may be asking a lot, but I reject the implicit pedagogy of the digital: that we are stimulation machines. The futurists may welcome this, but no one who affirms the Incarnation can prefer the touch of a screen to the touch of a face or can be nourished by an emoji better than a son’s embrace.

We are all being transformed, and we should not be ashamed to question the change. I read about Jesus’s dirty feet on an LCD screen, and maybe I need an app to remind me to take my shoes off in the grass, sometimes. This is my reality. I am Digital Man, but I’m trying to preserve the Man part.

March 25, 2016 Poetry Friday: "Divine Wrath" by Adélia Prado
Recent Comments
0 | Leave a Comment
""It doesn’t matter when you start the Sinatra Christmas playlist or put up your tree. ..."
C_Alan_Nault How to Win the War on ..."
"Yup."
Max Marvel Finding My Inner Calamity Jane
"I an confused by the use of "aural" here: "In The Gutenberg Galaxy, he explained ..."
William G II The Gutenberg Imagination
"My friend is looking for a Pepper Smith he served in the army with, was ..."
Christine Budnack The Love Song of Pepper Smith
Browse Our Archives
Follow Us!