Susan B. Anthony: Failure is Impossible 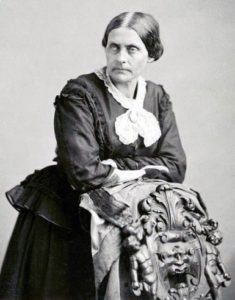 Just a few miles from my home in Rochester, NY, is the house where Susan B. Anthony lived for most of her adult life. Her house is now a National Historical Landmark, though I remember what a struggle it was for local women to attain that designation for the house some thirty to forty years ago. Sexism, like racism, dies hard.

Thanks to the ongoing work of dozens of volunteers, the house has been restored, and tours of it—rich with details of Anthony’s life—are given daily.  I seem to go on the tour about once a year, because whenever family or friends come to town, I take them to this unique historical site. Most recently, I took my teenage granddaughters who were visiting.

I never get tired of hearing the details of Susan’s extraordinary activities. I like knowing that her parents were Quakers, and that they raised her to engage in all issues of social equality. So working for the abolition of slavery with Frederick Douglas, who also lived for a time in Rochester, came naturally to her. I’m moved that both of them, Douglas and Anthony, believed in and advocated for the equality of all peoples: African Americans, women, new immigrants, and Native Americans.

The tour always includes an account of an episode in Anthony’s life that is, I think, everyone’s favorite: her arrest for voting in 1872. New amendments to the Constitution passed after the Civil War had granted “citizenship” to “all persons born or naturalized in the United States’ (14th Amendment, 1868) and prohibited states from denying a citizen the right to vote (15th Amendment, 1870). Anthony had long been advocating for women’s suffrage, and she chose to interpret these amendments as giving women the right to vote. (After all, women are “citizens.”)

So on the day of the 1872 presidential election, she strolled down the block to the polling place and announced that she was there to vote. The shocked men staffing the site objected, but Susan declared “I’m a citizen, so I have the right to vote.” Finally they let her vote and she proudly walked home.

Three days later a federal marshal came to her door to arrest her for breaking the law by voting. She put out her hands to be cuffed, but he demurred; she was already well-known, and he didn’t want to create more of a scandal by handcuffing this dignified, outspoken woman. So they walked together to the trolley that would take her to jail.

As she entered the trolley, she refused to pay the five cents charge, proclaiming loudly “I’m riding as a guest of the federal government.”

When it came time for her trial, authorities decided that she was too well known (and had too many ardent followers) in Rochester, so they chose the courthouse in a village about thirty miles south. There the judge instructed the jury to declare her guilty. She was charged a $100 fine. She never paid the fine, and it remains as “unpaid” in the courthouse ledger.

Anthony continued to work tirelessly for women’s suffrage, traveling the country and giving about a hundred speeches each year. She didn’t work alone: many women were active in the cause, and the tour of her home includes the room where these women met to strategize and to write letters and speeches. An antique typewriter sits on the desk, and I enjoy picturing Susan sitting there typing away.

Susan B. Anthony is buried in Rochester, at our major public cemetery. Every election day, Rochester women make a pilgrimage to her grave and place their “I Voted Today” stickers on her gravestone.

This past presidential election, in 2016, the number of women coming swelled by more than a hundred-fold. Literally thousands came, and the line waiting to reach Susan’s grave was hours long. This was, of course, because it was assumed that the first female president was being elected that day.

Susan B. Anthony had started this ball rolling; but, as it turned out, the ball didn’t quite reach its goal in 2016.

Anthony died in 1906 at the age of eighty-six. She had just returned home from Washington, D.C., where a birthday celebration had been thrown for her and she had given her famous “Failure Is Impossible” speech. She didn’t live to see failure turned into success: the 19th Amendment, giving women the vote, wasn’t passed until 1920.

“Failure is impossible” became a motto for the ongoing fight for women’s suffrage, and the gift shop at Anthony’s house sells teacups, socks, and bookmarks inscribed with these words. The tours of her house are crowded—with men as well as women—whenever I go.

As for failing so far to elect a woman president, the tour inspires guests to believe that ultimately this failure will be overcome. I’m not sure I’ll see that day, but I know my granddaughters will.

Above image found via Wikimedia Commons and used with permission under a Creative Commons License. 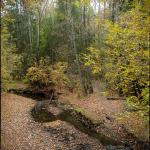 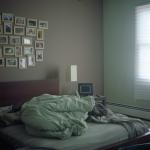 Boom: how one priest transformed a...
The Deacon's Bench
Related posts from Good Letters