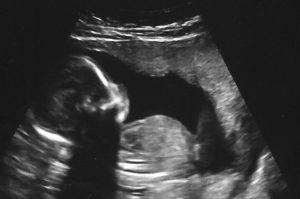 As I read and re-read this poem, I enjoy noticing exactly when I’ve realize that it’s about the speaker’s pregnancy. If I know that “linea nigra” in the second verse is the dark line that appears on a pregnant belly from belly button downwards, then I’ve already caught on. If I don’t know this, I start suspecting the poem’s subject in verse three’s “germinal dark.” But who, still, is the “you” who begins to be addressed here? For me, it becomes crystal clear in the fifth verse that the speaker is addressing her fetus: “the tick of your limbs, a second hand, / a second hand, fingers whorled and filling / with bone.” But the speaker’s real interest then becomes the “scale” of the poem’s title: measuring out the time when the new life born will start counting its days afresh. “Laid / upon the scale,” its life will be “weighed against a feather, / already counted up” — “already” because (as a few verses above has put it) “the book of our days” has already been penned.

of my belly taut, halved by a slurred gray line.
Linea nigra, the doctor says, my belly button’s
new ashen tail a ghostly likeness of the cut cord

that once bound me to my mother.
These days I am a solstice, a season begun
in your germinal dark. Measure me now

there, the tick of your limbs, a second hand,
a second hand, fingers whorled and filling
with bone, numbered one by one,

as are your days in that luminous book.
Nameless one, I know you in numbers.
Your parts, your gathering weeks, the 145

of your heart. The thrum of kicks
in an hour is as many as the sparrows
that flit in the bare snarl of vine and hedge,

as many as the houses that line our street,
my trips to the bathroom in the night.
I think, in those small, bleary hours,

of the hand that pens the book of our days,
turns the page. Nameless one, only once more
will you be numberless, when you begin again

at zero. Day you quicken toward, cold sear
of light, fugue of voices. You’ll be cut
like yarn from the skein, your skin unshined

of blood, your heels grasped and slapped.
Cry, numberless one—for now you are laid
upon the scale, the 0.0 you’ll shatter, 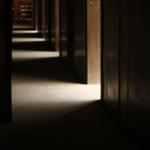 November 30, 2017
The Cost of Writing the Truth
Next Post 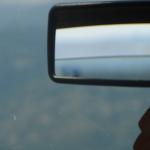 December 4, 2017 Advent Lights
Recent Comments
0 | Leave a Comment
""It doesn’t matter when you start the Sinatra Christmas playlist or put up your tree. ..."
C_Alan_Nault How to Win the War on ..."
"Yup."
Max Marvel Finding My Inner Calamity Jane
"I an confused by the use of "aural" here: "In The Gutenberg Galaxy, he explained ..."
William G II The Gutenberg Imagination
"My friend is looking for a Pepper Smith he served in the army with, was ..."
Christine Budnack The Love Song of Pepper Smith
Browse Our Archives
Follow Us!