“A Pair of Silk Stockings” and Other Frivolous Pleasures of Mothers

“A Pair of Silk Stockings” and Other Frivolous Pleasures of Mothers January 4, 2018 Image 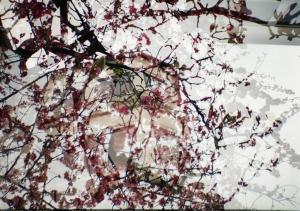 After a harrowing weekend of yelling at my children, I decided I needed to take drastic measures. I’d been getting sleep, eating well, exercising, and, yes, praying, but I still found myself on the razor’s edge of tension, slamming utensil drawers and screaming, “Stop!” if my son so much as edged one tine of his fork into his sister’s personal breakfast space.

I proclaimed to my husband and my other spouse, Facebook, that if I could get through the rest of the week without yelling, I’d treat myself to a trip to Macy’s.

It was not about the clothes, of course, but what an excursion like that would stand for: doing something by myself, for myself, out of the house. A museum would have worked. A bookstore would have worked. But I live in a suburb far from “culture” and wanted to feel the fabric of new clothes—from the 70-80%-off clearance rack, of course—on my skin.

I told my sister about my plan.

“Isn’t it enough knowing that when you don’t yell, you stay in control?” she asked.

I needed a different motivation, something to lure me away from the exhausting work of filtering my thoughts through whatever is good, true, and lovely. Instead of self-talking my way through a moment of frustration, I’d picture myself hanging sweaters, in the rich greens, browns and plums that I love, on a dressing-room hook.

That week, a high school student named Mina, whom I tutor via Skype, shared the story she was currently studying in class: “A Pair of Silk Stockings.”

I hadn’t been a big Kate Chopin fan in my earlier days. Happily married since college, I’d always hated the smug “Story of an Hour,” although I’m sure I would have felt differently in 1894. I also couldn’t relate to Edna Pontellier from The Awakening, and as far as “A Pair of Silk Stockings” was concerned, Mrs. Sommers was shallow, weak, and wasteful for compulsively spending the money she allotted for her household on frivolous pleasures.

Since it had been awhile, Mina and I read the story together in preparation for reviewing her thesis. As Mrs. Sommers fell into each activity, smitten with the excitement of a day on the town, I found myself rooting for her. Buy the stockings! Button those kid gloves! Order the crème frappe, dammit! Your little girls have gone through a navy’s worth of sailor hats, for crying out loud, and can fold them out of newspaper so you can visit the theatre for once.

When Mina and I reached the end, in which Mrs. Sommers rides home on the cable car, wanting the day to go on forever so she doesn’t have to return home, my stomach sank as it does every afternoon when I hear the bus turning on our block. No matter how much joy I get from my kids’ stories and smiles, I never seem to get enough time to myself and want to turn back the clock.

“I think she’s wrong to spend all that money,” my student said. “Is that right?”

“Stuff isn’t supposed to make you happy. And now she has no money left for her kids.”

Mina raised an eyebrow onscreen. “Should I try to analyze this from a Marxist perspective?”

“Here’s the thing,” I offered. “It’s true she shouldn’t find her value in clothes and restaurants. But raising kids? Well…it’s hard.”

Was I immoral for saying that? Anti-intellectual? Or did I finally get Chopin? Was I real feminist now or just another consumerist sheep?

Mina worked on her thesis. I helped her with action verbs and syntax all while dreaming of Friday. If anything, “A Pair of Silk Stockings” drove me toward my goal with an even fiercer resolve. If I made it just three more days, I’d try on dresses. Buy some earrings. Maybe even go to the food court.

The next morning, my son threw a bag of open rice cakes in the air. No reason. Just threw them as if the act were a normal, involuntary physiological process.

I smiled as crumbs landed around me like nuclear fallout.

A sweater. A dress. A pair of fleece leggings.

“Perhaps we should clean those up, Sweetheart.”

I made it to Friday.

After exercising and taking a shower, I put on a nice sweater and even took twelve seconds to apply eyeliner. I drove to the mall, bought a cappuccino, and began a lovely afternoon of mind-numbing activity.

For three hours, I didn’t think about kids. Or even writing, for that matter. I spent at least an hour rifling through bras on clearance, the lonely 30AAs and 42DDs that tend to be left behind. No matter. The tiny plastic squeak of hangers quieted my soul.

I tried on several dresses I didn’t need, buoyed by the warm lighting in the dressing room that softens my face like an Instagram filter. I took a break and bought spicy tofu in the food court, staring at the video screens gyrating with teenaged pop stars.

In the end, I bought a pair of pajamas and two shirts on sale (unlike Mrs. Sommers, I went straight for the bargains), totaling around $30. Mostly, I enjoyed a day of simple sensual pleasures: cable-knit on my body, the scent of coffee in my nostrils, and the feel of linoleum under my feet.

Did I give in to my baser desires? Am I just another pawn to consumerism, believing I can make myself happy with a swipe of my credit card? Should I have spent the day journaling and praying?

I don’t know. Maybe. But then again, I don’t want to think about it too much.

Since becoming a parent, I’ve surprised myself with my ability to let go of long-held ideals in the name of emotional survival. Perhaps when I’m not so exhausted, I’ll indulge in some self-examination and find that Mina was right all along: Mrs. Sommers and I are spoiled whiners who lack self-control.

But for now, I know this: I can make it five days without yelling and have stuck with it, more or less, since my little spree. I’ve formed better habits. My kids feel safer.

I have more compassion on the mothers who “waste” their time and money on pedicures, massages, and trashy novels. And perhaps it’s all in my head, but I sure sleep better at night these days, those silky new pajamas on my skin.

This post originally appeared at Good Letters on March 11, 2015. 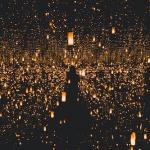 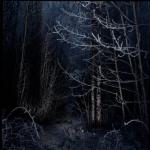 January 5, 2018 Poetry Friday: "Birth/Rebirth"
Recent Comments
0 | Leave a Comment
""It doesn’t matter when you start the Sinatra Christmas playlist or put up your tree. ..."
C_Alan_Nault How to Win the War on ..."
"Yup."
Max Marvel Finding My Inner Calamity Jane
"I an confused by the use of "aural" here: "In The Gutenberg Galaxy, he explained ..."
William G II The Gutenberg Imagination
"My friend is looking for a Pepper Smith he served in the army with, was ..."
Christine Budnack The Love Song of Pepper Smith
Browse Our Archives
get the latest from
Catholic
Sign up for our newsletter
POPULAR AT PATHEOS Catholic
1