I Promise My Kid’s Not Racist 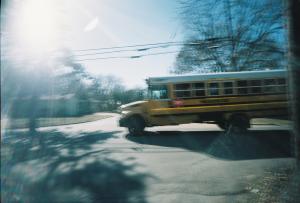 The waiting room was filled with the kinds of people one sees in my town: an African-American mother on her iPad, an Asian-American father scrolling on his phone, a white mother finishing some work on her laptop, a grandfatherly man wearing a yarmulke reading a book.

I was sitting with my kindergarten son while the older one was in session. I asked him how school went.

“Oh?” I said, suddenly very conscious of our auditors. “Does she know that?”

“Okay, then, What happened with Aleisha?”

“I want to marry someone who is funny and smart,” he explained. Precocious, but sweet; so far I looked like a good parent.

In the movie version of my life, we cut to shots of everyone else in the room sneaking judgmental looks at me while I hold out my hands apologetically as if to say, I don’t know what he’s saying. I promise: my kid’s not racist!

Of course, by that I mean he has no prejudices against people of other skin colors—at least, to my knowledge. Does he unconsciously or unwittingly participate in racist systems or practices? Perhaps, to the extent that I, too, probably do.

The fact is my children are growing up in a much more diverse world than I ever knew and are, I hope, less likely to pick up prejudices than I was. Milo, my third-grader, once asked about racist political rhetoric he’d heard. I explained some white people seem to wish they didn’t have to share this country with anyone else. I asked what his school would be like if there were no people of color.

He said, “There’d be nobody in my classes. And I wouldn’t have any teachers.”

If you had asked me the same question when I was a child, I might have said, “What people of color?”

The history of race in this country means that, when I learn my white son has a crush on a black girl, I have to think of it like that—that is, in racial terms. I can’t just think, “Oh, he’s got a crush on Aleisha,” and picture the cute little black girl he pointed out on the playground.

It’s worse than that. It’s like a psychosis: He’s got a crush on a black girl. Wow. I didn’t even know any black girls to have crushes on when I was a kid. That’s kind of cool. But maybe it shouldn’t be cool? Maybe I shouldn’t care? But I like knowing he doesn’t see color as a barrier. It would very quickly diversity our family if he married a black woman. Should I want that? Should I not want that? What about her family? Would they be comfortable knowing a little white boy likes their daughter?

Theo’s first crush was a six-year-old black girl named Aija. She’s the kind of pretty that you can already see will grow up to be gorgeous. I happened to also like her parents, but I went through a similarly neurotic thought process: That’s sweet—and she’s pretty; nice choice, little guy! Her parents are cool; they’d be fun to hang with. Will other people think that makes us cool? Maybe they won’t want to hang with us, anyway. Should I be thinking about any of this?

It wasn’t meant to be, though. Theo and Aija had some falling out over whether he had super powers (he contends he does; she disagrees. There’s no middle ground here.). Then there was Aleisha. Huh, another black girl. But two is not a pattern, and anyway, a five-year-old can’t develop a racial fetish, can he? I probably shouldn’t be thinking this.

Now, apparently, there was Sarah, who is funny and smart and “the same color” as Theo.

Except that Sarah is Asian-American. In terms of pigmentation, she is light, like Zhang Ziyi, but not Anglo-European white. Now what?

“Apricot,” he replied. Apricot, as in the color of crayon you would use to draw her. I probably sighed with relief. But how important was precision, now?

I probably would have continued the conversation were we in the car or at home, but I felt obligated to continue it before our audience. Because racism. I promise: my kid’s not racist.

I wanted to engage with my child at the place he was at rather than at the point of my own anxieties. And, yes, I wanted to show everyone, my son included, that I didn’t believe there was any problem here.

It felt like there may be a problem, but I didn’t believe there was a problem.

“And Sarah’s apricot. What color is your teacher?” She’s from Mexico—think Jennifer Lopez.

“Well,” I said, choosing my words carefully, “I think your skin is paler than both of theirs. We might say Ms. Garza is tan or even dark gold. And wouldn’t you call Sarah’s skin maybe light tan or, I don’t know, almond?”

“I see,” I said, and suggested we look at his crayons later to find the names they use. I also added, “By the way, Mommy and I don’t care if the girl you want to marry has the same skin color.”

Coming from my homogenous hometown, I’m still only beginning my journey of connecting my beliefs about race to living a multicultural life. My main hope is that I don’t let my own limitations poison the normal multiculturalism my children live every day.

So far so good, it seems. A week later Ms. Garza called me over at pick-up.

“So, Theo kissed Aleisha today,” she said. “It’s no big deal. I thought it was kinda sweet, actually, but she was a little surprised.”

“We were dancing like we were married, and I just felt like I loved her so much.” 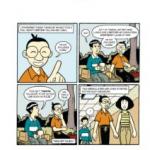 February 27, 2018
A Conversation with Gene Luen Yang: Part 2
Next Post 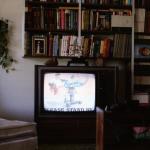