Evangelicals: which is the lesser evil – Trump or Israel?

Evangelicals: which is the lesser evil – Trump or Israel? December 15, 2021 Kathryn Shihadah

First-World Problem of the Day for evangelicals: to choose between a foul-mouth egomaniac and an oppressive apartheid state. Such a tough decision.

That’s right: the beloved ex-president is on the outs with the beloved homeland, begging the question: whom do we love more – God’s man, or God’s land?

Mike Evans, evangelical leader and one of Israel’s strongest supporters, laid it on the line in a letter to Trump:

Please, I beg of you, don’t put us in the position to choose between you and Bible land. There is no possibility you can win again if Bible-believing evangelicals see you as the ‘F–k Netanyahu’ president who . . . blames the State of Israel, and not the Palestinians, for not making peace.

Nothing in Evans’ statement indicates that he cares about truth. It’s not about whether Israel is interested in making peace with Palestinians (or vice-versa). It’s about Trump winning (or not winning) the next presidential election – based on who he blames for the lack of peace in the Holy Land.

To put it another way, Mike Evans doesn’t care who is actually at fault for the lack of peace – he cares about who is being publicly blamed. If Trump keeps blaming Israel, evangelicals won’t crown him president in 2024.

For those unfamiliar with evangelical theology on Israel, here’s a crash course.

You can’t criticize Israel because “I will bless those who bless you [Abraham], and whoever curses you I will curse” (Genesis 12:3).

You can’t blame Israel for anything. Israel is the “apple of God’s eye” (Zechariah 2:8).

The creation of Israel in 1948 was a fulfillment of biblical prophecy, and will precipitate Christ’s second coming.

Eventually, all Jews will return to the Holy Land. Some Jews will convert to Christianity, and the rest will be killed (a belief considered by the rest of us to be antisemitic).

Evangelicals/Christian Zionists essentially confer on the modern state of Israel magical powers: if we say “nice” things about the modern, secular state of Israel, God will show us favor; if we acknowledge Israel’s flagrant negative attributes or behaviors, God will cause evil to befall us – not just individually, but as a nation.

This, boys and girls, is not religion or faith – this is pure superstition. It has no place in modern Christianity.

This superstition has real-life consequences, and evangelicals need to face this truth. Your inability to admit the horrific human rights abuses that Israel is perpetrating every day is killing Palestinians every day.

Killing. Them. Every. Day.

In the sixty seconds that it probably took you to get this far into this article, the US government gave Israel military aid in the amount of about $7,000.

Do the math. In the last twenty-four hours, our government gave modern, secular Israel well over $10,000,000 (ten million dollars) in military aid. Those are our tax dollars. We do this every day, rain or shine, weekends and holidays included.

Israel uses this money to bankroll the longest military occupation in modern history.

At least 2,341 of the Palestinians killed have been children; of the Israelis, 136 were children.

Evangelicals (and I include my former self in this description) are often quick to accuse their detractors of blasphemy. “Please, read the Bible and pray about it. God is very clear on the matter,” they say.

Not this time, evangelicals. Now it’s your turn to read and pray. God did not tell us to say only nice things about modern Israel. God did not promise to strike down those who justly criticize Israel. That’s human-created doctrine.

God did tell us to help the hungry, the poor, the stranger, the imprisoned, and to prioritize justice.

“Whoever says to the guilty, ‘You are innocent,’ will be cursed by peoples and denounced by nations” (Proverbs 24:24).

“Love does not delight in evil but rejoices with the truth” (1 Corinthians 13:6).

“Speak up for those who cannot speak for themselves, for the rights of all who are destitute. Speak up and judge fairly; defend the rights of the poor and needy” (Proverbs 31:8-9).

“This is what the LORD Almighty said: ‘Administer true justice; show mercy and compassion to one another” (Zechariah 7:9).

“Defend the weak and the fatherless; uphold the cause of the poor and oppressed” (Psalm 82:3).

“The righteous care about justice for the poor, but the wicked have no such concern” (Proverbs 29:7).

Evangelicals: open your eyes. Stop ignoring the truth about what is going on in the Holy Land. Confront the facts, and then confront your beliefs that don’t match up with God’s clear teachings.

(If you have questions – like, “aren’t Palestinians terrorists?” or “what about all the rockets?” – definitely confront them. Read up on them. I write on the Israel-Palestine issue every day, and my work is always meticulously documented, so you can check on my accuracy. Go here for my articles on Patheos, here and here for others. And here for a video!)

Evangelicals, your choice is not between Trump and Israel. It’s between supporting an oppressor or an oppressed people.

POSTS ON PALESTINE AND ISRAEL

FEATURED IMAGE: “IMG_3881” by Travel2Palestine is licensed under CC BY 2.0 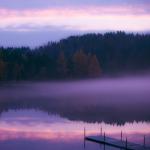 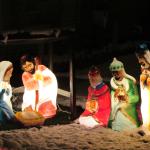 December 20, 2021 Reflections on "O Little Town of Bethlehem"
Recent Comments
0 | Leave a Comment
"Comments are open at last"
Kathy GraceColoredGlasses Ramadan for Christians: fasting in wartime
"Comments are open"
Kathy GraceColoredGlasses Can Christians lead the way in ..."
Browse Our Archives
get the latest updates from
Grace-Colored Glasses
and the Patheos
Progressive Christian
Channel
POPULAR AT PATHEOS Progressive Christian
1 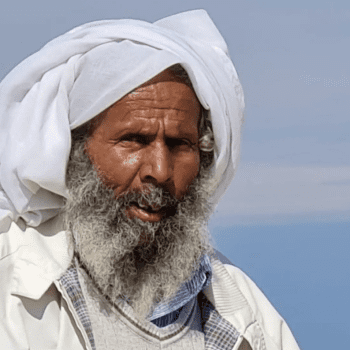 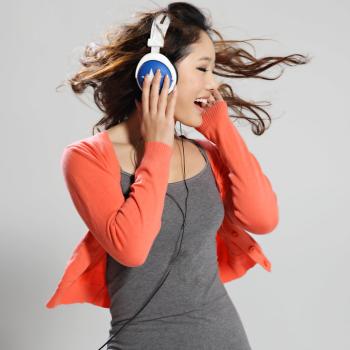 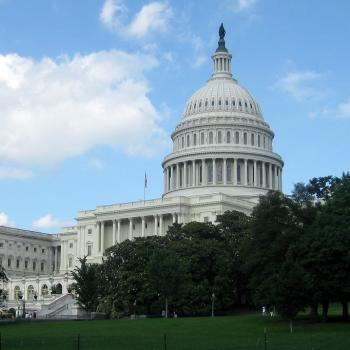 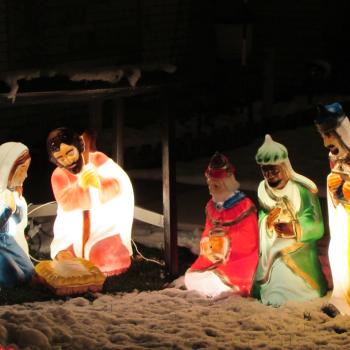