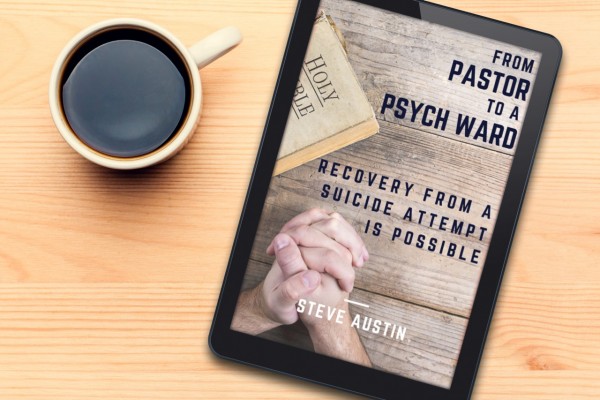 Pastor Steve Austin opens up about his attempted suicide and his road to recovery in his new novel.

BIRMINGHAM, ALABAMA- Pastor and author Steve Austin’s book From Pastor to a Psych Ward is now available on Amazon in paperback and Kindle e-book format. The book, published on August 31, talks about Steve’s recovery from a suicide attempt and how God had a different plan for his life.

In his book, Steve Austin talks about his personal story and struggle with mental illness and how his attempted suicide changed his life. In the raw and detailed novel, Steve leaves nothing out of his story. From discussing the letters, he wrote to loved ones prior to the attempt, to living with the daily drain of mental illness, Steve tells his story with gut-wrenching honesty.

While the topic is somewhat dark, Steve wants his message to be of hope and grace. Discussing the recovery process though the psych ward as well as talking about his walk with God, Steve wants to help others with his story. He wants and hopes that by telling his story he can help others who have faced similar circumstances and emotions that he has faced.

Many authors of these types of memoirs usually have extensive educational backgrounds that give them the ability to discuss tough topics like these from an overly-sophisticated standpoint. Steve Austin prides himself on being on the other side of the spectrum.

“I’m not a Ph.D. or some counselor that’s going to bore you with statistics. I’m a real guy who has walked through a living hell and has come out on the other side with a vulnerable and courageous story of hope for others. I’m different because I refuse to skirt around the details of my story.” –Steve Austin, Author

Steve knows that recovery from a suicide attempt is possible because he has been at the end of his own personal rope and lived to talk about it. By displaying a great deal of vulnerability and courage, Steve hopes that his story will motivate others to not only seek the help they need but also spark a discussion of mental illness in today’s society.

Steve Austin first book, The Writer’s Toolkit: How to Own and Craft Your Story is also available on Amazon. His third book, Self-Care for the Wounded Soul: 21 Days of Messy Grace will be published November 2016.