When Pope Benedict was elected pope in 2005, I was not yet Catholic; but I was already interested in the Catholic Church. I was reading Catholic blogs, and buying Catholic books. I’d heard of Cardinal Ratzinger, God’s Rottweiller, and had known people who could not say his name without emphasizing the word “Rat”. I wanted to know more about the Church; and since the Church had elected God’s Rottweiler, I wanted to know more about him, too. As they say, look before you leap over the Tiber. (Although, please note, it was by no means certain at that time that I’d ever do so.)

So, being me, I bought some books. I got his first two interviews with Peter Seewald, Salt of the Earth and God and the World, both of which I need to re-read. And the man I saw there was about as far from being a Rottweiler as one could imagine. In these books I discovered a teacher, a man who wished always to speak the truth, but who could speak the truth in love and gentleness. I discovered a pastor, one with great compassion for human frailty, but who refused to water down the gospel just to make people feel better about their sins. Sin is a moral illness; what we need is a cure, not an anesthetic. In these books, in which the future pope spoke of the problems of the day, he addressed all of the problems I was familiar with from my time in the Episcopal Church, the forces that were driving that communion to schism and irrelevancy. Not only did we need a cure; the Cardinal was familiar with the cure we needed.

I went on to read books he’d written himself (I’ve got a whole shelf of them now, many of which I’ve read and many I’ve not gotten around to yet). I discovered a clear thinker, and a clear speaker, a man I could learn from. And in a short time, I came to love this man, Joseph Ratzinger, Pope Benedict XVI. I still do.

Am I sorry to see him retire? Yes, and then again, no. He is my pope, the first pope I came to know and trust, and his successor, whoever he will be, will be another man altogether. I love him, and I trust him, and letting go will be tough. He is a tough act to follow.

And yet…when it is time, it is time. I’ve no doubt he made his decision after much prayer, and that it is indeed time. And now, as the papabile-mobile gears up, and saints, sinners, and out-and-out nutcases across the globe are speculating as to who the next pope might be and what kind of pope we should have, I am serene. God’s in charge. He’ll give us the pope we need. I’m content to wait and find out. I’m just glad he gave us Benedict, just at the time I needed him most. 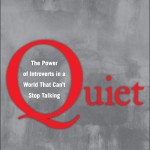 February 12, 2013 Quiet: The Power of Introverts in a World That Can't Stop Talking
Recent Comments
0 | Leave a Comment
"Does the author ever state any actual evidence that they used to determine the validity ..."
Donalbain Night’s Bright Darkness – Review
"Your readers may also like my family history book called TURNER TREES by award winning ..."
KEITH POTT TURNER Book Review: Discovery
"I read Mockingbird maybe 30 years ago after seeing the screen adaptation of The Man ..."
Cheeky Bugger A Magnificent Book: Mockingbird by Walter ..."
"If you're at all interested in knowing . . . the Catholic Dogmas . . ..."
Vicki DePalma Book Review: Boxers by Gene Luen ..."
Browse Our Archives
Related posts from Happy Catholic Bookshelf 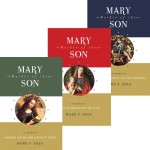 My Goal Every Friday After Thanksgiving
Is always the same. Stay home. Do not under any circumstances cook...
view all Catholic blogs
What Are Your Thoughts?leave a comment
Copyright 2008-2021, Patheos. All rights reserved.
Close Ad