Journeying with the Hierophant

I have been working on a personal project of poetry based around the major arcana of the Tarot for about a year now. My process for this project is to take the card I am currently working with and put myself into the shoes of the Hero’s journey – starting and ending with the Fool. I sit with the card for a while, journeying along with that spirit, stepping into the footsteps that it has left many times before and I walk alongside it until the path diverges to the next length of the journey. Recently, I came upon the Hierophant and it shocked me how much my opinion of this spirit has changed in just a few short years.

A Tiny Bit of Background Story

When I joined a local tradition and community about 4-5 years ago, I was desperately looking for the energy of the Hierophant. I believed at that time that I had taught myself all that I could learn without outside influence and I was feeling a bit lost, but the idea of rejoining the witchcraft community also terrified me. I had grown up surrounded by magical practitioners, toxic community, and consumerism. This was my introduction to witchcraft and that is what I believed that the witchcraft community as a whole was.

Don’t get me wrong either, I am forever grateful for being raised in ritual space. It was entirely because of this that I was able to work up the skills of perceiving energetic shifts, spirits and ritual craft as second nature while I was also learning how to read and write. This especially came in handy when I suddenly found myself parted from the community – essentially overnight. My foundation was ripped from beneath me and I was placed into the mundane world.

For a few years, I was left with just my own awareness of energy and spirits to work with. I remember working with my friends to develop shared dreaming spaces, reaching out to others in bursts of energy during emotionally volatile times, taking on the pain of those I loved to relieve them of it. I had enough experience to know what magic felt like, but not enough education to know how to work with it effectively. As I got older I found myself scouring the books on witchcraft on my father’s bookshelf and then moving onto my own from there.

By the time I was in my late teens, I found myself searching for that sense of community again. I felt alone in the world and I had reached the extent to which I could teach myself. I found out about the community local to me when I was in my early twenties, I had recently moved back home and I was working on my undergraduate degree. A close friend of mine and I looked into it and instantly I found myself sitting in a space of fight or flight. My friend started going to rituals, events, and classes within the community and I held back – worried about joining others and falling into the drama that my past assured me would go along with it. It took almost another half a year before I finally gave in, and I have been a part of that community since.

A Community Can Be a Tricky Thing

There are a lot of factors that go into it and how it may or may not be a healthy and effective environment that fosters growth. I will admit, I have a fairly jaded view of the witchcraft community myself. Growing up in the middle of the Salem witchcraft community I was regularly caught in the middle of drama and cattiness, consumerism and downright toxic behavior. On the flip side to that though, I saw people coming together to fight for similar causes and the kind of growth that only comes from people being allowed to immerse themselves into a joined space with like-minded peers.

The Hierophant is the mentor, the healthy community and tradition in which we can go to in order to thrive, fail and grow within a safe environment. They give us the structure needed in order to hone the skills that we bring to the mix while teaching us to build the foundation necessary to continue that work. The thing about the Hierophant is that it can be too safe. There is little room for exploration as the structures it exists within are limited to the paths that those who came before have already walked. That isn’t to say that this work isn’t important if anything it is essential. Knowing the steps and building blocks of those who have done the work before you will only make you stronger in the long end, but there is a point in which some will begin to feel restless and called to the realms of possibility outside of these predetermined paths.

The challenge here is to find the balance that works for you. Look for a community that supports your growth within it, but that also challenges you to walk your own path. In the right community, it is possible to exist within it while also observing a personal practice and ideally, it will be challenged from time to time in a way that allows you to see new perspectives and grow in ways you would never have access to if you were fully on your own. Don’t settle for a toxic community simply because it is convenient. If you have no purpose within it, it isn’t fueling your growth and the growth of others, or it’s overall disingenuine, then what is the point of it? Find a tradition or community that holds the same (or at least) similar values that you do, if they are slightly different then allow yourself to be open to that – there might be something to learn there.

When I first found myself looking for a community again as an adult, what I needed was the Hierophant. Funnily enough, this was also that card that I remember being most drawn to at this time. I idolized it, placed it on my working altar dedicated to learning and charged a key aligned to unlocking these mysteries available to me. I was shocked to find when I revisited it again recently, that I no longer walked behind it – like a child stepping in the footsteps of the adult before them. Instead, I walked my own path beside the Hierophant that allowed me to work my own way around obstacles and see what was coming before me – but also allowed me the companionship of that structure beside me. There are times in which it feels necessary to go off on a different journey entirely, and that’s okay. Time to ourselves is needed in order to reflect. If we constantly live within our traditions and communities then we aren’t giving ourselves the time necessary to think outside of them. This is not a reflection of the community or traditions that we are in, but our own responsibility. Know yourself enough to know your tides, pay attention to your needs and make the best decisions for yourself. 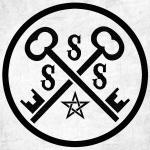 July 23, 2019
A Look at the Salem Summer Symposium
Next Post 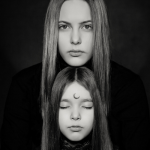 July 26, 2019
Recent Comments
0 | Leave a Comment
Browse Our Archives
Related posts from Hawthorne and the Rose

Pagan
Cathedral of the Woods: the Ancient Magic of...
Hawthorne & the Rose