Cathedral of the Woods: the Ancient Magic of the Redwoods

The redwoods sang to me the first time I saw them. I couldn’t have been more than eight or nine, looking over a book of photographs when I first saw the redwood forests. I didn’t have words for it then, but I felt my heart reach out toward them. Like something familiar that I hadn’t realized I missed until I saw them again. At that moment I knew that I would see them again someday.

In 2018 we were finally reunited. Almost two decades later and I was finally able to see them in-person. I had just left my first PantheaCon and my high priestess, her daughter and I quickly packed our things into our rental car and drove out to Muir Woods about an hour away from San Francisco. I immediately felt more at home than I have in a long time. Under the shaded brush, speckled light making its way through the dense branches. Moss, clover and all kinds of mushrooms grew underneath and little natural trails urged me to just step off the path to follow them.

Several times we passed hollowed out caverns in the bases of their giant trunks, like doorways to the underworld. It made me think of my own visualization of the world tree. Typically on my ventures to the underworld, the roots of the world tree separate into these similar caverns. Above, their limbs reached higher than I had previously considered possible. The smell of undergrowth, rot, fresh clover and evergreen mixed together and clouded my senses.

A Chattering Guide in the Wood

At one point we stopped to sit on a bench of fallen wood at a bend on the path. As I quietly sat, I closed my eyes and reached out to the genius loci. The presence of spirits thick all around me, I could feel them beckoning me off the path. Suddenly a shadow passed over my head and I looked up in time to see a massive raven fly over me and settle on the branch a few feet away. He turned and looked at us, head cocked in curiosity. He began to chatter in that clicking way that corvids sometimes do, and as we began on the path again he took up and flew a few feet down the path.

This continued for quite a while. We would walk closer to the raven and he would glide to the next branch a few feet down the path. As we walked he would continue to chatter down at us. At one point we came upon a crossroad, one path leading back to the entrance and the other leading uphill. It was getting dark and we knew that we would need to head back soon, but the raven glided to the uphill path. Landing directly in the middle of it. A second raven had joined in at this point and also flew ahead of the uphill path.

We followed for a bit, continuing this pattern down the path until we realized how dark it was getting. We had come directly from ritual and we were not dressed to hike our way up a muddy path. I knew that some mystery lay at the end, some lesson to be learned, but we turned back. Their calls followed us all the way back to the entrance. My high priestess later let me know that in all the years they had been going, they had never seen a raven or crow.

The Cathedral of the Woods

Each grove of these magnificent ancient giants is like a cathedral from the great above on Earth. They innately feel divine in a way that only truly liminal places do. In Muir Woods, there is a copse specifically labeled as a cathedral. They circle around an opening, laid out with wooden walkways, and the light shines through the center. Small woodland animals scurry along the path and visitors warms themselves in the light. I have found many smaller versions of these cathedrals since then and they all have this particularly amplified feeling to them.

This year I took guidance from a friend who lives local to these woods. A couple of friends and I ventured into this lesser known grove of redwoods. The extended weekend that we had spent in California had been a particularly rainy one and the paths had turned to mud. There was cool dampness to the air, moss was growing wildly, and there were large banana slugs sharing our path. The redwoods here were smaller, but it was much more intimate. There was no visitor center, no wooden walkways, just us and the dirt paths weaving through the trees.

Silent as the Trees

We moved from tree to tree, connecting with them, identifying local plants and questioning others. Where there were burned and shattered stumps we stopped and held their spirits. Placing our hands on their damp bark. The path we followed led uphill after a while and I made my way up to the top on my own. Once there the brush opened up, overlooking a large stream winding through the wood. In that space I could feel the entirety of the wood, the wind rising up to meet me, the sounds of birds, the wind and the snap of branches breaking under woodland feet.

I stood there in it, silently opening myself up to the communication of those spirits. I felt their age, though young in their years they were still so ancient to me. The feeling of the scars that flames had left on their trunks. The serenity of living in perfect balance between the upper world and the underworld. The feeling of knowing that your community holds your roots and aids in that balance.

I fell in love with the redwoods as a child, pouring my heart into a photograph. I met them where they were as I am now. There are so many mysteries to them, and I can only hope to know them more as we continue to grow.

If you would like to support the redwoods and help ensure their longevity,

consider donating to Save the Redwoods here. 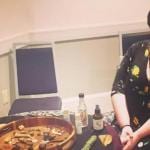 February 25, 2019
Baring My Bones to the Greater Community
Next Post 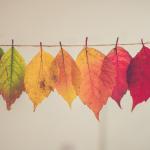 April 10, 2019 Reinventing the Wheel: a Modern Folk Witch's Take on the Wheel of the Year
Recent Comments
0 | Leave a Comment
Browse Our Archives
Related posts from Hawthorne and the Rose