I am sure I have never said it before, certainly not twice, and definitely not more – but I do not celebrate the Sabbats, which includes the solstice that is almost upon us.  And another thing I may not have mentioned, is that for us here in Australia it is actually the winter solstice in June, not the summer.

Despite the fact that I don’t celebrate the solstice this doesn’t actually mean I don’t find it a significant event, indeed I do.  I always make note of the Sabbats, all 8 of them are on my calendar, placed there at the start of every year.  I always wish everyone a happy whichever festival it is – for both us here in Australia, and also for those up in the northern hemisphere.  The very fact that soon we will have our shortest day and longest night is significant to me, it does matter.  I just don’t have any celebrations or specific rituals for it.

This year, as I am sure you have all seen on Facebook, we have a rarity, a full moon on the solstice! It doesn’t happen all that often.   Of course there are a lot of posts and statuses about this full moon solstice, but they are almost exclusively about the summer solstice in the northern hemisphere, and therefore of only limited value to us down here.

The fact that this full moon will occur less than 12 hours before the exact moment of our winter solstice makes it especially special, in my opinion.  As I said, just because I don’t celebrate the solstice, doesn’t mean it is not significant and I surely note its power.

I often call myself a fence sitter, but another term I use for myself is “Balancer”.  I like the balance between one thing and another, I like the middle where I can be flexible about everything.  I like where one side meets the other, I like when the coin lands on its side and no thing is greater than the other.  So a full moon, brightening the darkest moment of the year and the longest of nights, what better balance is there? Light and dark, sun and moon.  This is a wonderful balancing occasion, two opposites meeting and joining together, increasing the strength of already powerful times.

Everyone is so excited by the idea of a full moon on the summer solstice, and that is pretty amazing, light in the long day and light in the short night – but I have to admit I am far more excited by this balancing winter solstice we will have down here.  But that is a personal preference I must admit – neither is better, I think they both have their own strengths, their own individual meanings that make them somewhat incomparable.  I am just happy that we get to have the balancing solstice down here.

So this year I actually do have plans for the winter solstice, to utilise the power that is there.  I plan to do some ritual and spell work that involve the endings and beginnings of the winter solstice, and things that have something to do with balancing things out – though to be honest, ending things and beginning new things in their place is a balance in and of itself.  I will also do some mundane things of a similar nature.

So this solstice I will do some work on bringing a bit more balance into my life, both externally and internally.  I have had some pretty amazing things happen in the past year or more, but I have also had some devastating things, with a lot of minor bad things that have piled up enough to become devastating as well.  So, my life, at the moment, is somewhat out of balance in the negative respect.  I will do some work to try to bring in the positive and lessen the negative.  This will be internal as well, as I try to work on bringing down my own feelings of negativity and pessimism while strengthening my positivity and optimism.

This will happen on a more mundane level too, as I work to bring a bit more balance to my home.  When you get stressed and depressed and you can often let the mundane things fall by the wayside.  My home feels kind of dark, and I don’t mean in the night time winter time sense, just dark and closed in.  I need to lighten and brighten it up, freshen it.   I will also break down all the shields of the home and create completely fresh ones – rather than just strengthening what already exists.

But before any of that, on the Monday night, when the full moon is set to actually happen, possibly at the exact time of the moon reaching 100% illumination I will be rededicating myself to Hekate.  For this full moon I will be performing the Rite of the Devotee of Her Sacred Fires, to become a member of the Covenant of Hekate.  Of course I have been a Devotee of Hekate for a long time, since I performed my personal dedication to Her way back when I was a teenager.  But joining the Covenant is a rededication and a chance to join in a covenant with hundreds or more other people who are also Her Devotees.  It’s quite exciting, and I am so happy to be able to do it on this full moon winter solstice.

So, I don’t usually celebrate the winter solstice, but this year I have a few things to do on the eve and day of the solstice.  It’s mostly not traditional of course, but it’s perfect in my opinion.  I am looking forward to this solstice.

And I hope that your solstice and full moon is perfectly amazing too, whatever you have planned! 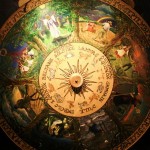 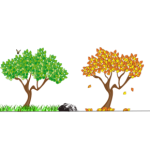