Animal sacrifice is a contentious issue in our modern times, for numerous reasons – some more legitimate than others.  I won’t speak to the Vegan and vegetarian view of sacrifice, because their objections are based on something far more overarching than only sacrifice, and they have their right to their own beliefs in this.

For the rest of us though, the common reaction of horror that the majority feel in regards to sacrifice seems to mostly arise from misconceptions.  We, in the westernised world, are raised with the knowledge that animal sacrifice is barbaric and evil – to the point where we often end up creating visuals in our minds of people engaging in orgiastic rites in the blood of the slaughtered.  This is partially from living in a Christianised world – where anything non-Christian is barbaric and evil and the evils are overly exaggerated.  But it also perhaps stems from our modern knowledge of how we get our meat for food.

Today meat is readily accessible to pretty much anyone, there is an overabundance of it in fact.  We farm animals in some pretty horrific ways.  We can readily see on the internet what animals might endure in life and death to feed us.  And so, since animal sacrifice is evil, then it must be even worse than what our food animals go through.

But this modern view is hardly a reflection of the reality of animal sacrifice in Hellenism today and certainly not in ancient times.  Millennia ago animal meat for food was not exactly readily available, the richest might have some access to meat for food – but for the lower classes, meat for food was a rarity indeed, and the Greeks generally chose to not eat meat outside of sacrifice anyway.  There were no factory farms, as such.  What today we think of as the most humane ways of farming animals – organic and free range – was the natural state of affairs back then.  Our best was their normal.  And if our best was their normal, then what must their best look like in comparison?

The Act of Sacrifice

Animal sacrifice wasn’t really as common as might be thought.  It was reserved for special occasions for the most part, festivals and sacred days.  After all, there wasn’t exactly an abundance of livestock for feeding masses of millions, so it wasn’t really possible for there to be any sort of daily animal sacrifice to every deity.

The sacrifice of an animal was a solemn, serious and somewhat elaborate affair.  According to Thomas R Martin, in An Overview of Classical Greek History from Mycenae to Alexander, the animal had to be an unblemished animal, decorated with garlands and led to the altar of the temple in a way that made it seem the animal was approaching of its own choice – probably enticed with food.  They would sprinkle water (khernips perhaps) on its head, leading it to shake its head and so making it seem to assent to what was about to happen.  No harm would come to the animal before its death, other than the snipping of some of its hair to go into the altar fire. This would be followed by a prayer and then the animals throat would be cut.  As the animal died women would scream, seemingly in sorrow for the animals death, and musicians would play their pipes. Afterwards the animal would butchered in much the same way one would butcher an animal for food – because that is exactly what was happening.  Some portions of the sacrifice would be placed into the altar fire, but the rest would be spread among the participants of the ritual to eat.

The Rules of Sacrifice

Zeus demanded that we humans sacrifice the best parts of our food to Him and the Gods. Prometheus, ever our patron, chose to try trickery on Zeus and get us the best of the demand.  So He asked Zeus and the other Gods to choose what was the best part of the sacrifice (else how can we know what to offer?).  To make the choice easy He took an ox, killed it and divided its parts into two piles.

For when the gods and mortal men had a dispute at Mecone, even then Prometheus was forward to cut up a great ox and set portions before them, trying to befool the mind of Zeus. Before the rest he set flesh and inner parts thick with fat upon the hide, covering them with an ox paunch; but for Zeus he put the white bones dressed up with cunning art and covered with shining fat. Then the father of men and of gods said to him:

`Son of Iapetus, most glorious of all lords, good sir, how unfairly you have divided the portions!’

So said Zeus whose wisdom is everlasting, rebuking him. But wily Prometheus answered him, smiling softly and not forgetting his cunning trick:

`Zeus, most glorious and greatest of the eternal gods, take which ever of these portions your heart within you bids.’ So he said, thinking trickery. But Zeus, whose wisdom is everlasting, saw and failed not to perceive the trick, and in his heart he thought mischief against mortal men which also was to be fulfilled. With both hands he took up the white fat and was angry at heart, and wrath came to his spirit when he saw the white ox-bones craftily tricked out: and because of this the tribes of men upon earth burn white bones to the deathless gods upon fragrant altars. – Hesiod, Theogony.

And so this is why an animal that is sacrificed is only partially given to the Gods, the rest is for human consumption.  Thus a sacrifice serves a dual purpose – it is a religious and spiritual act, an act of Kharis to the Gods, but it is also an act that provides meat as food to those who may not otherwise have such food.  For indeed, for those in the lower classes, such sacrificial times were perhaps the only times they would have meat at all.

However, it should be noted that such a rule did not exist for the Chthonic deities, those of the earth and underworld.  Such deities require what is called a holocaust sacrifice, wherein the entire sacrifice is given and the human receives none. 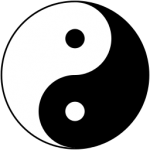 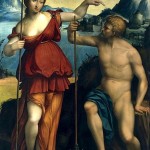 July 13, 2016 Offerings to the Hellenic Gods
Browse Our Archives
get the latest from
Pagan
Sign up for our newsletter
POPULAR AT PATHEOS Pagan
1