In todays Paganism, a patron deity is a God or Goddess who plays a protective and guiding role in a specific humans life.  The relationship between an individual and their patron deity is usually a deep and personal one, being anything along the lines of friendship, to parent-child, student-teacher, deity-priest/ess and many other things.

I find the idea a little upsetting to be honest.  I think it’s great if someone has a personal patron deity, but I do find it sad that people think they are doing something wrong if they don’t have one.  Because that’s just not how it works.  We don’t all need a patron deity.  Having a patron deity is not a given, it’s not for everyone and it’s not for every deity.  And even then, not all patronage is the same.  You may just be looking in the wrong place.

“Kekrops, a son of the soil, with a body compounded of man and serpent, was the first king of Attika . . . In his time, they say, the gods resolved to take possession of cities in which each of them should receive his own peculiar worship. So Poseidon was the first that came to Attika, and with a blow of his trident on the middle of the acropolis, he produced a sea which they now call Erekhtheis. After him came Athena, and, having called on Kekrops to witness her act of taking possession, she planted an olive tree, which is still shown in the Pandrosion. But when the two strove for possession of the country, Zeus parted them and appointed arbiters, not, as some have affirmed, Kekrops and Kranaus, nor yet Erysikhthon, but the twelve gods (dodekatheoi). And in accordance with their verdict the country was adjudged to Athena, because Kekrops bore witness that she had been the first to plant the olive. Athena, therefore, called the city Athens after herself, and Poseidon in hot anger flooded the Thriasian plain and laid Attika under the sea.” – Pseudo-Apollodorus, Bibliotheca 3. 14. 1 (trans. Frazer) (Greek mythographer C2nd A.D.).  Taken from Theoi.com.

In ancient Greece each polis, or city-state, would have their own patron deity.  This patron was seen as a protector and representative of that city and region, and given the reciprocal nature of Hellenism, the city would likely also be a representative of the deity.  A city would show special honour and worship to their patron deity, dedicating more festivals to their patron than to the other Gods.  This didn’t mean they would worship that deity exclusively, just more noticeably.  People could still have a more devoted relationship with other Gods that were not the city’s patron, and indeed the citizens of the city needn’t have their own personal relationship with the city’s patron deity either – but as a whole the patron deity was the most important.

This existed also in Rome, the city itself having three patrons in Juno, Minerva and Jupiter.  Mesopotamia also had patron deities for their cities, and it seems the deity’s prominence within the entire pantheon was in direct relation to the city’s prominence – whether it was the city that grew greater as the deity rose in the hierarchy, or the God who rose in the hierarchy because of the greatness of the city, I am not sure.

In many ancient and modern religions, it wasn’t just cities that had such patrons.  Trees, lakes, rivers, oceans, mountains and more also had and have patron deities.

Beyond the city-state patron deities, we also have those deities who are patrons of specific lines of work or lifestyles, life choices and even stages of life.  These are much easier to see and figure out than the city-state patrons.  Hephaistos for example is a God of smithing, therefore He is the patron of smiths and various other craftsmasters and even artists.  Ares is the God of war, and as such is the patron of all warriors and soldiers, battle commanders and even perhaps non-combatant strategists.  Hermes is the God of messengers, so He is certainly the patron of all posties, couriers, even young kids doing the paper route!

Hestia is the Goddess of the hearth, and She is also a virgin Goddess – so She is patron for homemakers and virgins.  Artemis the virgin huntress, patron for hunters and again virgins.  Hera, the ultimate wife, is the patron of every married woman.

This form of patronage is not necessarily permanent and doesn’t require any sort of deep or personal relationship with the deity – just that particular connection of life choices and stages.  So it is that Hermes would be your patron deity when you travel, but once you’re done travelling He won’t be your patron anymore, at least not in the travel aspect of things anyway – He may still be your patron if you’re stealing things.  In His role of patron He may be your protector and keep you safe, He may increase your good fortune and luck, if you offer the right incentive for Him to do so.  But on the flip side, He may also have the opposite effect – possibly because He has decided to be the patron of the one doing you harm, stealing from you or getting the better of you in a transaction.  He may do both, and help you get the better deal in one situation, but favour someone else in another situation.

Patrons are tricky, the Gods are fickle.

We have the modern version of the patron deity, which is a personal relationship.  However there is another type of personal patron deity, which is the daimon or genius.  We could say that this is similar to a guardian spirit or even a fairy godmother – but they don’t really grant wishes.  Depending on the system you are looking at the personal daimon may be there to protect you, guide you though you don’t know it, inspire you like a personal muse, even help you with some good fortune.

Of course if you don’t help your daimon, whether that be through giving it libations or offerings or hymns or something else, you probably won’t get much help from it.  Though again, that entirely depends on the religion you are looking at.  Hellenism relies on reciprocal relationships between humans and deities, and the same holds true for the agathos daimon – give to it, it gives to you.  But in some traditions I have heard of people having two daimons, one good and one evil, you don’t really have to do much to gain their help, because they are seemingly always fighting each other for the honour.  The good doesn’t always win out.  I can’t really remember where that’s from though.

So, maybe everyone does have a patron deity.  It’s just not always the way one might expect.  You don’t need to have a deeply personal patron relationship with a deity to have a patron in the more traditional sense.  It might pay off to consider your options when it comes to the above types of patronage.  Sure, we don’t have patron deities for our cities right now, but that doesn’t mean you can’t find out who your city’s patron may be.  If you can spend time and energy trying to find your personal patron but can’t figure it out – maybe you will have better luck finding the patron for your city or your local natural sites, such as mountains, lakes, streams and forested areas.  And it is certainly advisable to remember the second type of patron deity, the one who is patron only in certain circumstances.

But perhaps most important, is to remember that you do already have a personal patron deity – the daimon or genius or whatever it may be called in your religion.  Remember you may just have that already, even if you may never have a personal relationship with it.  Remember and try doing things to gain its favour. 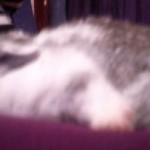 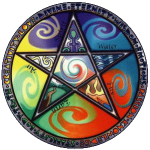 July 6, 2016 180 Degrees of Separation - The Cardinal Elements
Browse Our Archives
get the latest from
Pagan
Sign up for our newsletter
POPULAR AT PATHEOS Pagan
1

Green Witch Plant Profile: Rosemary For...
3 Pagans and a Cat
Related posts from Hearth Witch Down Under