I’ve heard some Pagans claim that one cannot “choose” which god (or gods) to follow – they must be chosen by the god themselves. To actively choose the gods you worship is somehow seen as invalid, and within the territory of “fluffy” Paganism. One must wait to be “called,” by experiencing the deity in a dream or vision or some other supernatural message.

My argument against this is, if we believe our gods to be omnipotent to any extent, what is the difference between “choosing” and “being chosen?” How can we know that our decision to follow a particular god isn’t influenced directly by the god themselves? What’s more, I believe that the essence of the deities is everywhere, including within ourselves. Our thoughts and actions are all part of the deities.

I honestly do not know if I was “called” by Inari Ōkami or not. But I can tell you that the decision to venerate Inari feels absolutely right. I’ve written more about how I came to this decision here. My prior interest in Japan, coupled with the presence of foxes in our neighbourhood, made Inari a logical choice for me. But the emotional aspect to this, the feeling of completeness and assuredness, made it feel very much like being “chosen.”

I would advise new Pagans unsure about whether or not they have been “chosen” by their deity not to worry about it. If your choice of deity feels right to you, it almost certainly is. And no-one can say for sure whether or not the deities themselves had a direct hand in your choice. 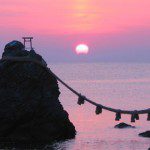 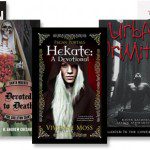 June 26, 2016 Pagan, Shinto & Spiritual Book Reviews June 2016
Recent Comments
0 | Leave a Comment
Browse Our Archives
get the latest from
Pagan Tama
Sign up for our newsletter
POPULAR AT PATHEOS Pagan
1

Creating Spirit Ally Relationships With Your...
3 Pagans and a Cat
Related posts from Pagan Tama