There is this meme I have seen floating about on Facebook this past week or so, it’s not the first of its kind and I am sure it will not be the last.  I made my own version of it, firstly because I am not sure of the copyright of the background image of the ones I have seen elsewhere (mine is public domain), and because I had to add my own little twist to it.

It is sadly indicative of how a lot of Pagans think about Paganism.

But that is not exactly how  a lot of Pagans take this sort of thing.  They like to think it means there is literally no evil in Paganism and no evil Pagans.

Now, for this post I am just going to ignore my own feelings about words like ‘good’ and ‘evil’ and I will pretend that they actually mean something.  So I would prefer no one try to turn this into a debate about good and evil.

Evil People Are Not Pagan

One of the things I have seen a few times now is some person will end up in the media, some murderer or rapist or grave robber and they are identified as Pagan, Witch or Wiccan.  And out come the masses of Pagans presenting such well thought out arguments like, “Then they’re obviously not a Real Pagan!”

This idea that people who are evil or commit evil acts couldn’t possibly be Pagan, it drives me batty.  It is not up to us to decide what another persons religion is.  If someone is a practicing Pagan, let’s say a practicing Hellene – they worship the Theoi, they practice Hellenic ritual forms, they do what Hellenes are supposed to do.  They don’t suddenly become not-Hellene because they commit some act that I and other Hellenes think is evil.

I am sure no ancient Hellene ever raped or murdered or grave robbed or abused kids or anything like that.  Innocents all.  History tells us so.  And on those rare occasions that the ancients did commit such acts, the rest of Hellas rose up and declared them not part of the religion! History tells us so.  /sarcasm.

These actions may not be true acts of the religions, but that doesn’t mean the people committing the acts are not true people of their religion.  This desperate need for Pagans to disassociate themselves from the evils of humans who happen to identify with their religion, is sad and naïve.  Sorry.  But it is.

There is no Evil in Paganism

The various polytheistic religions are part of Paganism, or paganism little P, at least.  Many eclectics and similar identify with certain deities from the various ancient and now reconstructed religions.  And many of the deities of these religions require, and thus some of the adherents of these religions and worshippers of these deities practice the act of ritual animal sacrifice.  A legitimate practice for some Pagans and polytheists.

And yet, this is a thing that is considered evil by a lot of people within Paganism, and outside of it.  We can quibble about what is and isn’t evil, but the fact is, some people do see animal sacrifice as evil and thus those Pagans who participate in such must also be evil.  The fact that it is somewhat of a requirement for certain Pagan traditions must then make those traditions at least partially evil.

No I don’t think sacrifice is evil, but some do.  I guess those of you who participate in such, well, you’re not Real Pagans are you?

No one will believe us when we say there is no evil in Paganism and no evil Pagans.  We only look naïve, delusional or wilfully ignorant.  None of these help to convince people that Paganism is not inherently evil.  What can help is to be honest and real about this.  By admitting to the reality of what can happen in our religions, who might be practicing our religions, and then actively stating our distaste for those actions – that’s how we make a difference.

You can’t really fight the evil in your religion if you don’t even admit that it is there. 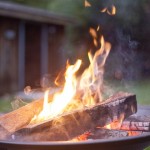 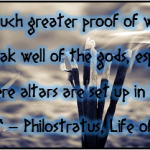 July 20, 2016 Agnostos Theos - The Unknown Gods
Browse Our Archives
get the latest from
Pagan
Sign up for our newsletter
POPULAR AT PATHEOS Pagan
1

Green Witch Plant Profile: Rosemary For...
3 Pagans and a Cat
Related posts from Hearth Witch Down Under

Voter Suppression Bills: Intent Matters, Impact Matters More
I was legally entitled to vote absentee when I was away from...
view all Pagan blogs
Copyright 2008-2021, Patheos. All rights reserved.