The magpie is perhaps my favourite bird, alongside the usual ravens and crows.  Australian Magpies are different to those magpies of most other countries.  The non-Aussie magpie is part of the corvidae family and are related to crows.  The Aussie magpie however is not a corvid, it is of the artamidae family and is a Cracticus tibicen, and thus is a type of butcherbird.

Magpies are medium sized birds, a touch smaller than the average crow and generally sleeker – not so chunky as it were.  They are black and white and have long legs and enjoy walking and even running around.  They often live in a group or tribe of ten or so birds, though some are single mating pairs – other unattached birds sometimes group together in the hundreds! They have the most beautiful song call, especially sung in the mornings and evenings and often sung in groups making it one of our more distinctive animal calls.  They are also good at mimicry and apparently can mimic over 35 species of birds, as well as other animals like horses and cats! [1]

Other than their distinctive song, magpies are perhaps best known for one thing – swooping.  In spring, when the females are nesting, the males will become territorial and protective and some will begin to swoop people and vehicles.  Swooping is a simple thing, the magpie dive bombs out of the air and attempts to tear your head open with its beak.  When they succeed, blood flows, as does pain and loud screaming.  They are not in any way gentle in their attacks.

There is a distinctive sound their wings make when they swoop, but they do it at other times too, like when playing with each other.  I think it is ingrained in Aussies that when we hear that sound, our hands cover our heads, we duck down and die a little bit inside.  Some of us may just collapse to the ground and give up on life right there.  Terror of the skies, this is serious business.

The fear of them is never far from our minds, especially in spring.  Even now, walking through areas I know have non-swooping magpies during spring, I am wary and await my doom.  And yet I have not been swooped in, I don’t even know, 7 or more years maybe.  People love to talk about how scary Australia is with its abundance of spiders and snakes and dropbears.  But no one ever talks about the magpies.  But they should.  When an animal is so frightening that the fear has become part of our genetic makeup, you know it’s serious.

So why would the magpie be my favourite bird?  Firstly, not all magpies attack, not even males with nesting mates.  For the most part, I have noted that the most aggressive of magpies are those that have suffered trauma from people throwing rocks and sticks at them and their nests.  They are vindictive, and some are overly protective, but mostly they aren’t so bad even during swooping season. And outside of the swooping, they are the most friendly, amusing, curious, playful and cheeky birds.  They are truly amazing.

I have had magpies protect me and my then baby son from a pack of ravening seagulls.  I have had a young magpie run at me screaming because it wanted my chips (fries), it wasn’t attacking, it was telling me it was hungry (but it probably wasn’t that hungry, babies always exaggerate their hunger).  I have had a magpie play peekaboo with me by hiding behind the bole of a tree and popping out at me, repeatedly – every time I walked by its tree.

In some Aboriginal Dreaming stories, such as in the Noongar tribe, magpies are said to be the ones responsible for the very first sunrise.  At a time the sky and the ground were basically touching, people and animals had to crawl and the birds couldn’t fly. The magpies gathered sticks and using these they pushed the sky high up and away from the ground.  Soon the sky reached the point where it should be, it cracked open and the sun suddenly popped out, bringing with it the first dawn.  All thanks to the ever clever and industrious magpies. [2]

In other Aboriginal lores the magpie is considered a gossip, chattering and singing all the latest gossip in the morning and never stopping until they find new things to gossip about [3].  They are also the indicator for dawn, their songs welcoming the sun each morning – though personally I note they also farewell the sun in the evenings.

You might note that I speak of balance a lot on this blog, it’s an obsession of mine and I am attracted to things that represent balance to me.  Magpies happen to be one of those things that I see as balance – in certain areas they represent two sides, sometimes even the extreme sides.  Black and White, Aggressiveness and Friendliness, Dawn and Dusk, Danger and Safety (they might attack you or protect you).

There is a lot more I could say about magpies, but I think I’ll wind it down now.  Here are some of the things that I personally feel magpies are representative of (things that may be relevant in Paganism), based on my own observations and on the lore.

According to those who work in animal totems and the like, the magpie is representative of success in various areas – business, home, protection, family, environment and more.  It is a guide in understanding law, in the land, in your own religion and in your own culture.  The magpie can help in making friends, but may be a warning about indulging in gossip.  They can also represent your fears, especially fear of being attacked. [4]

It’s important to point out that when researching the magpie, you can’t really trust all of the information you may find when it comes to Pagan things, magic and totems and the like.  The majority of the information you will find on magpies will be in regards to the European Magpie and not the Aussie one.  Though they bear some similarities, they are different species and thus what is true for one may not necessarily be true for the other.  As an example, the Euro magpie is said to represent prophecy and omens, but I personally cannot feel that would be correct for our magpie.

I have thought about trying to figure out deity correspondences for various Aussie things – animals and plants – but that is easier said than done.  Still, my immediate thoughts are that Hermes would like the Aussie magpie, so if you’re in the mood for some divination, that may be a place to start – with Hermes or other deities that are often syncretised with Him.  But I could be totally wrong about that, it’s just a thought.

That’s about all I have figured out for now about the Australian magpie, not a lot I know, but it’s a start.  If you have any ideas, observations or think I am wrong about any of this, please let me know. 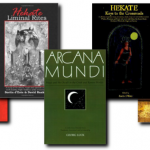 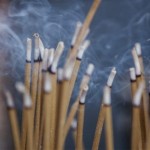 September 5, 2016 What to do After the Ritual
Browse Our Archives
get the latest from
Pagan
Sign up for our newsletter
POPULAR AT PATHEOS Pagan
1

The 25 Most Important Witchcraft Books...
Raise the Horns
Related posts from Hearth Witch Down Under

When Fundamentalists Complain About “Pagans”
Any time I see the word “Pagan” or “witch” in a news...
view all Pagan blogs
Copyright 2008-2021, Patheos. All rights reserved.