What to do After the Ritual

What to do After the Ritual September 5, 2016 Bekah Evie Bel

One of the more common questions I see come up from Pagans, especially those with Hellenic leanings or a devotion to a Hellenic deity, is what to do after the ritual is done.  Most specifically, what to do with the food offerings made during the ritual.

I have written about this briefly before, and if you haven’t read my posts on animal sacrifice, offerings to the Hellenic Gods and how to offer, then you may like to do so, in addition to this post.  This post will be a little repetitive, I will pretty much be copy/pasting a segment of How to Offer – but there will also be some other stuff in this post that isn’t elsewhere, or not elaborated on properly in other posts.

In traditional Hellenism, which most of us Hellenes follow, even Revivalists like myself, there really shouldn’t be an offering left after the ritual.  Offerings to the Ouranic (sky/heavenly) deities are meant to be burned while offerings to the Chthonic (earthly and underworld) deities should be buried or burned or both.

If you bury an offering, no aftercare to worry about.  If you burn it, then you do have to deal with the ashes and whatever didn’t burn – simple to do actually, put it away in a container to leave for Hekate at the crossroads during the Deipnon.

Of course today we have a few problems that the ancients may not have had.  Indoors, if you happen to live in an apartment building, a shared home or some other place with restrictions, then you may not be able to have open fires inside the home, or you may not be allowed to have anything that smokes (which really sucks, no incense either).

And of course many people do not have any yard to speak of, so burning or burying outside is out of the question.  For those who do have a yard, burying may still be problematic if you rent or share, and if it is fire season and open fire restrictions are in play (as happens December through April where I am) no outdoor fires either.

What To Do Then?

Obviously this all means that burning or burying are simply not viable options for many people.  There is nothing that can be done about it. You need to find a way to deal with whole foods that is respectful to the Gods you have offered to.  Remembering that the offering now belongs to the Gods, you can’t take it back and reclaim it for yourself and you need to treat it with respect because it simply isn’t yours any more.

Now we get to the copy/paste part.  There are options, suggestions, but in truth none of them are perfect and in the end it is up to the individual as to what they are able to do and are comfortable with.  I will present some of them, and some of my thoughts on them.

Eat it yourself.  Don’t.  If you are offering to a Hellenic deity, They own the offering you give Them.  Do. Not. Eat. It.

Throw it in the bin.  Please don’t, it’s just so disrespectful.

Leave it on the altar.  Well, I mean if you want.  But yuck!

Leave it until later.  Some people leave it until they can burn it, bury it or get someone else to do so for them.  A viable option, unless it takes too long and it gets all yucky.

Compost it.  If you have compost, then this could be an option.  I guess I see no real problem with this one, but I am sure some would – so it is very much an individual choice here.

Leave it in nature.  This is a favourite option, to leave the offering somewhere in nature.  Some people even have a specific place for this in their yard, a square or something with plants where they leave offerings and make libations.  Alternatively, some wild area would work if you have no yard.  Both nice ideas.  But be careful, not all deities may be okay with sharing Their foods with the animals.  Also on a more practical note, be careful the offering isn’t poisonous to any wildlife and won’t attract the wrong type of wildlife.

Throw it in a blender.  Throw the offering in a blender, mix with some water and turn it into a smoothie type thing.  Pour that in nature (or on a pot plant), where there is little risk to animals, or to offending the Gods by sharing it with animals but it will also feed the plants.  It is also less messy than having, say, whole loaves of bread sitting all around the place.  This was an idea I thought of , in truth I do not know how I feel about this idea, if it’s good or not – but I should present it as an option anyway.

Okay, copy/paste done, the rest is all new.  Those are your options for what to do with the offering after the ritual, not a lot of great options, a few restrictions that I know many people ignore – I think unwittingly, as they know it is okay in other traditions and so don’t realise it isn’t okay in Hellenism.

I should note too, not all Hellenic deities are completely Hellenic, so, it is possible that some of Them, individually mind you, are okay if you eat the offering or throw it in the bin.  But please, Ask First!  Don’t just do it and hope the deity will be okay with it and will accept your apology – ask first so you don’t make mistakes and piss off a powerful being.  Divination is your friend.

The Incense Has Burned Out

I used to wonder this myself, what do you do after a ritual?  I mean, do you just do the ritual and then be all, “Bye! Have a nice day Gods, see you next time”?  I never really felt okay with that sort of ending to a ritual, even if of course it would likely be a bit more formal than that.  It just felt so, wrong, uncomfortable, yucky to be honest.  None of my general Pagan books ever really touched on this sort of thing, nor even my witchy books.  Do the thing and then, what? Nothing?

Be a Good Host.  One of the best ways I have seen it explained, was in a Facebook group by, I think it was the Dionysian Artist but it may have been J Martinios.  When you do a ritual to the Gods, make an offering to a deity you are inviting Them into your home, your personal space, offering Them a meal and praise.  They are a guest in your home, and what do you do when you have a guest in your home?

Do Something Relevant.  Do something mundane that is connected to the deity, like housework for Hestia, metalwork for Hephaistos, study for Athena, play poker for Hermes.  Watch a movie or TV show that you think the deity may like or that reminds of Them, or play some music of the same sort.  Dance, sing, play a game.

Whatever it is you choose to do, remember that someone is there with you.  How long for? It depends on the God of course, but over time you will be able to tell you are alone again, just as you learn to tell when you aren’t alone during the ritual itself. 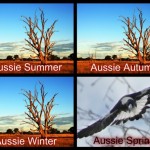 September 2, 2016
Here Comes Spring with Terror on Wings
Next Post 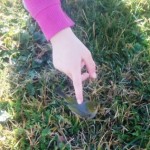 September 7, 2016 Why Pagans Homeschool
Browse Our Archives
get the latest from
Pagan
Sign up for our newsletter
POPULAR AT PATHEOS Pagan
1

Hoodoo How We Do: Psalms Are...
Voodoo Universe
Related posts from Hearth Witch Down Under

There Are No Silly Rituals
There's no such thing as a silly ritual. As long as you...
view all Pagan blogs
Copyright 2008-2020, Patheos. All rights reserved.