Too Poor For Offerings

This is one of those topics that comes up, not a whole lot, but frequently enough for me to make a post about it.  When someone feels like they cannot possibly give offerings to their Gods, spirits, ancestors or other beings because they cannot afford to waste the food and money on it.

I should mention too, when they say “waste” only some people mean it in the actual wasteful sense.  Generally what people mean by this is, “I have only so much money and my priorities lie with feeding my kids/family/pets etc before feeding the Gods who, being powerful as They are, can probably get along fine without my offerings.  But my kids/family/pets etc probably can’t get along so fine.”

It’s a legitimate concern, and believe me, I feel a twinge sometimes when I spend money on food for the Gods that could be spent on my children – whether food, homeschool stuff or otherwise.  And yes there are times when I have no money left, haven’t planned ahead and I look around my kitchen and I have to ask myself if I have enough apples to offer, or cheese or sweet bread or whatever – or is there only enough for the kids?

Financially speaking, I don’t think there is such a thing as “can’t” it’s more a matter of compromise and ingenuity.  This is only financially speaking and doesn’t take into consideration other things that may be problematic (like access to things).  The following suggestions are not viable for everybody, everyones situation is different.

Traditional offerings, such as barley, are also not so expensive – $2 for a 500g of barley grains is what I pay and, depending on how many food offerings I do in a month, it usually lasts a bit longer than the month (it’s also used for cleansing, so does go faster than other food offerings).  Olive oil, while being a little more costly, also lasts for quite a while and is a great offering.  Sultanas and raisins, these are basically just grapes all wrinkled up and grapes are a traditional generic Hellenic offering, so don’t be afraid to use those either.

Make it From Scratch

Cookies are the best for this.  Make one of those bulk cookie recipes, freeze it in rolls and just cook up a few cookies when needed.  If you can use barley flour, honey and or olive oil in the cookie recipes, then even better for the Theoi.

Old not so good bananas are also not good for offerings, but they are good for banana bread.  And banana bread is an offering I have never had a complaint with as an offering (UPG alert).  You can do any type of fruity or flavoured bread or cake, even a butter cake would work.  And they can be done in small amounts in muffin tins.

Normal bread, but you don’t have to go all out.  I haven’t tried it, but I do wonder how a nice basic damper would go as an offering.  Or even scones – is that what people in the US call biscuits?  I think so.

Fruit and veg come from the ground or from trees and bushes.  It’s not always possible to find these things easily, unless you grow a fruit or veg garden (in which case, you have no problem with offerings), but it’s also not impossible.  Keep your eyes open, you may find something if you’re looking for it.

Failing that, one thing you may be able to find in abundance – though less so in a city, sorry – are herbs! Rosemary and lavender may as well be weeds with the amount there is growing in my town.

If you really cannot afford food and you can’t find any free, then libations may be the only way to go for food offerings.  Libations are drinks, poured out to the Gods as an offering.  Simple.  Usually, in Hellenism, it is wine.  But olive oil is used too.  Milk is also fairly common for some of the Gods, especially the minor Gods like the nymphs.

Some people like to pour tea or coffee in libation, or an alcohol that isn’t wine.  If these are all expensive, then consider if you have some herbs you can make a tea from those.  And there isn’t anything at all that says you cannot pour water in libation – indeed sometimes that is the best bet really, especially if you are offering in a public place.

No Food at All

And of course, there are always non-food offerings – which are not actually a replacement for food offerings, but are a different type of offering themselves.  People seem to think these must in some way be expensive – like statues are rather pricey, but those are aren’t your typical offering either.  Offerings of a more permanent nature need not be pricey at all, indeed free is perfect.

For the paid stuff, don’t be afraid of thrift stores (or as we call them Opp shops), jewellery or art that speaks to you is certainly fine.  Give it a cleansing first of course, get rid of any negative energy and miasma that may be attached to it, and you’re all good.

Make some art, get crafty, colour in a pre-drawn picture even.  These are typical devotional offerings and are something that is usually done in thanks of something They have given, or as part of a promise made to Them.  But, this doesn’t mean you can’t give such offerings for no other reason than you want to.

You can also write, art isn’t the only way.  Poetry, stories, devotionals, hymns, or just informational pieces in dedication to a deity.  These are all good offerings.

Like devotional offerings, performing services in the name of the Gods is not a replacement for a food offering, and is usually done as part of a promise or thanks.  This is charity or other volunteer work, cleaning up rubbish at the playground, or something more specific and personal, like giving away hand written copies of a deity’s myths or even just completely reorganising your house (you never know what Hestia or Hekate may ask of you).

You could try singing in public for peoples entertainment, for free though I suppose busking might count.  You could offer to do artwork for people.  Anything you can do for others can also be done as devotional offerings for the Gods – but it is dependent on what the individual deity is okay with.

Not All Rituals Call For It

But this is the important part.  When you look at something like the Hellenic calendar, you might see something called the Men Kata Theion, the Sacred Month which is a list of the days in the lunar month and who those days are sacred to.  We are meant to do a ritual for those deities and beings on those days, every month.

It looks a bit daunting, but other than the Deipnon for Hekate on the dark moon, none of those days actually require any food or permanent offering.  Incense, libation and hymn are really all that is needed for those days – and even there, the libation may not always be necessary either.

And if you have read of people doing their daily rituals or daily offerings, again this is not necessarily food offerings.  Incense, libations and hymns ARE offerings in and of themselves.

Food offerings are generally only for the bigger rituals, for thanks rituals, for big festivals and for unique ones that may be personal to you.  This is truly up to the individual to figure out.  There are months when the only offering of food I make is for the Deipnon – because I do not follow the traditional Attic calendar here in Australia and haven’t created my own calendar in full yet.

Well, hopefully that’s helped a bit.  Just remember – not all rituals call for an offering, and if they do, sometimes giving what you can is all that is needed, and if water for a libation is all you can afford to give, then that is what you can offer.  And there is nothing wrong with that. 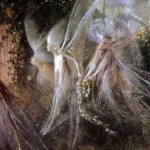 September 19, 2016
The Mystery of the Autumnal Spring
Next Post 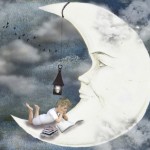 September 23, 2016 Pagan Parenting Without Indoctrination
Browse Our Archives
get the latest from
Pagan
Sign up for our newsletter
POPULAR AT PATHEOS Pagan
1

Energy For Witchcraft When Your Personal...
3 Pagans and a Cat
Related posts from Hearth Witch Down Under