This is a topic that comes up a lot in my various online circles.  The question of how to introduce your children to your religion, how to incorporate it into their lives, and them into it.  How to teach them about it.  But, most importantly, how to do it without indoctrinating them.

There is no single answer to these questions, no one size fits all.  Everyones situation is different, the things that set us apart makes the answer change for each of us.  What would work for a baby/toddler, may not work for an older child and certainly not for a teenager.  What would work for a Wiccan might not work for a Heathen.  So what follows is not a promise of what will work, it’s just some ideas that you might be able to try, depending on your circumstances.

Practice in front of the kids.  Seriously, got a basic ritual or similar thing to do that doesn’t need your in depth concentration?  Then do it in front of the kids.  For example, I empty, clean and refill my Kathiskos each Deipnon and Noumenia in front of my kids.  When they asked about it, I explained it in simple terms.  My son responded with, “I don’t know if that would really work,” but he also now reminds me every dark moon that it’s time to clean out that weird jar thingy (apparently “kathiskos” is a hard word to remember).

They have watched me do a cleansing of the house with my broom and various incenses.  They see me put together offerings for rituals they can’t be part of, because I have to actually concentrate for those.  They have a few times seen my altar all lit up after a ritual, and they were very curious about the lit up crystal I had going all through the Olympics.

If you have very young ones, it’s simple enough to figure out which of your practices you can bring them into and let them participate in.  Reciting hymns and poetry for example can be done with kids – though ones with not too complicated language for the very young, obviously.  Letting them participate in decorating and celebrating the Pagan Sabbats or other kid friendly religious festivals is always a good one (especially with the yummy foods and dancing and singing that might happen at some).

If you are worried this is force or indoctrination – as many are worried about – then don’t be.  There is a difference between open practice and force.  If at some point your child decides they no longer wish to participate in your practices, then you get to choose which way you will go.  Force them to continue on with you, or respect their choice to not practice.  But bringing them into your practice while letting them have the choice to say no, that isn’t force.

For those kids who aren’t super young, if you practice in front of them, it may happen that they will ask to participate in your practice – or you can ask them if they wish to do so.  Either way, if they choose it and it’s something they can be part of, then by all means let them practice, let them help.

The best way to learn about a religion is to be part of the religion.  Not just an outsider only ever looking in.

For those of us who are polytheistic, it’s quite simple to read all of our mythologies to the kids – or leave books on mythology lying around for older kids to look at if they wish.  Reading books and stories that are aligned to our religions, whether our moral codes and philosophies, practices or something else, is also a good idea.

We’ve watched TV shows like Xena and Hercules, and I randomly talk about how inaccurate this bit is about the Gods and how stupid that bit is – don’t get me wrong, I love those shows, but they are meant to be wrong, ridiculous and funny.  It’s actually a fun way to discuss the real beliefs.  Other shows and movies and of course fiction books work in the same way – it doesn’t matter how inaccurate they are, in fact the more inaccurate the more chance to really discuss the true myths and beliefs.

So get out those Percy Jackson books and movies, Clash and Wrath of the Titans, Xena, Hercules, Vikings, Atlantis, Supernatural, Buffy and best of all of them, How to Train Your Dragon and the companion TV series Riders of Berk (they’re best because Toothless is awesome).  Iknow some people have a problem with such inaccurate fiction – but I am serious, one of the best ways to learn the truth about something, is to learn about and refute the lies and misconceptions that exist.  If you start with that goal in mind, you don’t need to worry about them learning bad things – because you’ll be helping them learn the good things at the same time.  But, it really isn’t for everyone and I can understand that.

There are plenty of resources out there for the general Pagan or Wicca-centric parent for teaching about Paganism and Wicca.  Kids magazines, worksheets and activity sheets, unit studies, crafts and the like.  Go to Pinterest for any crafty thing of course – but if you haven’t heard of and utilised Pooka Pages, Little Pagan Acorns or Pagan Moonbeams (which sadly stopped creating years ago, but the old stuff is still there), which are almost exclusively free (except a couple paid things at Acorns) then you’re missing out.

For those who want more specific things (eg. Heathen or Hellenic exclusively), there isn’t a whole lot, outside of crafts, out there at the moment, unfortunately.  But it isn’t too hard to create little worksheets yourself – online crossword and find-a-word creators are simple enough to use.  Colouring pages are plentiful though, google whatever it is you want to find, with the words “colouring page” and chances are good you will find something – if it isn’t too obscure anyway.

I see a few people in my Pagan Homeschooling group talk about how their little witchlings, as they call them, are asking to have their own witchy altar setup.  Honestly, I think this is great and perfect.  It isn’t just for witches either, any religion, theistic or non-theistic, can do this sort of thing for their kids.  If they want an altar or shrine, then why not set one up for them?

The beginner altar or shrine can be set up by the child without much of our input really, they can use their own found items.  Feathers, stones, shells, leaves, flowers and all sorts of little treasures like that are a great way to begin this sort of thing.  Candles and incense are an age appropriate thing of course, but those little electric candles would work for the light loving young one.

Paganism and the related religions are kind of big and they often overlap.  Even when one follows a very specific religion, still they will often interact with and be influenced by the beliefs, opinions, ideas, ideals and practices of people in other Pagan style religions.

Your kids may not end up in your Paganism at all.  If they end up in any Paganism (and the possibility exists they may be Abrahamic, Hindu, Buddhist, Atheist or something else entirely) it might be something completely different to your own Paganism.

How you deal with that is up to you, I am not their parent nor yours.  However, if you are one who is concerned with the idea of indoctrinating or forcing religion on kids – then don’t go getting (visibly) upset if they align with something you do not.  If you do get visibly upset, start trying to convince them to follow your path or tradition instead of the one they want, well, you’re doing that thing you wanted to avoid so bad.  And sorry, that includes trying to turn them away from the dreaded Christianity when they have made up their mind.

Though I would caveat and say, informed decision is key here.  If they simply come home from school or somewhere one day saying they must go to church and worship Jesus because they don’t want to go to hell – then they are not informed, they are scared.

Time to get teaching. 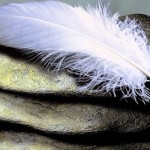 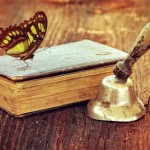 September 26, 2016 Witchcraft 101 - Everything is Open to Interpretation
Browse Our Archives
get the latest from
Pagan
Sign up for our newsletter
POPULAR AT PATHEOS Pagan
1