The Greek Alphabet Oracle is a form of divination using, as suggested by the name, the Greek Alphabet.  There are three methods that I have read about, but for this post I will be looking at one method only – that of the psephoi.

Psephoi is actually the word that refers to, basically, tiles or counters – they were used for divination yes, but they were also used as vote counters and things like that.  In divination however, the psephoi are 24 stones, bits of wood, potsherds or similar and each one is marked with a letter of the Greek alphabet.  You can draw one or more from a cup or container, you can have them in a container and swirl them about until one or more pop out and you can even draw them out and place them in spread similar to the various tarot spreads.  In fact they are somewhat similar to runes or the ogham.

I’ve never used the Greek Alphabet Oracle before, but I want to try it out. So I made some psephoi out of small rounds of wood, and discovered that yes, my handwriting is terrible in multiple languages – but it should be good enough for beginners usage.  Over the next few weeks or more I am going to try experimenting with their use, get a feel for them and what each one means.  I do have a list to work from for interpretation, thankfully, because I don’t know that I could figure it out from scratch!

The list I am working from shows that each letter has a corresponding sentence, and that sentence begins with a word that begins with the letter of the oracle (at least, when it’s written in proper Greek).  That first word is the key word around which the meaning of the oracle is determined.  I have to admit though, the sentences given are not entirely self-explanatory in all cases, so this leaves a fair bit of room for interpretation.

The link above does include a meaning for each sentence, so that’s handy as well.  But it is entirely possible that in experimenting with this divination method that I will discover a different meaning for some of the sentences – which is fine with me, as everything is open to interpretation in my opinion.

Interestingly, last week Phosphorou from Bearing His Light ran a little thought project on Facebook that I was lucky enough to be part of.  She didn’t tell us what it was for, but it was fun to be part of and when she did reveal the end result, well I was pretty happy about it.  Turns out, she was trying to connect the oracle, each letter and their meanings to specific deities, all with our help.  So her project is hopefully going to be a little bit of added help in my psephoi education.

Below I have included an image of a table I drew up with each letter, the keywords in Greek and English, and then the meaning in my own words – it’s all pretty similar to the list I linked above though. 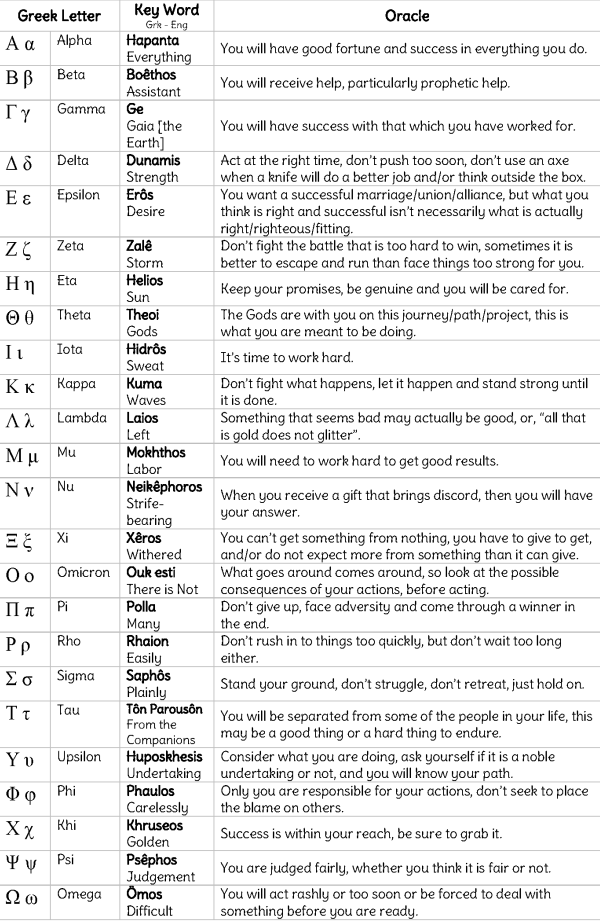 If anyone has some experience with using psephoi, do let me know how it’s gone for you and whether or not the interpretations have been the same for you as the linked list or the image above. 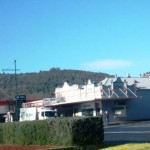 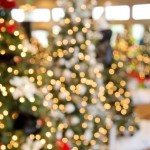 December 8, 2016 Being Non-Christmas is Hard
Browse Our Archives
get the latest from
Pagan
Sign up for our newsletter
POPULAR AT PATHEOS Pagan
1

Voting Out Trump Is a Part...
Raise the Horns
Related posts from Hearth Witch Down Under

Samhain in the Time of Covid: The Spiral...
It's not a surprise that Samhain is online this year -- for...

Working With Ancestors During Samhain
It is often said that the veil is thin at this time...
view all Pagan blogs
Copyright 2008-2020, Patheos. All rights reserved.