When I first learned about catastrophes such as happened with Mt Etna and Mt Vesuvius – volcanic eruptions resulting in mass deaths – I said to everyone who would listen, “What kind of idiot would live so close to a volcano anyway?”  I was an unforgiving child and the logic was pretty clear on this – volcanoes are bad, they kill, don’t live near them and don’t complain if you get killed by one if you do choose to live near one.

I moved to where I am now back in 1997 when I was 11 years old, I obviously had no choice in the matter.  I still said that stuff about living by a volcano until, many years later coming up on adulthood, I realised the absolute stupidity of my statement, not to mention the stupidity of my own self.

Leura Maar is the name of a volcanic complex, 2.5 kilometres long, 1.7 kilometres wide and up to 50 metres deep (Google the conversions yourself).  It is just one of the over 30 maars in the south west of Victoria, and is part of the third largest volcanic plain on this planet.  The main points of Leura Maar are Mt Leura and Mt Sugarloaf, which are two small grassy mountains separated only by a large crater.  At the base of these two mountains lies a town.

My town.  My town sits at the feet of two volcanic mountains, inside a large volcanic maar, within the third largest volcanic plain in the world.

Leura Maar doesn’t hold any of those fancy volcanoes, all jagged and rocky looking, with broken tips and molten rock inside of them, visible for all the brave to see.  No, Leura Maar holds two small mountains that look like nothing more than overgrown grassy hills – smoothish sides, native trees growing everywhere (I may have planted some of those trees).

It is easy to forget they are actually, technically, volcanoes.  Inactive and “extinct” volcanoes, but volcanoes nonetheless.  And honestly, how volcanoes that are only 20,000 years old (yes, that is actually young) can be considered extinct is beyond me.  But to my mind an extinct volcano is nothing less than a volcano waiting to destroy the planet any minute now.

Anyway, it’s easy to forget they are volcanoes – so perhaps I can be forgiven for making those stupid statements about people who live near volcanoes.  Sometimes it is easy to overlook the most obvious things, the things that fill your sight so largely but so often can sometimes cease to be seen.  So I might also be forgiven for not thinking that it might be a good idea to be honouring some volcanic entities in the hopes they don’t explode my life in a molten rocky hell.  Okay not really, but there are volcanoes in my town and it seems pretty obvious, now, that they should be playing a role in my practice – which is likely to involve Gods or other entities.

So I have been searching and researching Hephaistos, or Hephaestus if you prefer.  I know a little bit about Him, but have never worked with Him or offered to Him before.  Indeed I’ve felt little connection to Him at all before now.  I know He is married to Aphrodite, or a Grace, depending on the story.  I know He is considered ugly, but maybe not in the overall sense, more in the sense that He is lame and that equals ugliness – considering athleticism was a big deal to the Greeks, it stands to reason that anyone who is lame would be considered ugly, even if they are otherwise good looking.  It’s sometimes difficult to tell what is meant though.

He is the son of Hera and perhaps Zeus, He was conceived either by Hera alone or by Hera and Zeus without Zeus being aware of it.  Hera may have thrown Him off mount Olympus when He was born, or Zeus may have at some later time.  Either way His lameness was made complete and permanent by the fall.  He is loyal.  He makes all the divine weaponry and the beauty of His creations makes up for His ugliness.

He is the God of fire, artisans, smithing, metals, crafters and volcanoes.  He and His forge reside within a volcano, and it can be said that all volcanoes are His forges.

Those are the basics.  Except for the information about volcanoes – the stuff about volcanoes is the entirety of what I could find.  There is nothing else about Him and volcanoes.  No epithets, no poetic titles or names, no hymns, no stories, no festivals, no rituals.  Nothing.  This appears to be because He seems to have become a volcanic God only after His syncretism with Adranus-Volcanus, the Italian volcano God.

How in the hells am I supposed to honour a specific aspect of a deity if I cannot find anything about that aspect?  I am in no way against honouring Hephaistos in His other aspects, but that was not my purpose here.  I am looking at volcanic deities specifically.

I long identified myself as an Eclectic Pagan, and now use the label of Syncretic Hellenic Pagan.  They basically mean the same thing though, Eclectic and Syncretic – sometimes they are synonyms.  The syncretism of my Hellenism is mostly about adapting Hellenism to Australia and the southern hemisphere, as well as the modern day and the fact that I am a Hearth Witch – my previous Eclecticism was much the same really, but more about general Paganism rather than specifically Hellenism.

Eclectics appropriate, Syncretics borrow – they essentially mean the same thing, it’s all about taking what doesn’t naturally or traditionally belong, and probably doesn’t belong to you.  My form of appropriation or borrowing comes by looking at various cultures and beliefs and using those as inspiration.  I don’t take things like deity names or exact rituals or anything like that – I don’t really want them anyway.

I Googled the basic and simple “Volcanic gods” and came across a nice little article on Aztec/Mexican volcanoes and lore.

At the center of each patio, families built small shrines consisting of mountains modeled from clay, stone, and potsherds crowned with crudely carved heads of humans or serpents. Some are clearly effigies of Popocatépetl. Beneath each carved stone head is a chimney that leads to a charcoal-filled chamber dug in the patio floor. Smoke would have puffed out from under each head in imitation of the ash and vapor plumes expelled from the crater during volcanic activity.

What a fascinating idea that is.  Can you imagine it? Building a small imitation volcano, say in your front yard, and having a sort of small cavern underneath that can be lit and spew smoke out of the volcano. I won’t be doing that, however, an imitation volcano with Hephaistos’ name carved into it wouldn’t go astray for shrine use.  Similar to the basic aspect of Aztec/Mexican idea, but not a direct copy or appropriation of their beliefs and culture.

Tradition requires that he be venerated with offerings placed in sacred caves high on the slopes of the mountain, an example of the general Mesoamerican metaphor of caves on mountains and temples on pyramids. Ten years ago there were still specialists well versed in the rites of propitiation for the volcano, but when the last of these died, the rituals were not performed correctly and, for the most part, the offerings were discontinued.

First, that’s just seriously sad.  Secondly, duh, of course place offerings on the volcano itself! I probably would have thought of it, but I read this first so now we’ll never know.  Our volcanoes have no caves but leaving offerings, ones that decompose quickly and don’t interfere with nature, on the top of the mountain or really anywhere on the mountain, is a good idea.  Which leads to the obvious, if I do any festivals in honour of volcanic Hephaistos, procession up the mountain is the way to go – which is daunting, I hate walking up that mountain.  It has a road on it and it’s not like rock climbing or anything, but it’s a hike and I am lazy.

Of course there is some lore from hellenism regarding volcanoes, but so far it all seems to be about specific volcanoes and there isn’t much in the way of ideas for practice.  I still need to look a bit more deeply at Roman mythology and traditions regarding volcanoes, hopefully there is something there – and Roman religion is quite close to Hellenism,  so quite easy to adapt.

There Are No Answers Here

I do hope you weren’t expecting answers with this post, because I have none.  I have only questions and ideas.  The ideas themselves are more ideas on what ideas I need to figure out, similar to how I make lists of the lists I need to make.

Name: ??? Leura Hêphaistia?
Date: Unknown, annual.  February maybe, Hephaistos was apparently honoured during bushfire seasons, so this seems fitting.
Place: Mountain
Deity: Hephaistos.  And some other mountain deities?
Ritual: Procession up mountain.  Rest unknown as yet.
Hymn/s: To formulate
Offerings: What do you offer to volcanic Gods???  Hot/spicy/red stuff for volcanic symbolism, or cold to say, please don’t get too hot?
Other Ideas: Colours, would be red, orange, brown and green (for the grassy mountain).  Build a temporary natural shrine on the mountain for the offering and ritual.  Craft something while up there, maybe not any type of smithing, but some kind of crafting in honour of the forges within volcanoes.

So, that’s all I have so far.  Not much, right? This is what it is to be an Aussie Polytheist following a European tradition, and refusing to leave my local land out of my practice.  It’s not always easy, it is time consuming, it can be frustrating and it’s surely daunting.  But it’s exciting too, and totally worth it when you get your answers. 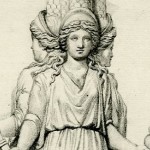 November 28, 2016
Looking Back On My Beliefs About Hekate
Next Post 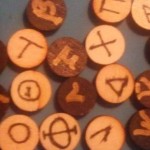 December 5, 2016 Divination - The Greek Alphabet Oracle
Browse Our Archives
get the latest from
Pagan
Sign up for our newsletter
POPULAR AT PATHEOS Pagan
1