Over the last year there have been a couple public mass witch actions that have gone so viral they’ve attracted the attention of even the mainstream media.  Things like the mass hexing of Brock Turner and mass binding of Donald Trump were very popular actions, in both positive and negative ways.

One of the more interesting reactions I read came from those in the Pagan and related communities who did not agree with these actions whatsoever.  Accusations were levelled against the public hexing witches that they were delegitimising Paganism, and undoing the hard work of those who pioneered witchcraft and Paganism.  Decades of hard work down the toilet.

Despite not being part of the mass hexings and bindings, I find those accusations a bit…. Well, enraging actually.

The Hard Work of Our Pioneers

It’s pretty well known that Paganism, Witchcraft and the various related religions and traditions aren’t exactly well understood and generally not well accepted.  But decades and decades ago it was worse.  The stereotypes that still exist today were believed by so many more people.  Back then, you tell someone you’re a witch or Pagan and you have a 90% chance of being accused of all sorts of awful things.  Today, you have a 50/50 chance of that or the alternative, “Oh so you’re like one of those Wiccas or something?”

Our pioneers and predecessors must have spent a lot of time and energy attempting to dispel the myths and stereotypes about us.  More, they would have done so in some dangerous circumstances.  It is because of these people that we have that 50/50 chance of being stereotyped as Wiccans instead of as baby eaters who are probably going to curse the neighbours cows.  It’s because of them that half the people we meet do not automatically assume we worship the devil, summon demons and ghosts, curse everyone for all sorts of reasons, sacrifice animals in blood filled orgies, eat people, kidnap babies and make potions out of bats wings and newt eyes.

So, now we aren’t automatically assumed to be evil killers by the majority of the population.  We are more accepted and tolerated by the populace.  Not in all places, not by all people, but certainly more people than if these pioneers hadn’t worked so hard for our legitimacy.

Removed from our religions and traditions are things like cursing, hexing, binding, demonology, summoning, animal sacrifice and more.  Replacing those is the idea that Pagans and Witches follow a rule of harming none, and we believe in the threefold return, a bastardised karmic system that is a lot harsher and faster acting than the original karma.  We are a peaceful people, loving and kind and we don’t hurt anyone or anything.

The worst that we might do is rant and rave about animals and mother nature, we might chain ourselves to trees and yell at you for eating meat.  We might dress weird and use odd symbols, we might dance naked in circles and we might do things that are called spells, but probably aren’t anything but poetry anyway.  We are safe, a little odd, but safe and no threat at all.

Is Paganism Legitimate and Accepted?

If the things that people accept about us are not reflective of the reality of us and our religions and practices, then can it really be said that Paganism is legitimate and accepted by those outside of Paganism?  The answer is a simple hard no!

Are we as barbaric in the eyes of our own pioneers and predecessors as we are in the eyes of the Christianised populace?  It seems so going by the judgment some of our still living pioneers are aiming at us.

If you curse or hex, you aren’t one of those they fought so hard for.

If you practice animal sacrifice, you aren’t one of those they fought so hard for.

If you worship the devil (or are a Satanist or Luciferian), you aren’t one of those they fought so hard for.

If you summon demons, you aren’t one of those they fought so hard for.

If you don’t follow the rule of harm none, and threefold return, you aren’t one of those they fought so hard for.

If you are any of these things, you are not part of the Paganism that was presented to the public.  You aren’t part of the witchcraft that people find acceptable, or tolerable.  No one fought hard for you as they sought to legitimise a religion by wrapping it in an appeasing Jesus bow.

Maybe We Should Undo Their Hard Work

We owe a fair bit to those who are named our pioneers.  But in this one area, perhaps people should stop acting like we owe them anything.  What they did for us wasn’t actually a good thing – how can it be good that we can’t be open about the things we do in our religions?

Things like these public mass hexings and bindings are perhaps more important than we realise.  Not just for what they are aimed at doing, but for what they aren’t aimed at doing.  Bringing a bit more of us to the light, bringing a bit more of our truth out.  There is a lot of work to do to gain at least a semblance of tolerance for the less pleasing aspects of our many religions.

Maybe we should get to it – instead of acting like we owe something to those who denied us the right to exist as we are. 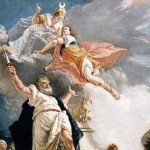 March 17, 2017
Iphigenia - The Human Origins of Hekate
Next Post 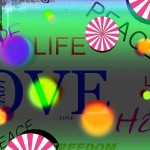 March 27, 2017 Do Our Stereotypes Keep us Safe?
Browse Our Archives
Related posts from Hearth Witch Down Under