Do You Have a Source for That?

One of the things that seems to create the most problems when discussing and debating things in the Pagan, especially online, communities is the modern vs ancient butting of heads that often occurs.  Someone will post something that is ostensibly ancient and others will comment either that it is not historical or they will ask for proof that it is actually historical.

And that’s when all the sparks fly and the feathers get ruffled.  On both (or all) sides of the debate – or what most often turns into a full blown argument, complete with insults, assumptions, and base generalisations.

Why the Sparks and Feathers?

It’s an interesting phenomena, the way the discussion almost immediately descends into a chaotic deathfight, as soon as someone asks about the veracity of the original assertion.  If you’ve never encountered such a thing before, you are like to watch the whole thing with a significant amount of shock and confusion.

Because often, there doesn’t seem to be any reason for things to go so bad.  A comment is made, a person asks a question or makes a statement and things explode.  No reason, why does it happen?

It comes down to previous experience. There are elements of the Pagan and related communities who have puritanical opinions regarding history – if it isn’t historical (and cannot be proven such via archaeology or ancient literature) then it doesn’t count.  Modern beliefs, modern practices, modern adaptations, modern festivals.  Basically anything modern doesn’t belong in the religion or tradition.  And it doesn’t matter that we often all have individualised religions and traditions, because in their view it is my way or the highway.

And so, if you experience this sort of fundamentalism within our communities, as soon as someone else pops up and asks anything about the veracity of somethings history, or makes comments to refute the historical accuracy of something – the assumption is made.  This person is also one of those traditionalist fundamentalists.

Fundamentalism Creates Problems, So Do Assumptions

That’s the whole problem right there. Encounters with Trad Fundies can be pretty horrible, they can get very nasty and when they attack someone who is relatively new to a religion it can drive those newbies away.

The problem though is that the assumption that everyone who mentions history or asks for a source is also a Trad Fundy, and thus deserving of insults and attack creates just as much drama and problems as a real Trad Fundy can.

I might be a bit biased though, having been the recipient of one of these attacks based on assumption of my intent.  I came across a thread on Facebook about one of Hekates festivals, someone asked if it is ancient and I said it wasn’t.  I made no judgement on the festival, no judgement on those who celebrate it, no judgement on anything or anyone.  In fact I even said that modern festivals can be great – but it wasn’t good enough.

It was an interesting and somewhat confusing experience, to be accused of hating all modern things, to be told how horrible and awful I was for hating modern festivals.  When I happen to actually celebrate several modern festivals – including ones I have created for my own self, specifically for my region here in Australia.  Totally modern, completely unique.  But, I hate modern festivals.  Interesting.

Why Do We Care About History?

There are several levels in which we might care about history when it comes to our religions.  Obviously, there are some who care about it so deeply they can barely accept the existence of the modern world around them.  Their focus is on living the history they love so much. Most Pagans are not like that, no not even the Recons and Traditionalists! But for people like me, the concern is about truth and facts.

I am sure I have mentioned my derision for the spread of various misconceptions and outright lies within the Pagan and related communities.  And therein lies my little problem, my own little bubble of fundamentalism.  I hate those misconceptions so much that I might, occasionally, be a little abrupt when it comes to refuting them.  But generally speaking (and certainly in the example above) I merely make a statement and point out that other than the lie about history, the fact that it isn’t ancient is actually irrelevant.

And that’s it right there.  It’s all about the lie, the spread of misinformation.  Of course there are certain things in history that mean more than that, to me, personally – but that has nothing to do with such things.  When I make statements about something being historically inaccurate, I am only doing so to get rid of the lie – I am not making a judgement on the thing being discussed.  And if I ask for a source, I am often asking so I can look for it and research it and learn about it.  Not because I don’t trust the persons information – but because if I choose to write about it elsewhere, those reading my words may not trust me!

I guess there are several conclusions that can be made from this brief post.  First, if you are going to make assertions about the history of something you should probably have some sources to back you up – and no, random blog post that doesn’t share its sources doesn’t count.  Sorry.

Second, don’t make assumptions about a persons intent – especially assumptions based upon the behaviour of someone else in the past.

Third, when commenting about history, especially when refuting someone else, be sure to clarify your intent as much as you can.  It won’t always work, but it can head off most of the arguments, most of the time.

Fourth, sometimes no one wants to know the truth.  They are happy thinking that what they know is true, and while it can be hard to let misinformation just sit there all happy like that – sometimes we really need to just keep our damn mouths shut (or fingers off the keyboard).

Lastly, it’s really easy to turn a simple discussion into an argument – especially if you let your emotions into it.  Many times, when we think someone is being obtuse and perhaps fundamentalist in their arguments, it is actually our emotions clouding the issue and they aren’t doing anything “wrong” at all. 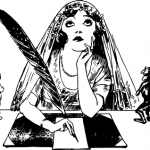 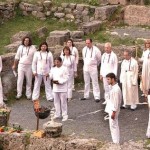 May 26, 2017 The Importance of Ritual in My Paganism
Browse Our Archives
get the latest from
Pagan
Sign up for our newsletter
POPULAR AT PATHEOS Pagan
1

Why Are Pagan Groups Cash-Poor?
John Beckett
Related posts from Hearth Witch Down Under