Miasma and Cleansing Self After Moving Home

Miasma can be a bit of a touchy topic to discuss in the Pagan and related communities.  But it’s part of my tradition so it’s something that needs to be discussed sometimes.  Especially when I have become extremely miasmic and want to share what I have done to cleanse myself of it.

Miasma is basically a spiritual dirtiness that we attract through everyday life.  There is a whole host of things that can attract miasma to us. Just like normal dirt ends up on our bodies just from existing (we can’t stop those dead skin dust motes from sticking to us), so miasma ends up on us through the everyday act of living.

Miasma isn’t a bad thing really, it’s not a judgement upon us about how awful we humans are – it’s the nature of living our lives.  But it is important to cleanse ourselves of miasma before engaging in certain things – namely, rituals or other things that bring us into communication or the presence of the Gods.

While we attract miasma through normal living, just like normal physical dirtiness there are certain things that we can do or experience that increase our miasma in significant ways.  Generally major transitions and things that have a massive impact on us will attract larger amounts of miasma.  Giving birth, being around the dead, committing some big crime like murder, even sex or at least the fluids that come from sex can create miasma.  Moving house is another of the things that create miasma in large amounts.

As some of you may know, from reading my post on being an armchair Pagan, back at the end of April I moved out of the house that was my home for the past almost 8 years.  It wasn’t a simple thing though, I had nowhere to move to and so ended up staying at my mothers house temporarily, with my three kids, while I tried to find a house.

I was there for two months, but on the 19th of June I got the keys to my new rental house and on the 21st – the winter solstice – the kids and I spent our first night here.  I have spent the past month moving in, unpacking, arranging and rearranging, organising, sorting and the like.  It’s not even all finished – but it’s just normal sorting and organising now.

A process like what I have been through in the past 3 months is not a small thing.  We have to be honest, I was about 5 seconds away from being completely homeless, with three children! I was in a house that was not my own, unable to do the things I needed to do, on a religious level.  My stress levels were at maximum.  I have technically moved house twice since the end of April.

The level of miasma that must surround me is pretty bad, even with regular basic cleansing with khernips and other similar things.  I mean, I swear I can almost physically feel it on me – that’s how bad it is.

There is more to moving home than just the normal mundane beginnings or unpacking and organising everything.  I am a Hekatean Hellene and a Witch, so being in a new home means I have some less mundane things to take care of.  Not to mention, just in general I would like to get back to my rituals and normal religious practice!

But none of these can be done while I am so miasmic.  So a big cleansing of self, something far more dramatic than a basic khernips hand wash, is necessary.  Thankfully my new home can actually provide me with some help in this.

First of all, I have a bathtub for the first time in 8 years!  I also have some lovely trees in my yard, natives, that I can use for the purpose of cleansing.  Eucalypt, paperbark (tea tree) and bottlebrush, to be precise – all of which can be used for cleansing, healing, banishing and protection.

Cutting the Ties that Bind

The most obvious way to do a cleansing of the self is to have a cleansing bath, which is obviously what I had planned.   But it’s not the only thing that can be done.

Before I had the bath I did something else, something that was hard for me to do but that I recognised as being needed.  I cut my hair.  My lovely long hair that I had been growing for over five years.  So sad.  The reason I cut my hair is really very simple.  My hair has been growing, uncut (okay trimmed occasionally) for many years and the whole of my experiences from those years are surely bound up in my hair.  Five or more years of good things and bad things, multiple transitions including births and deaths, moving house and so much more that I cannot even begin to explain.  My hair was all that was left of me that really could be said to be a direct tie to the past.

So.  It had go.  Not all of it of course, because I will be damned if I will go bald and certainly not in the middle of winter.  No, just to about shoulder length (from below my waist length).  And the moment my scissors chopped through the lengths, I could feel the difference – not just the lightness on my head, but another deeper difference.  A weight inside of me easing.

The Cleansing of Me

After that I of course ran my bath.  I had earlier in the day cut some pieces from my own trees as well as some other herbs I have around – rosemary of course.  These I placed in a makeshift net – actually a sheer scarf that I tied off to create a little herb bag – and placed that under the tap.  I poured some salt into the bath and also some lavendar bubble bath, because, bubbles!  I lit some incense, opting for dragons blood for this one.  I also lit some candles, for ambience mostly, but it helps to increase the overall effect as well.

Before I actually got in the bath though I did one last thing – I set fire to a small eucalypt leaf and dropped it into the bath.  In essence, I turned my entire bath into a huge bowl of khernips.

I had a quick shower after the bath, because baths are kind of gross, and I needed to wash my newly cut hair.  Then I went outside for a little while and just wandered around the yard a little bit, looked at the stars and the trees and let the winter night chill away whatever dirt might be left.  I did not partake in any ritual yet, I plan to wait just the few nights until the Deipnon.

And now I am inside, drinking a tea, listening to some music, practically hugging the heater and writing this post.  And I feel not only clean, but relaxed, fresh and ready for the next step.

Getting witchy with my new home. 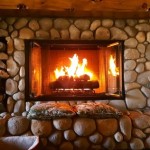 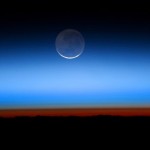 July 24, 2017 Which Moon - New Moon vs Dark Moon vs New Moon
Browse Our Archives
get the latest from
Pagan
Sign up for our newsletter
POPULAR AT PATHEOS Pagan
1