The Thrifty Heathen’s Guide to Offerings 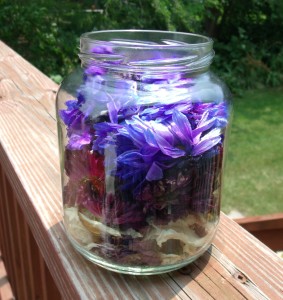 When I first started out in Paganism years and years ago, I was a completely broke teenager with incredibly little at my disposal – for much of that time, I didn’t even have a permanent residence.  Reading all the 101 Intro to Wicca books, there were lists and lists of materials needed, how to make a proper altar, rare and exotic ingredients without which spells would be less effective.  Luckily I was a critical reader even as a young person, and so I made do and adapted and was able to escape the trap of thinking I wasn’t “good enough” or authentic just because my athame was a borrowed kitchen knife and my love spells used clovers found in a field mixed with red food coloring.

Now that I am a Heathen, I have seen a lot of this same idea coming from some of my fellow Heathens (and other Polytheists as well).  In Heathenry, the “religion with homework”, buying and reading lore and scholarly articles is seen as necessary for a good religious practice.  Altars are usually simple, but there is an emphasis on quality, with less-expensive representations of the Gods seen as undesirable.  Offerings especially come under a lot of scrutiny – how much are you offering, how expensive was it, etc.  This excludes not just those who are starting out very young and in a potentially hostile home, but those who are in poverty for whatever reason.  This is not the only way to practice Heathenry!

So without further ado, I offer the Thrifty Heathen’s Guide to Offerings!

1) Write, sing, or dance.  Offerings aren’t about how much money you’re spending, but in my opinion, they’re about how much effort you’re putting forth.  Whether that’s two hours at work to pay for a bottle of nice mead, or two hours spent composing a devotional prayer, those are two hours that you’re dedicating to your Gods.  For that matter, more effort is not always better.  In the Havamal (here translated by Olive Bray), Odhin says in stanza 144 “Better ask for too little than offer too much, like the gift should be the boon; better not to send than to overspend.”  You don’t have to spend money for your offerings to be valid or worthy.  Writing a prayer, singing or playing a song that makes you think of your God, or even dancing to that song if you’re not musically inclined, can all be wonderful ways to honor a deity without spending any money at all, just the effort of your mind and body. 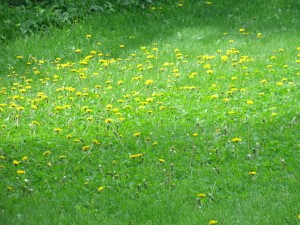 2) Gather offerings from the world around you.  With this same idea of “it’s the effort that counts”, gathering things from the world around you can be a great source of offerings.  This year I plucked a huge amount of dandelion blooms from my yard when they started coming out in full force (leaving a small sip of water for each plant), tied them up in my kitchen to dry, and now I offer one to Sunna every morning.  I’ve collected rocks and painted them for deities, collected fallen branches and carved them with symbols sacred to the spirits, and arranged small altars of found objects for the land wights.

3) Re-gifting.  I am a firm believer in re-gifting.  I think the idea that offerings have to be totally new and unused is a holdover from our consumerist society where only new things make good gifts.  I have always enjoyed being gifted things that have been previously owned, especially if I know the previous owner wouldn’t have been able to enjoy it in the same way that I could.  i believe my Gods and the spirits I honor feel the same way.  I will sometimes be gifted flowers, or strings of beads I can’t use, or any number of little odds and ends.  If I see something that particularly catches my eye for a deity or spirit, I will set it aside or put it on my altar as a gift to Them. 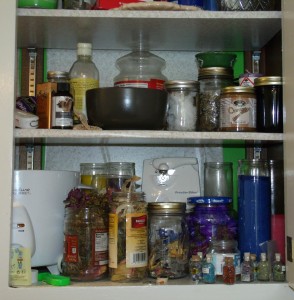 4) Simple things we all need. Offerings and gifts to the Gods and spirits don’t have to be elaborately thought out or prepared, either.  Each morning when I make myself a cup of tea, I set aside a few spoonfuls in a bowl for my ancestors.  When I make meals, I will take some small things out afterwards and leave them for the land wights.  Basic needs like food and water can be gifted to the deities and spirits, even a tiny amount, and I believe They appreciate these things as They would any others.

5) Everyday actions in the deities or spirits realm.  When I clean the house, I make a point to say a little prayer dedicating my efforts to the house wights.  When I work in my garden, I will first say a prayer to Nerthus and the land wights.  There are deities and spirits that preside over almost every aspect of human life, even in our modern times, and your efforts in those areas can be dedicated to Them with great effectiveness. 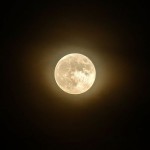 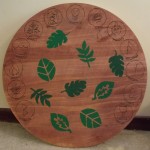 July 3, 2015 The Thrifty Heathen's Guide to Altars
Browse Our Archives
get the latest from
Pagan
Sign up for our newsletter
POPULAR AT PATHEOS Pagan
1