The Land Is In Your Bones 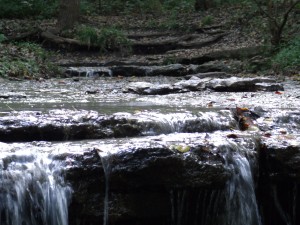 I realized today that I’ve never lived more than 50 miles from where I am now. This would have been abhorrent to me as a young teenager, full of wanderlust and waiting to discover the world. All I wanted was to get away from bland, closed-minded Nebraska and find a place where I fit in.

It turns out that my homeland is neither bland nor closed-minded; at least if you’re willing to look for the right groups of people. And neither of these things are inherent qualities of the land itself. The wide stretching prairie, the gently rolling hills, the shadows of clouds that hurry across empty roads: these are what my land is made of.

Yesterday I was sorting through pictures of interesting architecture to show the children in my class. As I paged through them, the sky of one picture caught my attention. Its blue was instantly recognizable, its clouds so familiar. I knew at once that this was a picture of my home – and sure enough, it was a pretty shot of our state capitol building.

It surprised me that the sky was so recognizable. I would have expected the sky to be mostly the same as anywhere else; and in comparing the pictures, it was hard to say exactly what about my sky stood out. It was more of a gut feeling – I know those clouds, I know that blue. 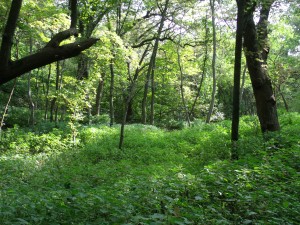 CS Lewis wrote this in 1930, relaying the ideas of JRR Tolkien:

Tolkien once remarked to me that the feeling about home must have been quite different in the days when a family had fed on the produce of the same few miles of country for six generations, and that perhaps this was why they saw nymphs in the fountains and dryads in the wood—they were not mistaken for there was in a sense a real (not metaphorical) connection between them and the countryside. What had been earth and air and later corn, and later still bread, really was in them. We of course who live on a standardized international diet (you may have had Canadian flour, English meat, Scotch oatmeal, African oranges, and Australian wine today) are really artificial beings and have no connection (save in sentiment) with any place on earth. We are synthetic men, uprooted. The strength of the hills is not ours.

Very few words hit home for me as this quote does. I grew up with a garden, and I garden now, but of course the vast majority of my diet comes from far away places. How beautiful an idea – and how perfect an explanation – for our ancestors knowing and relating to the spirits of the land in a way that today sounds absurd to many who are not Pagan.

Though Tolkien seems to feel this agrarian past is irreplaceable, I disagree. For one thing, though I may not have been eating local food all my life, my family has been living and drinking water from this 50 mile wide circle for at least four generations. That water, pulled from rivers and aquifers, is filled with the minerals that make up my home. I am drinking the land each day, taking it in and re-making that essential, physical connection. 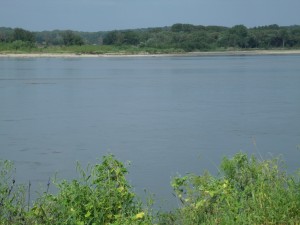 As I said earlier, gardening can also be a way to re-establish that connection. Growing crops in your soil, with spirits you see daily, is a powerful experience. Taking the fruits of your labors and using them to feed yourself and others is even more so. These are the gifts the spirits of the land have given our ancestors for thousands and thousands of years; it may be how they are most comfortable interacting with people. Don’t take this simple step for granted.

Also, as Pagan and Heathens we are generally engaged in actively seeking out the spirits of the land. Of the probably 100 people a day who walk the path of the pretty creek near my home, I imagine a fair few pause to note its beauty. But who is taking time to sit there near the water, to talk and to listen? I’m probably not the only person, but I don’t think the number is high.

Is it any wonder then that many who go looking find these spirits? It may be that our ancestors interacted with them so regularly because they didn’t need to look; but that doesn’t mean that seeking out these spirits is wrong or will never work. It’s been my experience that the spirits of my land want to interact. They are longing to share their concerns, to give their gifts, to receive our help and support in return. 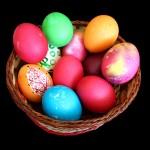 March 15, 2017
A Quick and Simple Spring Equinox Craft
Next Post 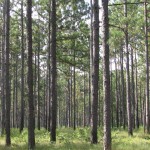 March 24, 2017 Religious Manipulation: When A Message From The Gods Isn't From The Gods
Browse Our Archives
Related posts from Heathen at Heart