The Coelbren Alphabet: The Forgotten Oracle of the Welsh Bards

The Coelbren Alphabet: The Forgotten Oracle of the Welsh Bards March 11, 2019 Molly Khan 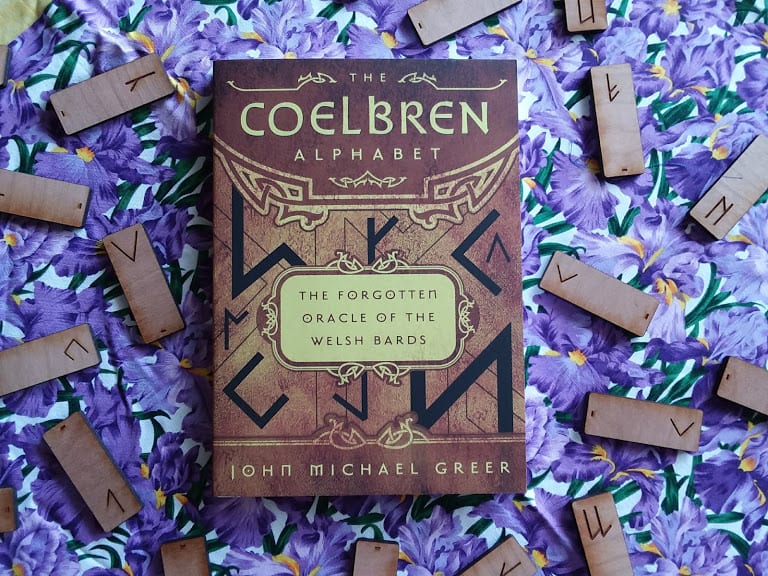 I’ve said it before and I’ll say it again; I have an obsession with divination. Something about the tactile feel of wood or stones or cards in my hand, the weight of the tools, the mysterious and occult nature of the symbols; the puzzle of finding the meanings hidden in the tilt of a piece, in the shadow falling on a symbol. These things are fascinating and beautiful to me. So whenever I come across a new way of doing this, I like to give it a try. In this spirit, a few weeks ago I picked up The Coelbren Alphabet: The Forgotten Oracle of the Welsh Bards by John Michael Greer.

To be honest, I know very little about Celtic history post-ancient times. I’ve done some study on the Ogham (check out Erynn Rowan Laurie’s Weaving Word Wisdom for a historically-informed Ogham magical and divination system). When I saw the title of the book, I rolled my eyes a bit. It seemed like the pseudo-historical claptrap that so often comes out of New Age publishers and you find for $5 in the bargain bin at the bookstore next year. But I like John Michael Greer’s writing and believe he is generally an author of honesty and integrity, so I picked it up on a lark. 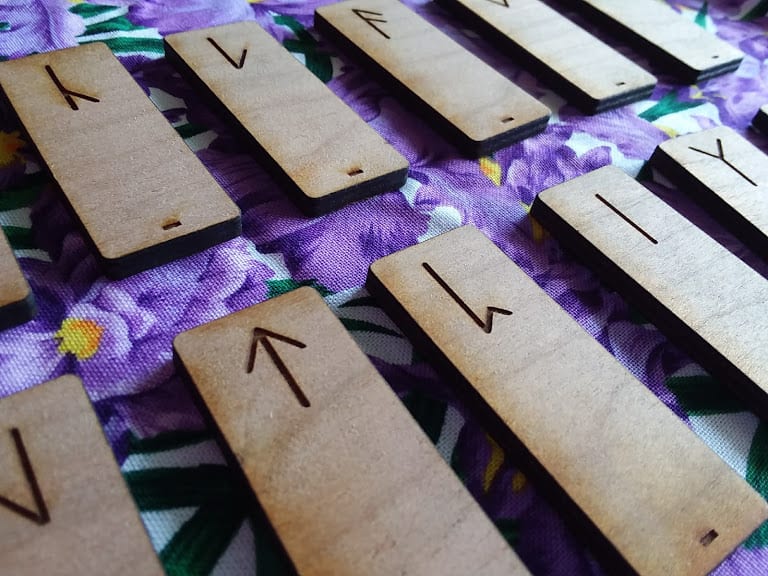 The Coelbren alphabet is a historical writing system, if by history you’re going back about 200 years. An invention of Iolo Morganwg’s, the alphabet was used by a number of Welsh bards during the resurgence of Welsh culture that accompanied Morganwg’s writings. A full third of the book is spent explaining the history of the alphabet, and I found it fascinating.

While apparently the letters have been popular knowledge among those who are interested in Welsh culture and spirituality for quite some time, Greer uncovered a text explaining the meanings of these symbols only recently. They are interesting in that the meaning for each sign is based around its sound, and the shape of the mouth when making it. Greer calls this sound symbolism, and I found it an engaging exercise as opposed to the shape-based meaning speculation I see so often with runes. The letters are simply named using their sounds as well.

The meanings account for the second third of the book, with the last third being devoted to the usual DIY instructions, how to divine, and spreads. There is an appendix focused on how to use the letters with the material in Greer’s The Celtic Golden Dawn, which is interesting enough that I might have to find that book as well. 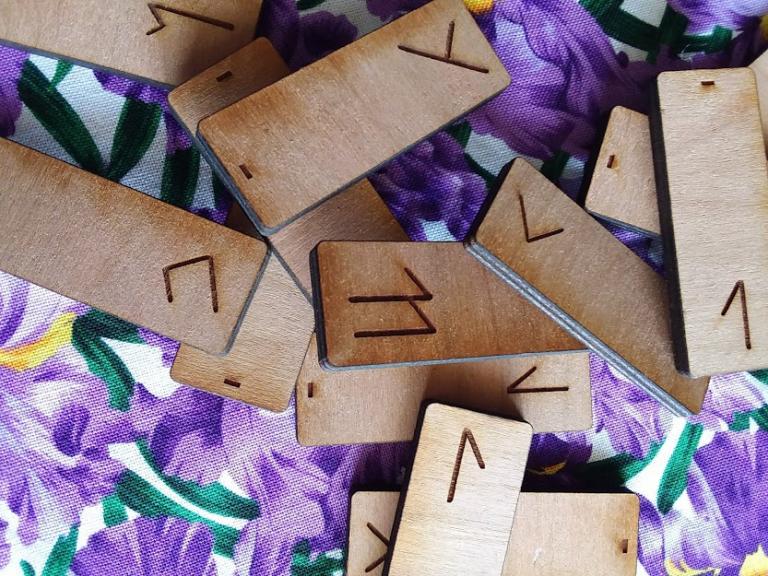 Making your own Coelbren set is easy, or there are a few available for purchase online. There are 24 letters, each with a marker at the bottom so it’s easy to tell which end is up. This is important with the Coelbren as many of the letters are upside-down versions of others.

To test these out, I drew three tiles focusing on a person in my life I’ve been having some difficulty with. My standard disclaimer about divination outside of a ritual context applies – I find it an interesting tool for stretching my brain, but I don’t take it as a message from the Gods unless I’m asking for one. 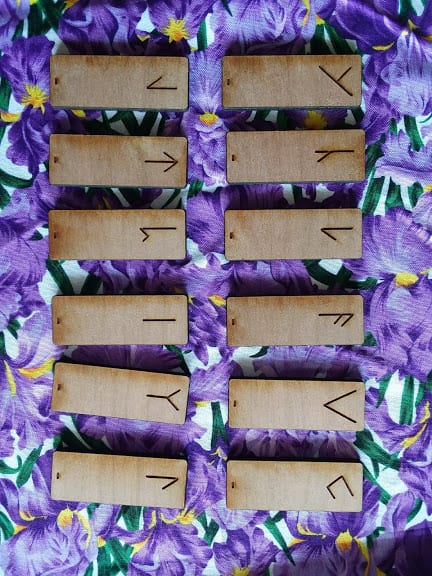 I drew the letters I, Mi, and Ffi. I means moving towards something, or continuing onwards. Mi is about the big picture, saying there’s more to a situation than meets the eye. Ffi represents making what you want happen, rather than waiting around for what you want. I see this as an opposition of two choices I have: either allow things to continue on, or make a move and change them for the better. Mi reminds me to keep the big picture in mind; whatever I chose, I’ll have to deal with it for the foreseeable future.

Overall, I found the Coelbren alphabet an interesting set to work with. The history was fascinating, though the meanings could have been flushed out a little more. I’d recommend it for anyone interested in divination, Victorian-era occult movements, or Welsh culture. 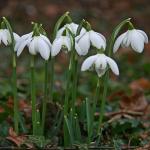 March 7, 2019
Easy Ways to Celebrate the Spring Equinox
Next Post 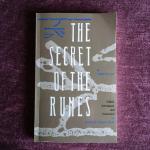 March 14, 2019 Racism Stole Heathenry's Past and Threatens our Future
Browse Our Archives
get the latest from
Pagan
Sign up for our newsletter
POPULAR AT PATHEOS Pagan
1

No, That's Not An Odal Rune
The Zen Pagan
Related posts from Heathen at Heart

Phoenix Rising: Finding Stillness in the Chaos -...
To my surprise I found myself face to face with a veiled...
view all Pagan blogs
Copyright 2008-2020, Patheos. All rights reserved.