The Spirits of Nature are Terrifying

I am an easily impressed person. A lot of things stir awe in me, and often a healthy amount of fear. Looking over the edge of a high cliff, standing in the vastness of the ocean, watching the waters rise dangerously in the creek near my home; these things make me afraid. So while I adore the spirits of the land and the waters, and I revel in their beauty, I acknowledge that sometimes they are absolutely terrifying.

A few days ago, a tornado touched down less than a mile from my home. I was standing at my large, 3rd floor living room window watching the storm unfold across the sky. I love storms, but this one didn’t seem particularly exciting. It wasn’t raining much and the lightning was unremarkable. The clouds were amazing, though.

They were incredibly dark, and were forming beautiful swirls and eddies in the sky. I stared at what seemed like steam or smoke blowing quite close to the the ground a few blocks away. I stood there for what seemed like an eternity, trying to understand what exactly I was seeing. The air grew very quiet around me, the rain stopped and the winds died down as I watched these dark patches of air slowly begin to coalesce into a recognizable shape.

In an instant, my brain snapped to understanding. “Kids, get up, let’s go,” I said as calmly as I could, and pulled my baby from his playmat and the two year old from her high chair. I rushed all of us down the steps as quickly as possible, while outside the sirens began to sound. Then all we could hear was the wind. We sat together in the interior hallway of my apartment building, listening to the storm try to tear the door away and rip its way inside.

A few minutes later, the danger had passed. The storm was nothing more than torrential rain, some small hail, and a still very impressive wind speed. We straggled upstairs and I tried my best to calm my toddler and get her ready for bed. While we waited for the power to come back on, the big kids and my partner and I played a few hands of Exploding Kittens by candlelight. Things were right again; Order had overcome the Chaos.

But for those few minutes, staring out into the storm trying to piece together what was happening, I was well and truly scared. Running down the stairs with my baby in my arms, I was terrified for all of us. With the climate changing, moments like this are becoming more and more common. There were six recorded tornadoes here from 1957 to 2016. Between 2016 and today, there have been four. I was very lucky that my city was spared the recent devastating Nebraska flood, but the river that overflowed and harmed so many is one of my most honored Goddesses. Nature has always been scary, but it is becoming scarier.

I am often rather baffled when I see people warning others away from darker or more frightening deities. When I was a baby Pagan, it was the Morrighan. If you worked with or honored Her, you were “asking for trouble”. More recently, I’ve seen the same thinking applied to Loki. I’ve even had people make similar comments about my Goddess Nerthus – let me tell you, She’s not all hidden faces and human sacrifice!

But if you’re honoring the spirits of nature in any capacity, you’re already embracing a great deal of death, decay, and destruction. Nature as a whole is very much a two-sided coin. Yes there is life and growth and prosperity, but there are also cataclysmic disasters and terrifying dangers. Even spring isn’t just flowers and warm sunshine; it’s also tornadoes and floods. I love the spirits of the land, the waters, the sky; but I will never forget that they are also dangerous, temperamental beings. Keep your wits about you. 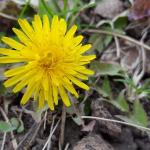 April 15, 2019
This World and the Otherworld: Fairies and Nature Spirits
Next Post 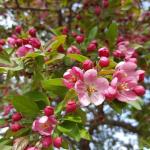 May 12, 2019 Nerthus: Prosperity, Parties, and Death
Browse Our Archives
Related posts from Heathen at Heart