The Northumbrian rune today is called Calc. It takes the shape of an upside-down Algiz rune. It represents a hard ‘k’ sound, not much different from Kenaz, the torch. It is found on relatively late runic inscriptions and is fairly rare even there. In his book An Introduction to English Runes, RI Page states that many of the possible translations for ‘calc’ are loan-words in English, which makes it likely the rune was invented by a well-read scholar.

The first possible translation is given by Page as ‘chalk’. He makes the connection from the Old English word for chalk, ‘cealc’, which would have been ‘calc’ in Northumbria. Chalk had a lot of uses in Anglo-Saxon times, and was quarried all over England. The most famous of course is its use as an artistic medium; the Uffington White Horse was carved out of the turf to reveal the white chalk surface beneath.

According to the British Calcium Carbonates Federation, it was called Hwiting-melu by the Anglo-Saxons, which literally translates to “whitening powder”. It was a pigment that whitened whatever it was mixed with; mostly paints and plasters. With its connection to the color white, I also would associate it with the elves. ‘Elf’ may have originally meant ‘white one’; check out Alaric Hall’s Elves in Anglo-Saxon England for details and other associations. 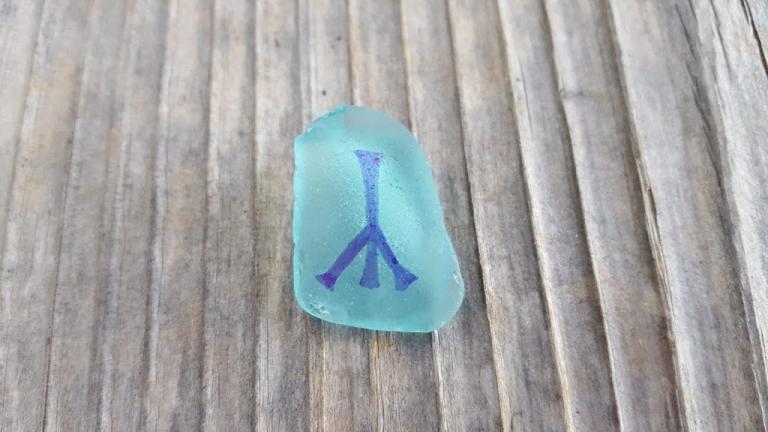 Another possible translation is suggested by Page as ‘cup, or goblet’ from Old English ‘calic’. This is the usual translation given for Calc, possibly following Nigel Pennick’s Runic Lore and Legend. Pennick takes it farther to suggest a ritual cup or goblet, even invoking the Grail myth as part of the web of the rune’s meaning. Calic was a new and foreign word in Anglo-Saxon times, coming from the Old French. It was a word of the learned and higher-class, suggesting perhaps a fancier drinking vessel than a standard wood cup of the time. There is nothing to suggest however, that it had any ritual or religious connotations. 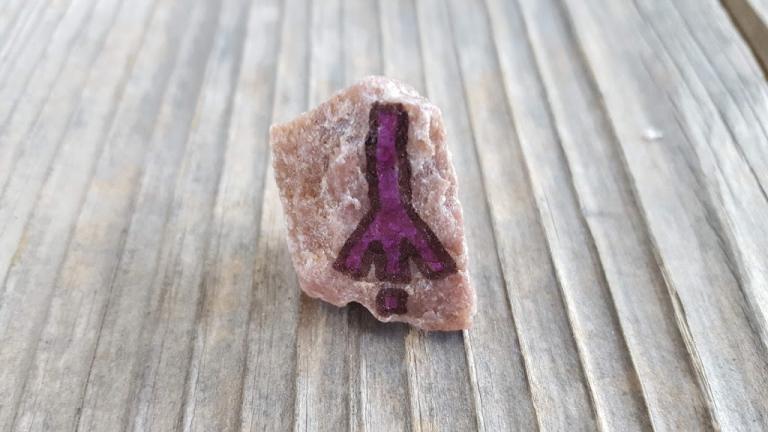 In the book Dress in Anglo-Saxon England, Gale Owen-Crocker lists the word ‘calc’ as referring to a sandal, probably a Roman footwear not worn in England at the time. She also states that the word probably entered the language after the conversion to Christianity was underway. Because of this, I tend to shy away from this interpretation. But it’s certainly possible to connect this rune to warm climates, travel, or an interest in foreign cultures through this translation.

Given the evidence above, I tend to choose an interpretation that leans towards the ‘chalk’ translation. It is a stone native to England, and I like the color connection with the elves as well. However, any of the above interpretations would certainly be reasonable. Like any divination set, ultimately you must decide for yourself! Check out Stan, Gar, and Cweorth for the other Northumbrian runes! 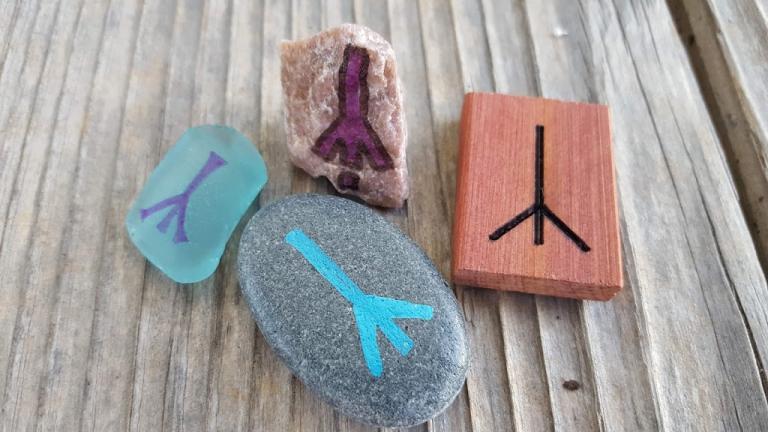 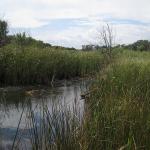 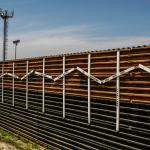 July 5, 2019 The Border Crisis Deserves our Action
Browse Our Archives
Related posts from Heathen at Heart